15 Bible Verses about Parables Of Sowing 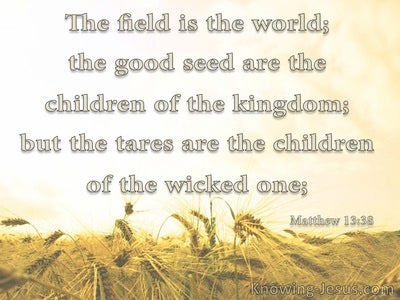 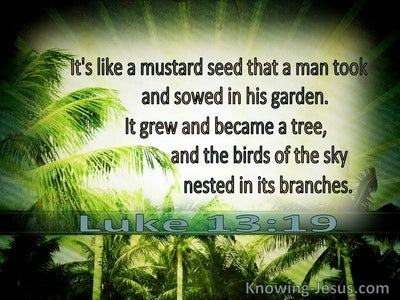 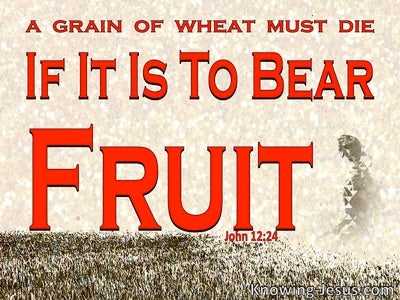 And he spoke many things unto them in parables, saying, Behold, the sower went forth to sow; and when he sowed, some of the seed fell beside the way, and the fowls came and devoured them up. Some fell upon stony places, where they had not much earth; and forthwith they sprang up because they had no deepness of earth;read more.
and when the sun was up, they were scorched; and because they had no root, they withered away. And some fell among thorns; and the thorns sprang up and choked them. But some fell into good ground and brought forth fruit: one a hundredfold and another sixtyfold and another thirtyfold.

Hearken; Behold, the sower went out to sow; and it came to pass as he sowed some fell by the way side, and the fowls of the air came and devoured it up. And some fell on stony ground where it had not much earth, and immediately it sprang up because it had no depth of earth;read more.
but when the sun was up, it was scorched, and because it had no root, it withered away. And some fell among thorns, and the thorns grew up and choked it, and it yielded no fruit. And other fell on good ground and did yield fruit that sprang up and increased and brought forth: some thirty and some sixty and some a hundred. And he said unto them, He that has ears to hear, let him hear.

A sower went out to sow his seed, and as he sowed, some fell along the way, and it was trodden down, and the fowls of the air devoured it. And some fell upon the rock, and as soon as it was sprung up, it withered away because it lacked moisture. And some fell among thorns, and the thorns sprang up with it and choked it.read more.
And some fell on good ground and sprang up and bore fruit a hundredfold. And when he had said these things, he cried, He that has ears to hear, let him hear.

Now the parable is this: The seed is the word of God. Those along the way are those that hear; then comes the devil and takes away the word out of their hearts, lest they should believe and be saved. Those on the rock are those that when they hear, receive the word with joy, but these have no root, who for a while believe and in time of temptation fall away.read more.
And that which fell among thorns are those who when they have heard go forth and are choked with cares and riches and pleasures of this life and bring no fruit to perfection. But that on the good ground are those who in an honest and good heart, having heard the word, keep it and bring forth fruit with patience.

He put forth another parable unto them, saying, The kingdom of the heavens is likened unto a man who sows good seed in his field But while men slept, his enemy came and sowed tares among the wheat and went away. But when the blade was sprung up and brought forth fruit, then the tares appeared also.read more.
So the slaves of the husband of the house came and said unto him, Lord, didst thou not sow good seed in thy field? From where then does it have tares? He said unto them, The enemy, a man, has done this. The slaves said unto him, Wilt thou then that we go and gather them up? But he said, No, lest while ye gather up the tares, ye root up also the wheat with them. Let both grow together until the harvest, and in the time of harvest I will say to the reapers, Gather ye together first the tares and bind them in bundles to burn them, but gather the wheat into my barn.

He answered and said unto them, He that sows the good seed is the Son of man; the field is the world; the good seed are the sons of the kingdom, but the tares are the sons of the wicked; and the enemy that sowed them is the devil; the harvest is the end of the age, and the reapers are the angels.read more.
As therefore the tares are gathered and burned in the fire, so shall it be in the end of this age. The Son of man shall send forth his angels, and they shall gather out of his kingdom all things that offend and those who do iniquity and shall cast them into the furnace of fire; there shall be wailing and gnashing of teeth. Then shall the righteous shine forth as the sun in the kingdom of their Father. He who has ears to hear, let him hear.

Then said he, Unto what is the kingdom of God like? and unto what shall I compare it? It is like a grain of mustard seed, which a man took and cast into his garden; and it grew and waxed a great tree; and the fowls of the heaven lodged in the branches of it.

But while men slept, his enemy came and sowed tares among the wheat and went away.

He put forth another parable unto them, saying, The kingdom of the heavens is like unto a grain of mustard seed, which a man took and sowed in his field;

He answered and said unto them, He that sows the good seed is the Son of man;

and the enemy that sowed them is the devil; the harvest is the end of the age, and the reapers are the angels.

The sower is he who sows the word.

Verily, verily, I say unto you, Except the grain of wheat falls into the ground and dies, it abides alone; but if it dies, it brings forth much fruit.