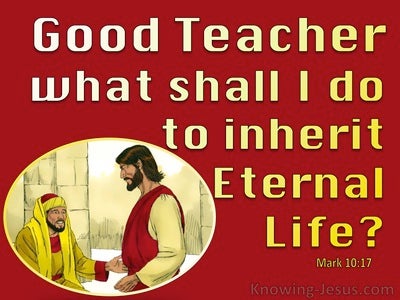 And Abram journeyed, going on still toward the Negev (south desert).

And Abraham journeyed from there toward the land of the Negev and dwelt between Kadesh and Shur and sojourned in Gerar.

And he retraced his journeys from the side of the Negev even to Bethel, unto the place where his tent had been at the beginning, between Bethel and Hai,

Then Jacob walked on and came into the land of the people of the east.

Exodus 3:18
Verse Concepts
A Feast In The WildernessPaying Attention To People
Weights And Measures, DistancesThree Days

And they shall hearken to thy voice, and thou shalt come, thou and the elders of Israel, unto the king of Egypt, and ye shall say unto him, The LORD God of the Hebrews has found us; therefore, we shall now go three days' journey into the wilderness that we may sacrifice to the LORD our God.

Exodus 5:3
Verse Concepts
A Feast In The WildernessGod Might Kill His People
SwordsThree Days

And they said, The God of the Hebrews has found us; therefore we shall go three days' journey into the desert and sacrifice unto the LORD our God lest he encounter us with pestilence or with the sword.

Exodus 8:27
Verse Concepts
A Feast In The Wilderness
Three Days

We will go three days' journey into the wilderness and sacrifice to the LORD our God as he has said unto us.

Numbers 33:8
Verse Concepts
A Way Through The Red SeaThree Days
Israel In The WildernessDeserts, Specific

And they departed from before Pihahiroth and passed through the midst of the sea into the wilderness and went three days' journey in the wilderness of Etham and pitched in Marah.

Exodus 17:1
Verse Concepts
No Water For PeopleCommands, in OT
Travel

And all the congregation of the sons of Israel journeyed from the wilderness of Sin, after their journeys, according to the commandment of the LORD, and set up camp in Rephidim; and there was no water for the people to drink.

And the sons of Israel set forward and pitched camp in Oboth. And they journeyed from Oboth and pitched at Ijeabarim, in the wilderness which is before Moab, toward the rising of the sun. From there they removed and pitched in the valley of Zared.read more.
From thence they removed and pitched on the other side of Arnon, which is in the wilderness that comes out of the borders of the Amorite; for Arnon is the border of Moab between Moab and the Amorite. Therefore it is said in the book of the battles of the LORD, What he did in the Red sea, and in the brooks of Arnon and at the stream of the brooks that goes down to the dwelling of Ar, and lies upon the border of Moab. And from there they went to Beer; this is the well of which the LORD spoke unto Moses, Gather the people together, and I will give them water. Then Israel sang this song, Spring up, O well; sing ye unto it. The princes dug the well, the willing people dug it, and the lawgiver, with their staves. And from the wilderness they went to Mattanah. And from Mattanah to Nahaliel, and from Nahaliel to Bamoth. And from Bamoth in the valley, that is in the fields of Moab, to the top of Pisgah, which looks toward Jeshimon.

For the husband is not at home; he is gone a long journey:

And as he was leaving to continue his way, there came one running, who kneeled before him and asked him, Good Master, what shall I do that I may inherit eternal life?

And Jesus went about all the cities and villages, teaching in their synagogues and preaching the gospel of the kingdom and healing every sickness and every weakness among the people.

nor bag for your journey, neither two coats, neither shoes nor a staff, for the workman is worthy of his food.

for a friend of mine in his journey is come to me, and I have nothing to set before him?

And we went into the ship and sailed unto Assos, intending to take in Paul there, for so he had determined that he should go by land.