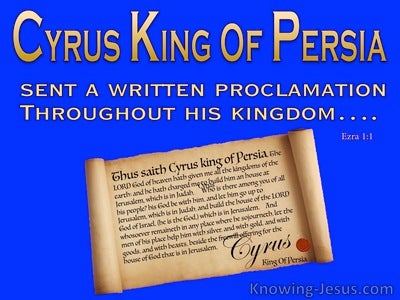 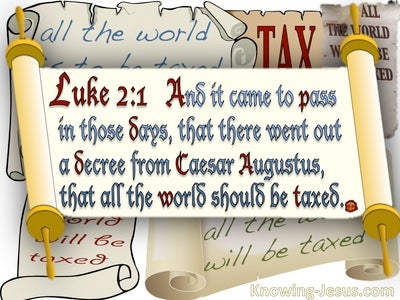 And the king of Egypt spoke to the Hebrew midwives, of whom the name of the one was Shiphrah, and the name of the other Puah: And he said, When you serve as a midwife to the Hebrew women, and see them upon the stools; if it be a son, then you shall kill him: but if it be a daughter, then she shall live. But the midwives feared God, and did not as the king of Egypt commanded them, but saved the male children alive.read more.
And the king of Egypt called for the midwives, and said unto them, Why have you done this thing, and have saved the male children alive? And the midwives said unto Pharaoh, Because the Hebrew women are not as the Egyptian women; for they are vigorous, and are delivered before the midwives come in unto them. Therefore God dealt well with the midwives: and the people multiplied, and grew very mighty. And it came to pass, because the midwives feared God, that he gave them families. And Pharaoh charged all his people, saying, Every son that is born you shall cast into the river, and every daughter you shall save alive.

And when Aaron saw it, he built an altar before it; and Aaron made proclamation, and said, Tomorrow is a feast to the LORD.

And she wrote in the letters, saying, Proclaim a fast, and set Naboth on high among the people: And set two men, sons of Belial, before him, to bear witness against him, saying, You did blaspheme God and the king. And then carry him out, and stone him, that he may die.

And Jehu said, Proclaim a solemn assembly for Baal. And they proclaimed it.

And they made a proclamation through Judah and Jerusalem, to bring in to the LORD the collection that Moses the servant of God laid upon Israel in the wilderness.

And Hezekiah sent to all Israel and Judah, and wrote letters also to Ephraim and Manasseh, that they should come to the house of the LORD at Jerusalem, to keep the passover unto the LORD God of Israel. For the king had taken counsel, and his princes, and all the congregation in Jerusalem, to keep the passover in the second month. For they could not keep it at that time, because the priests had not sanctified themselves sufficiently, neither had the people gathered themselves together to Jerusalem.read more.
And the thing pleased the king and all the congregation. So they established a decree to make proclamation throughout all Israel, from Beer-sheba even to Dan, that they should come to keep the passover unto the LORD God of Israel at Jerusalem: for they had not done it for a long time in the way in which it was written. So the runners went with the letters from the king and his princes throughout all Israel and Judah, and according to the commandment of the king, saying, You children of Israel, turn again unto the LORD God of Abraham, Isaac, and Israel, and he will return to the remnant of you, that are escaped out of the hand of the kings of Assyria. And be not like your fathers, and like your brethren, who trespassed against the LORD God of their fathers, who therefore gave them up to desolation, as you see. Now be you not stiff-necked, as your fathers were, but yield yourselves unto the LORD, and enter into his sanctuary, which he has sanctified forever: and serve the LORD your God, that the fierceness of his wrath may turn away from you. For if you turn again unto the LORD, your brethren and your children shall find compassion before them that lead them captive, so that they shall come again into this land: for the LORD your God is gracious and merciful, and will not turn away his face from you, if you return unto him. So the runners passed from city to city through the country of Ephraim and Manasseh even unto Zebulun: but they laughed them to scorn, and mocked them.

But in the first year of Cyrus the king of Babylon the same king Cyrus made a decree to build this house of God.

I make a decree, that all they of the people of Israel, and of his priests and Levites, in my realm, who are minded of their own freewill to go up to Jerusalem, may go with you.

And they found written in the law which the LORD had commanded by Moses, that the children of Israel should dwell in booths in the feast of the seventh month: And that they should publish and proclaim in all their cities, and in Jerusalem, saying, Go forth unto the mountain, and bring olive branches, and pine branches, and myrtle branches, and palm branches, and branches of leafy trees, to make booths, as it is written.

All the presidents of the kingdom, the governors, and the satraps, the counselors, and the advisors, have consulted together to establish a royal statute, and to make a firm decree, that whosoever shall ask a petition of any God or man for thirty days, except from you, O king, he shall be cast into the den of lions.

And it came to pass in those days, that there went out a decree from Caesar Augustus, that all the world should be taxed.