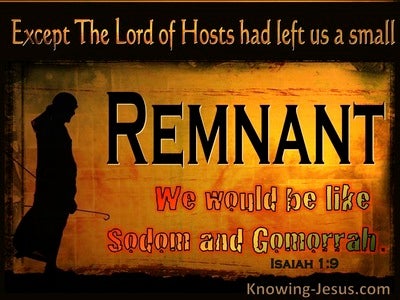 Therefore, the LORD was very angry with Israel and removed them out of his sight; there was none left but the tribe of Judah only.

And he carried away all Jerusalem and all the princes and all the mighty men of valour, ten thousand captives, and all the craftsmen and smiths; none remained except the poorest sort of the people of the land.

But the captain of the guard left of the poor of the land to be vinedressers and husbandmen.

But Nebuzaradan the captain of the guard left of the poor of the people, which had nothing, in the land of Judah, and gave them vineyards and fields at the same time.

And all the princes of the army which were in the field, even they and their men, heard that the king of Babylon had made Gedaliah the son of Ahikam governor over the land and had committed unto him the men and the women and the children and the poor of the land, those that were not carried away captive to Babylon;

But Nebuzaradan the captain of the guard left certain of the poor of the land for vinedressers and for husbandmen.

and I will make her that is lame to be heirs, and her that was cast off a strong nation, and the LORD shall reign over them in the mount of Zion from now, and for evermore.

Turn, O rebellious sons, said the LORD; for I am your Lord, and I will take you one of a city and two of a family, and I will bring you to Zion:

For thus hath the Lord GOD said: The city that sent out a thousand shall have a hundred left, and that which sent forth a hundred shall have ten, in the house of Israel.

And as Isaiah said before, Except the Lord of the hosts had left us a seed, we had been as Sodom and been made like unto Gomorrha.

But I will leave a few men of them from the sword, from the famine, and from the pestilence; that they may declare all their abominations among the Gentiles where they go; and they shall know that I am the LORD.

Yet gleaning shall be left in it as when the olive tree is shaken; two or three berries are left in the top of the uppermost bough, four or five in the outmost fruitful branches thereof, saith the LORD God of Israel.

Romans 9:27
Verse Concepts
Many In IsraelGod Saves The Needy
Remnant

Isaiah also cries out concerning Israel, Though the number of the sons of Israel be as the sand of the sea, only a remnant shall be saved;

Thou shalt also take thereof a few in number and bind them in the skirt of thy garment. Then take of them again and cast them into the midst of the fire and burn them in the fire; for thereof shall a fire come forth into all the house of Israel.

And it shall come to pass that in all the land, said the LORD, two parts therein shall be cut off in her and shall be lost; but the third shall be left therein.