16 Bible Verses about Stones As Monuments 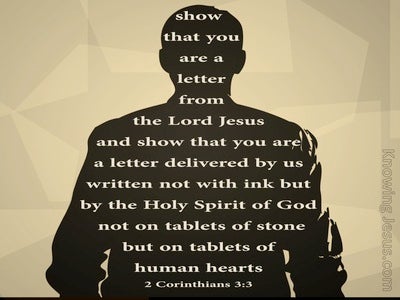 He reached a certain place and spent the night there, because the sun was setting. He found a stone there, used it for a pillow, and slept there for the night,

When Jacob got up early the next morning, he took the stone that he had used for his pillow, set it up as a pillar, drenched it with oil,

this stone that I've erected in the form of a pillar will be God's house, and I'll give you a tenth of everything that you give to me."

Jacob erected a pillar of stone at that very place where God had spoken to him. He poured a drink offering over it, anointed it with oil,

Then Jacob told his relatives, "Go gather some stones." So they picked up stones and stacked them one on top of the other. Then they had a meal together there by the stack of stones.

and tell them, "Pick up twelve stones from the middle of the Jordan where the priests' feet were standing, bring them along with you, and put them down where you camp tonight.'"

Joshua 4:5
Verse Concepts
In The JordanTwelve Things
The MiddleTwelve Tribes

Joshua told them, "Cross over again in front of the ark of the LORD your God into the middle of the Jordan River. Then each of you pick up a stone on his shoulder with which to build a memorial, one for each of the tribes of Israel.

The Israelis did just as Joshua commanded. They took up twelve stones from the middle of the Jordan River just as the LORD had spoken to Joshua according to the number of the tribes of the Israelis, and they carried them over to where they would be pitching camp, and they put them down there.

Joshua set up the twelve stones that they had removed from the Jordan River at Gilgal.

Joshua 4:9
Verse Concepts
In The JordanPlaces To This DayThe Middle
Twelve ThingsPriests, Function In Ot Times

Then Joshua set up twelve stones in the middle of the Jordan River at the location where the feet of the priests who carried the Ark of the Covenant had been standing, and they remain there to this day.

toward Beth-hoglah, and continuing on the north of Beth-arabah. The border ascended up to the boundary marker set up by Reuben's son Bohan.

Then it turned north toward En-shemesh and proceeded from there to Geliloth opposite the ascent of Adummim, where it turned toward the Stone of Bohan, Reuben's son,

Look, the stone that I put in place in Joshua's presence on that one stone are seven eyes. And look, I will do the engraving myself,' declares the LORD of the Heavenly Armies, "and I will remove the perversity of that land in a single day.

2 Corinthians 3:3
Verse Concepts
Other References To The HeartEclipseministeringLiving For GodMinistryThe Spirit Of GodGod, Living And Self sustaining
Writing On PeoplePaul, Teaching OfTabletsFreedom from the LawNames And Titles For The ChristianCovenant, the new

You are demonstrating that you are the Messiah's letter, produced by our service, written not with ink but with the Spirit of the living God, not on tablets of stone but on tablets of human hearts.