7 Bible Verses about Stumbling Over Christ 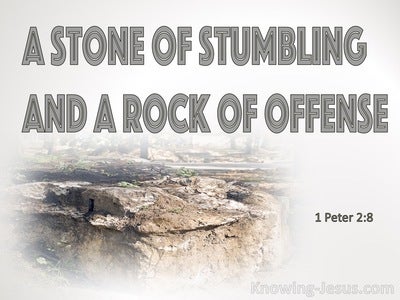 and "A stone of stumbling and a rock of offense," who stumble [because they] disobey the word to which also they were consigned.

And he will become like a sanctuary and a stumbling-stone, and like a stumbling-rock for the two houses of Israel, like a trap and a snare for the inhabitants of Jerusalem.

Everyone who falls on that stone will be broken to pieces, and [the one] on whom it falls--it will crush him!"

And whoever is not offended by me is blessed."

Is not this the carpenter, the son of Mary and brother of James and Joses and Judas and Simon? And are not his sisters here with us?" And they were offended by him.

Matthew 15:12
Verse Concepts
Christ With His DisciplesComing To Christ
Resentment, Against God

Then the disciples came [and] said to him, "Do you know that the Pharisees were offended [when they] heard this saying?"