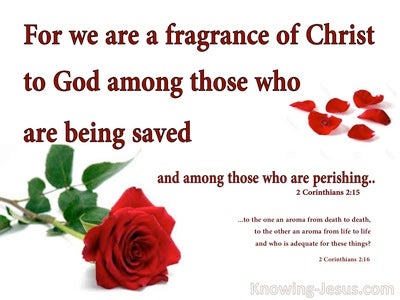 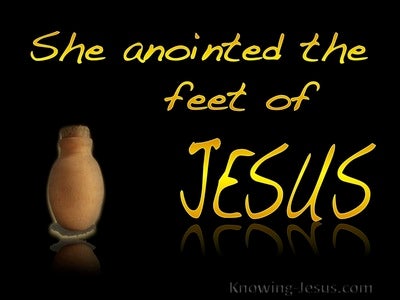 And the LORD smelled a savour of rest, and the LORD said in his heart, I will not again curse the ground any more for man's sake, for the intent of man's heart is evil from his childhood; neither will I again smite any more every living thing as I have done.

And they buried him in his own sepulchres, which he had made for himself in the city of David, and laid him in the bed which was filled with sweet odours and aromas prepared by the apothecaries' art; and they made a very great burning for him.

All thy garments smell of myrrh and aloes and cassia, out of the ivory palaces, by which they have made thee glad.

Then the king Nebuchadnezzar fell upon his face and humbled himself before Daniel and commanded that they should sacrifice presents and sweet odours unto him.

Then Mary took a pound of ointment of spikenard, very costly, and anointed the feet of Jesus and wiped his feet with her hair; and the house was filled with the odour of the ointment.

And when he had taken the book, the four animals and the twenty-four elders fell on their faces before the Lamb, each one of them having harps, and golden vials full of incense, which are the prayers of saints.