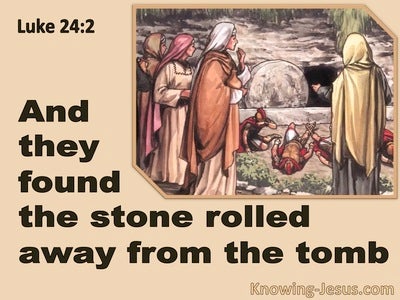 Thus saith the Lord GOD of the hosts, Go, get thee unto this treasurer, even unto Shebna, which is over the house, and say, What hast thou here? or whom hast thou here that thou hast hewed thee out a sepulchre here as he that hews himself out a sepulchre on a high place or that graves a habitation for himself in a rock?

And as Josiah turned himself, he spied the sepulchres that were there in the mount and sent and took the bones out of the sepulchres and burned them upon the altar and polluted it, according to the word of the LORD which the man of God proclaimed, who had proclaimed these words.

And they buried him in his own sepulchres, which he had made for himself in the city of David, and laid him in the bed which was filled with sweet odours and aromas prepared by the apothecaries' art; and they made a very great burning for him.

And when Joseph had taken the body, he wrapped it in a clean linen cloth and laid it in his own new tomb, which he had hewn out in the rock, and he rolled a great stone to the door of the sepulchre and departed.

And he bought fine linen and took him down and wrapped him in the linen and laid him in a sepulchre which was hewn out of a rock and rolled a stone unto the door of the sepulchre.

And he took it down and wrapped it in linen and laid it in a sepulchre that was hewn in stone, where no one had ever been placed.

Genesis 50:13
Verse Concepts
The Cave Of MachpelahempiresCaves
Caves For BuryingCaves Used As Graves

for his sons carried him into the land of Canaan and buried him in the cave of the field of Machpelah, which Abraham bought with the field for a possession of a buryingplace from Ephron the Hittite, before Mamre.

And the field of Ephron, which was in Machpelah, which was before Mamre, the field and the cave which was therein, and all the trees that were in the field that were in all the borders round about were made sure unto Abraham for a possession in the presence of the sons of Heth, before all that went in at the gate of his city. And after this, Abraham buried Sarah his wife in the cave of the field of Machpelah before Mamre; the same is Hebron in the land of Canaan.read more.
And the field and the cave that is therein were made sure unto Abraham for a possession of a buryingplace by the sons of Heth.

Then Abraham expired and died in a good old age, an old man and full of years, and was gathered to his people. And his sons Isaac and Ishmael buried him in the cave of Machpelah, in the field of Ephron the son of Zohar the Hittite, which is in front of Mamre; the field which Abraham purchased of the sons of Heth, there was Abraham buried, and Sarah his wife.

Jesus therefore, becoming enraged again in himself, came to the grave. It was a cave, and a stone lay upon it.

and laid it in his own new tomb, which he had hewn out in the rock, and he rolled a great stone to the door of the sepulchre and departed.

Command therefore that the sepulchre be made secure until the third day, lest his disciples come by night and steal him away and say unto the people, He is risen from the dead; so the last error shall be worse than the first. Pilate said unto them, Ye have a watch; go your way; make it as secure as ye can. So they went and made the sepulchre secure, sealing the stone and setting a watch.

And, behold, there was a great earthquake, for the angel of the Lord descended from heaven and came and rolled back the stone from the door and sat upon it.

And they said among themselves, Who shall roll us away the stone from the door of the sepulchre?

And they found the stone rolled away from the sepulchre.

And after this, Abraham buried Sarah his wife in the cave of the field of Machpelah before Mamre; the same is Hebron in the land of Canaan.

And the time drew nigh that Israel must die; and he called his son Joseph and said unto him, If now I have found grace in thy sight, put, I pray thee, thy hand under my thigh and deal with me in mercy and truth; do not bury me, I pray thee, in Egypt; but I will lie with my fathers, and thou shalt carry me out of Egypt and bury me in their buryingplace. And he said, I will do as thou hast said.

And Gideon, the son of Joash, died in a good old age and was buried in the sepulchre of Joash, his father, in Ophrah of the Abiezrites.

Then his brethren and all the house of his father came down and took him and brought him up and buried him between Zorah and Eshtaol in the sepulchre of Manoah his father. And he judged Israel twenty years.

And they took up Asahel and buried him in the sepulchre of his father, which was in Bethlehem. And Joab and his men went all night, and they came to Hebron at the break of day.

And when Ahithophel saw that his counsel was not followed, he saddled his ass and arose, and went home to his house, to his city, and put his household in order and hanged himself and died and was buried in the sepulchre of his father.

Let thy slave, I pray thee, turn back again, that I may die in my own city and be buried by the grave of my father and of my mother. But behold thy slave Chimham; let him go over with my lord the king, and do to him what shall seem good unto thee.

but didst come back and hast eaten bread and drunk water in the place, of which the LORD did say to thee, Eat no bread and drink no water; thy carcase shall not come unto the sepulchre of thy fathers.

He was thirty-two years old when he began to reign, and he reigned in Jerusalem eight years and departed without being desired. And they buried him in the city of David, but not in the sepulchres of the kings.

And when they were departed from him (for they left him in great diseases), his own slaves conspired against him for the blood of the sons of Jehoiada, the priest, and slew him on his bed, and he died; and they buried him in the city of David, but they did not bury him in the sepulchres of the kings.

So Uzziah slept with his fathers, and they buried him with his fathers in the royal burial field, for they said, He is a leper. And Jotham, his son, reigned in his stead.

And Ahaz slept with his fathers, and they buried him in the city of Jerusalem, but they did not bring him into the sepulchres of the kings of Israel; and Hezekiah, his son, reigned in his stead.

And Hezekiah slept with his fathers, and they buried him in the chiefest of the sepulchres of the sons of David; and all Judah and the inhabitants of Jerusalem did him honour at his death. And Manasseh, his son, reigned in his stead.

After him restored Nehemiah, the son of Azbuk, the prince of half the region of Bethzur, unto the place over against the sepulchres of David and to the pool that was made and unto the house of the mighty.

And he was buried in his sepulchre in the garden of Uzza, and Josiah, his son, reigned in his stead.

Now in the place where he was crucified there was a garden, and in the garden a new sepulchre, in which no one had yet been laid.

And whoever touches one that is slain with a sword in the open fields or a dead body or a human bone or a grave, shall be unclean seven days.

And he brought out the graven image of the grove from the house of the LORD outside Jerusalem unto the brook Kidron, and burned it at the brook Kidron and stamped it small to powder and cast the powder of it upon the graves of the sons of the people.

Woe unto you, scribes and Pharisees, hypocrites! for ye are like unto whitewashed sepulchres, who indeed appear beautiful outside, but inside are full of dead men's bones and of all uncleanness. Even so ye also outwardly appear righteous unto men, but within ye are full of hypocrisy and iniquity.

Woe unto you, Pharisees! for ye love the first seats in the synagogues and greetings in the markets. Woe unto you, scribes and Pharisees, hypocrites! for ye are as graves which are not seen, and the men that walk over them are not aware of them.

And he was buried in his sepulchre in the garden of Uzza, and Josiah, his son, reigned in his stead.

Now in the place where he was crucified there was a garden, and in the garden a new sepulchre, in which no one had yet been laid.

1 Samuel 25:1
Verse Concepts
CemeteryMourners
Mourning The Death Of Others

And Samuel died, and all Israel gathered together and lamented him and buried him in his house at Ramah. And David arose and went down to the wilderness of Paran.

So Benaiah, the son of Jehoiada, went up and fell upon him and slew him, and he was buried in his own house in the wilderness.

And they took their bones and buried them under a tree at Jabesh and fasted seven days.

that he may give me the cave of Machpelah, which he has, which is in the end of his field; for as much money as it is worth he shall give it to me for a possession of a buryingplace amongst you.

Then Deborah, Rebekah's nurse, died, and she was buried beneath Bethel under an oak, and the name of it was called Allonbachuth.