20 Bible Verses about Things On High 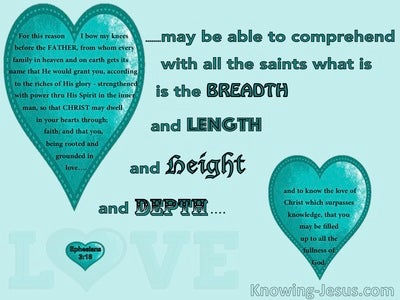 For the height of the heavens and depth of the earth and for the heart of kings, there is no investigation.

And the flood was forty days upon the earth, and the waters multiplied and bore up the ark, and it was lifted up above the earth.

And she had strong rods for the sceptres of those that bore rule, and her stature was exalted among the thick branches, and she appeared in her height and with the multitude of her branches.

Behold, the Assyrian was a cedar in Lebanon with fair branches and with a shadowing shroud and of a high stature; and his top was highest among the thick boughs.

Therefore thus hath the Lord GOD said; Because thou hast lifted up thyself in height, and he has shot up his top among the thick boughs, and his heart is lifted up in his height;

Therefore his height was exalted above all the trees of the field, and his boughs were multiplied, and his branches became long because of his many waters, which he sent forth.

Ezekiel 31:14
Verse Concepts
Why It HappenedPitsSon Of Man
Going Down To The PitHow Death Is Inevitable

to the end that none of all the trees by the waters exalt themselves for their height, neither shoot up their tops among the thick boughs, neither in their branches shall all that drink waters stand up in their height: for they shall all be delivered unto death, to the lower parts of the earth, in the midst of the sons of men, with those that go down to the grave.

Thus were the visions of my head in my bed: It seemed that I saw a tree in the midst of the earth, and its height was great.

The tree grew and made itself strong, and its height reached unto heaven, and its sight to the end of all the earth:

The tree that thou didst see, which grew and made himself strong, whose height reached unto the heaven and the sight thereof to all the earth;

Micah 3:12
Verse Concepts
Why It HappenedArchaeologyDestruction Of Jerusalem
Metaphorical PloughingZion, As A Symbol

Therefore for your sake Zion shall be plowed as a field, and Jerusalem shall become heaps of ruins and the mountain of the house as the high places of the forest.

Lift up thine eyes unto the high places and see if there is anywhere thou hast not been ravished. In the ways hast thou sat for them, as the Arabian in the wilderness; and thou hast polluted the land with thy whoredoms and with thy wickedness.

When they had heard the king, they departed; and, behold, the star, which they had seen in the east, went before them until it arrived and stood over where the young child was.