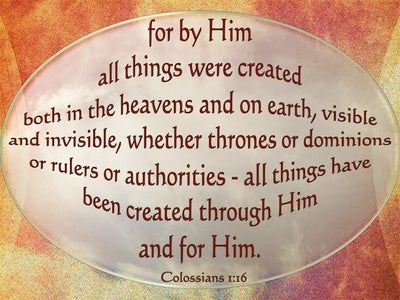 But all these things when they are reproved by the light are made manifest, for the light is that which manifests everything.

And it shall come to pass when I bring clouds over the earth, that the bow shall appear in the clouds;

Genesis 16:13
Verse Concepts
VeilsNames Of GodGod, All knowing
God Seeing All The EarthThose Who Saw GodOther References To God's Name

And she called the name of the LORD that spoke unto her, Thou God that is seen: for she said, Have I not also here seen the back of him that sees me?

Daniel 4:11
Verse Concepts
Things On HighThe End Of The World
The EarthPlants Growing Up

The tree grew and made itself strong, and its height reached unto heaven, and its sight to the end of all the earth:

The tree that thou didst see, which grew and made himself strong, whose height reached unto the heaven and the sight thereof to all the earth;

This same one God raised up the third day and showed him openly,