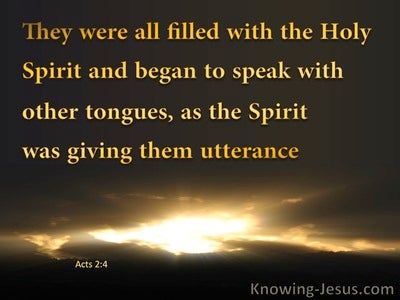 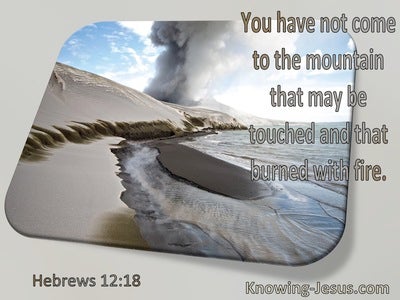 such a person who comes in contact with anything like this will become unclean until evening. As a result, he is not to eat the sacred things unless he has bathed himself with water.

All of them were filled with the Holy Spirit and began to speak in foreign languages as the Spirit gave them that ability.

For 33 days after this, she is to remain in purification due to her blood loss. She is not to touch any sacred thing or enter the sanctuary until the days of her purification have been completed.

You are to consecrate them and they are to be most holy. Whatever touches them is to be holy.

You are to make atonement for the altar for seven days and consecrate it. It will be most holy, and whatever touches it will be holy."

Every male of Aaron's sons is to eat it as a portion continually allotted for your generations from the offerings made by fire to the Lord. Anyone who touches them is to be holy."

Whoever touches its meat will be holy. If some of its blood sprinkles on a garment, wash where it was sprinkled in a sacred place.

When they arrived at Nacon's threshing floor, Uzzah reached out and grabbed the Ark of God because the oxen had stumbled.

As they approached Chidon's threshing floor, Uzzah put out his hand to steady the ark, because the oxen had stumbled. Just then, the anger of the LORD blazed against Uzzah, and he struck him down because he had put his hand on the ark, and he died right there in the presence of God.

When the king saw Queen Esther standing in the courtyard, she won his favor, and the king extended to Esther the gold scepter that he was holding. Esther approached and touched the top of the scepter.

That's what their faces were like. Their wings spread out above and around them, one pair overlapping another, with one pair covering themselves.

Now as to their four faces and four pairs of wings, their pairs of wings overlapped each other. They moved in straight directions without turning their faces around as they moved.

For they could not endure the command that was given: "If even an animal touches the mountain, it must be stoned to death."

"If a man carries consecrated meat in the folds of his garment, and if his garment touches bread, stew, wine, oil, or any other edible thing, will these things become consecrated?"'" The priests answered, "No."

You have not come to something that can be touched, to a blazing fire, to darkness, to gloom,