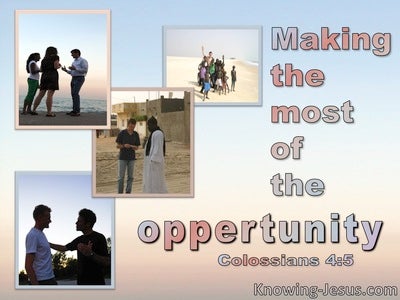 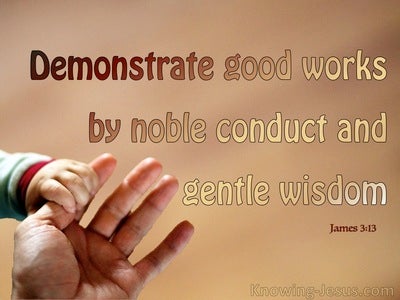 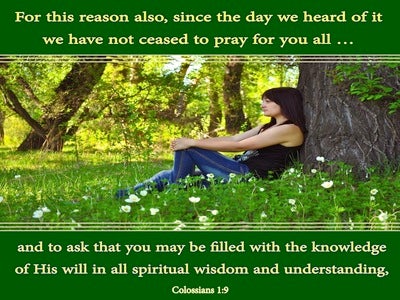 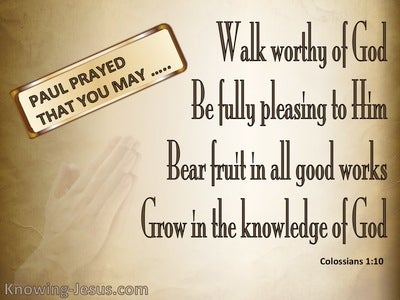 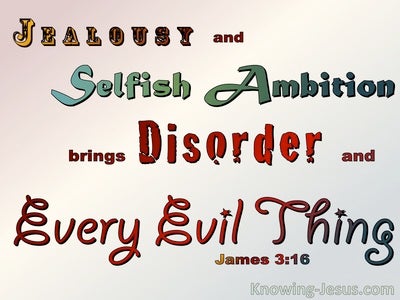 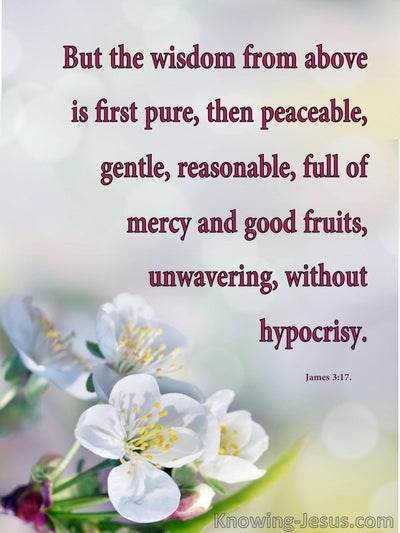 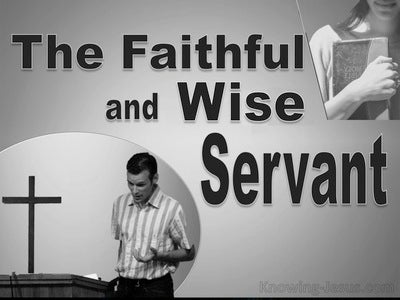 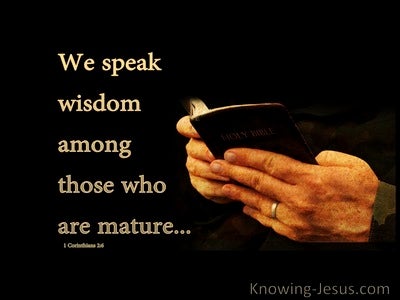 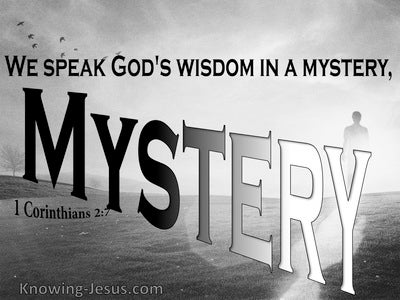 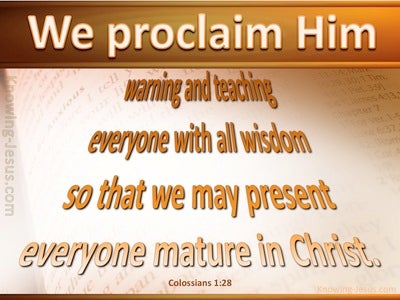 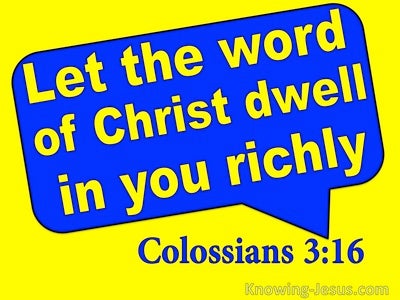 Behave wisely in relation to the outside world, buying up your opportunities.

Which of you is a wise and well-instructed man? Let him prove it by a right life with conduct guided by a wisely teachable spirit.

Your fidelity to the truth is everywhere known. I rejoice over you, therefore, but I wish you to be wise as to what is good, and simple-minded as to what is evil.

Therefore be very careful how you live and act. Let it not be as unwise men, but as wise.

For this reason we also, from the day we first received these tidings, have never ceased to pray for you and to entreat that you may be filled with a clear knowledge of His will accompanied by thorough wisdom and discernment in spiritual things; so that your lives may be worthy of the Lord and perfectly pleasing to Him, while you exhibit the results of right action of every sort and grow into a fuller knowledge of God.

But if in your hearts you have bitter feelings of envy and rivalry, do not speak boastfully and falsely, in defiance of the truth. That is not the wisdom which comes down from above: it belongs to earth, to the unspiritual nature, and to evil spirits. For where envy and rivalry are, there also are unrest and every vile deed.read more.
The wisdom from above is first of all pure, then peaceful, courteous, not self-willed, full of compassion and kind actions, free from favouritism and from all insincerity.

"Then will the Kingdom of the Heavens be found to be like ten bridesmaids who took their torches and went out to meet the bridegroom. Five of them were foolish and five were wise. For the foolish, when they took their torches, did not provide themselves with oil;read more.
but the wise, besides their torches, took oil in their flasks. The bridegroom was a long time in coming, so that meanwhile they all became drowsy and fell asleep. But at midnight there is a loud cry, "'The bridegroom! Go out and meet him!' "Then all those bridesmaids roused themselves and trimmed their torches. "'Give us some of your oil,' said the foolish ones to the wise, 'for our torches are going out.' "'But perhaps,' replied the wise, 'there will not be enough for all of us. Go to the shops rather, and buy some for yourselves.' "So they went to buy. But meanwhile the bridegroom came; those bridesmaids who were ready went in with him to the wedding banquet; and the door was shut.

Therefore, brethren, pick out from among yourselves seven men of good repute, full of the Spirit and of wisdom, and we will appoint them to undertake this duty.

"Who therefore is the loyal and intelligent servant to whom his master has entrusted the control of his household to give them their rations at the appointed time?

Luke 12:42
Verse Concepts
The Work Of The WisePeople Providing FoodLordship, Human And Divine
Who Is The One?Money Management

"Who, then," replied the Lord, "is the faithful and intelligent steward whom his Master will put in charge of His household to serve out their rations at the proper times?

I say this to put you to shame. Has it come to this, that there does not exist among you a single wise man competent to decide between a man and his brother,

Yet when we are among mature believers we do speak words of wisdom; a wisdom not belonging, however, to the present age nor to the leaders of the present age who are soon to pass away. But in dealing with truths hitherto kept secret we speak of God's wisdom--that hidden wisdom which, before the world began, God pre-destined, so that it should result in glory to us;

Him we preach, admonishing every one and instructing every one, with all possible wisdom, so that we may bring every one into God's presence, made perfect through Christ.

and delivered him from all his afflictions, and gave him favour and wisdom when he stood before Pharaoh, king of Egypt, who appointed him governor over Egypt and all the royal household.