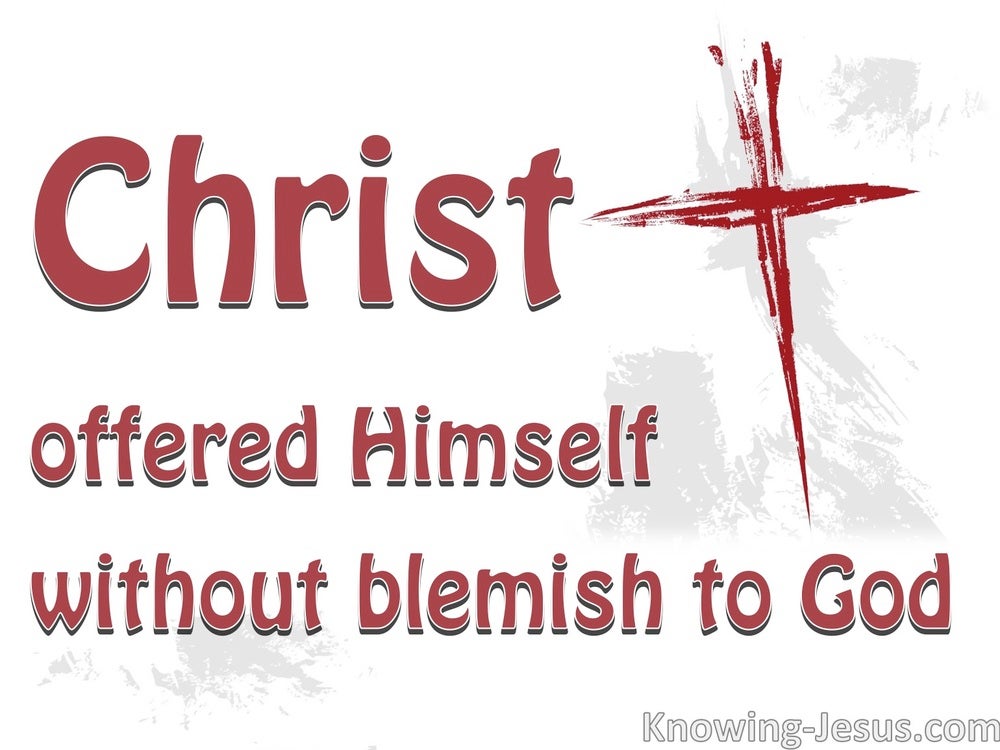 “Then you shall bring the bull before the tent of meeting, and Aaron and his sons shall lay their hands on the head of the bull. You shall slaughter the bull before the Lord at the doorway of the tent of meeting. You shall take some of the blood of the bull and put it on the horns of the altar with your finger; and you shall pour out all the blood at the base of the altar.read more.
You shall take all the fat that covers the entrails and the lobe of the liver, and the two kidneys and the fat that is on them, and offer them up in smoke on the altar. But the flesh of the bull and its hide and its refuse, you shall burn with fire outside the camp; it is a sin offering.

Therefore leaving the elementary teaching about the Christ, let us press on to maturity, not laying again a foundation of repentance from dead works and of faith toward God, of instruction about washings and laying on of hands, and the resurrection of the dead and eternal judgment. And this we will do, if God permits.read more.
For in the case of those who have once been enlightened and have tasted of the heavenly gift and have been made partakers of the Holy Spirit, and have tasted the good word of God and the powers of the age to come, and then have fallen away, it is impossible to renew them again to repentance, since they again crucify to themselves the Son of God and put Him to open shame. For ground that drinks the rain which often falls on it and brings forth vegetation useful to those for whose sake it is also tilled, receives a blessing from God;

Now even the first covenant had regulations of divine worship and the earthly sanctuary. For there was a tabernacle prepared, the outer one, in which were the lampstand and the table and the sacred bread; this is called the holy place. Behind the second veil there was a tabernacle which is called the Holy of Holies,read more.
having a golden altar of incense and the ark of the covenant covered on all sides with gold, in which was a golden jar holding the manna, and Aaron’s rod which budded, and the tables of the covenant; and above it were the cherubim of glory overshadowing the mercy seat; but of these things we cannot now speak in detail. Now when these things have been so prepared, the priests are continually entering the outer tabernacle performing the divine worship, but into the second, only the high priest enters once a year, not without taking blood, which he offers for himself and for the sins of the people committed in ignorance. The Holy Spirit is signifying this, that the way into the holy place has not yet been disclosed while the outer tabernacle is still standing, which is a symbol for the present time. Accordingly both gifts and sacrifices are offered which cannot make the worshiper perfect in conscience, since they relate only to food and drink and various washings, regulations for the body imposed until a time of reformation. But when Christ appeared as a high priest of the good things to come, He entered through the greater and more perfect tabernacle, not made with hands, that is to say, not of this creation; and not through the blood of goats and calves, but through His own blood, He entered the holy place once for all, having obtained eternal redemption. For if the blood of goats and bulls and the ashes of a heifer sprinkling those who have been defiled sanctify for the cleansing of the flesh, how much more will the blood of Christ, who through the eternal Spirit offered Himself without blemish to God, cleanse your conscience from dead works to serve the living God? For this reason He is the mediator of a new covenant, so that, since a death has taken place for the redemption of the transgressions that were committed under the first covenant, those who have been called may receive the promise of the eternal inheritance. For where a covenant is, there must of necessity be the death of the one who made it. For a covenant is valid only when men are dead, for it is never in force while the one who made it lives. Therefore even the first covenant was not inaugurated without blood. For when every commandment had been spoken by Moses to all the people according to the Law, he took the blood of the calves and the goats, with water and scarlet wool and hyssop, and sprinkled both the book itself and all the people, saying, “This is the blood of the covenant which God commanded you.” And in the same way he sprinkled both the tabernacle and all the vessels of the ministry with the blood.

For those whom the Lord loves He disciplines,
And He scourges every son whom He receives.”
It is for discipline that you endure; God deals with you as with sons; for what son is there whom his father does not discipline? But if you are without discipline, of which all have become partakers, then you are illegitimate children and not sons.

Then on the eighth day he shall bring two turtledoves or two young pigeons to the priest, to the doorway of the tent of meeting. The priest shall offer one for a sin offering and the other for a burnt offering, and make atonement for him concerning his sin because of the dead person. And that same day he shall consecrate his head,

‘Also if one person sins unintentionally, then he shall offer a one year old female goat for a sin offering.

And one male goat for a sin offering to the Lord; it shall be offered with its drink offering in addition to the continual burnt offering.

also one male goat to make atonement for you.

Daniel 11:31
Verse Concepts
AbominationsAbolition
Abomination Of DesolationImage Of The Beast

Forces from him will arise, desecrate the sanctuary fortress, and do away with the regular sacrifice. And they will set up the abomination of desolation.