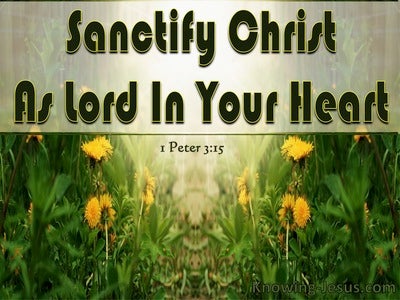 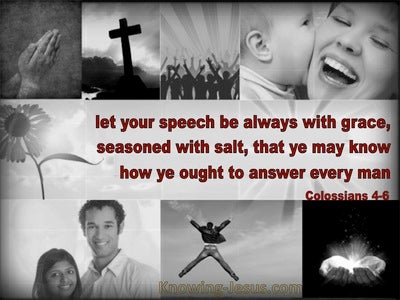 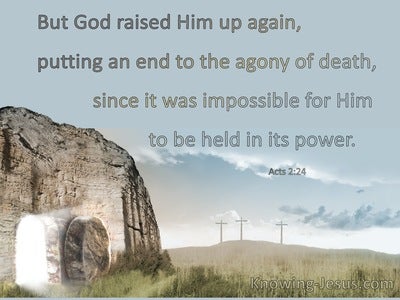 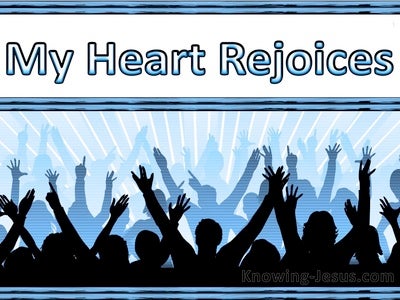 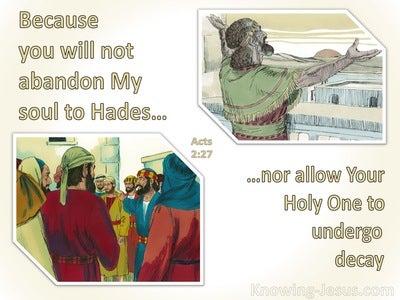 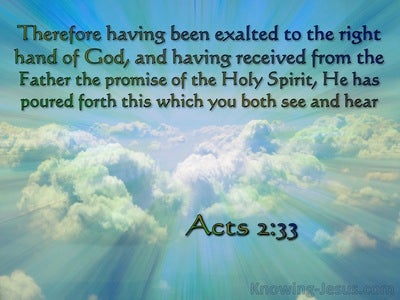 But sanctify the Lord God in your hearts; and always be ready to give an answer to everyone who asks you a reason concerning the hope that is in you, with humility and fear:

throwing down imaginations and every high thing that is exalted against the knowledge of God, and bringing every thought into captivity to the obedience of Christ;

Walk in wisdom toward those who are outside, redeeming the time. Let your speech always be with grace, seasoned with salt, that you may know how you ought to answer each one.

Stephen, full of faith and power, performed great wonders and signs among the people. But some of those who were of the synagogue called "The Libertines," and of the Cyrenians, of the Alexandrians, and of those of Cilicia and Asia arose, disputing with Stephen. They weren't able to withstand the wisdom and the Spirit by which he spoke.

He reasoned in the synagogue every Sabbath, and persuaded Jews and Greeks.

holding to the faithful word which is according to the teaching, that he may be able to exhort in the sound doctrine, and to convict those who contradict him.

for he powerfully refuted the Jews, publicly showing by the Scriptures that Jesus was the Christ.

Paul stood in the middle of the Areopagus, and said, "You men of Athens, I perceive that you are very religious in all things. For as I passed along, and observed the objects of your worship, I found also an altar with this inscription: 'TO AN UNKNOWN GOD.' What therefore you worship in ignorance, this I announce to you. The God who made the world and all things in it, he, being Lord of heaven and earth, doesn't dwell in temples made with hands,read more.
neither is he served by men's hands, as though he needed anything, seeing he himself gives to all life and breath, and all things. He made from one blood every nation of men to dwell on all the surface of the earth, having determined appointed seasons, and the boundaries of their dwellings, that they should seek the Lord, if perhaps they might reach out for him and find him, though he is not far from each one of us. 'For in him we live, and move, and have our being.' As some of your own poets have said, 'For we are also his offspring.' Being then the offspring of God, we ought not to think that the Divine Nature is like gold, or silver, or stone, engraved by art and design of man. The times of ignorance therefore God overlooked. But now he commands that all people everywhere should repent, because he has appointed a day in which he will judge the world in righteousness by the man whom he has ordained; of which he has given assurance to all men, in that he has raised him from the dead."

He entered into the synagogue, and spoke boldly for a period of three months, reasoning and persuading about the things concerning the Kingdom of God. But when some were hardened and disobedient, speaking evil of the Way before the multitude, he departed from them, and separated the disciples, reasoning daily in the school of Tyrannus. This continued for two years, so that all those who lived in Asia heard the word of the Lord Jesus, both Jews and Greeks.

It happened that after three days Paul called together those who were the leaders of the Jews. When they had come together, he said to them, "I, brothers, though I had done nothing against the people, or the customs of our fathers, still was delivered prisoner from Jerusalem into the hands of the Romans, who, when they had examined me, desired to set me free, because there was no cause of death in me. But when the Jews spoke against it, I was constrained to appeal to Caesar, not that I had anything about which to accuse my nation.read more.
For this cause therefore I asked to see you and to speak with you. For because of the hope of Israel I am bound with this chain." They said to him, "We neither received letters from Judea concerning you, nor did any of the brothers come here and report or speak any evil of you. But we desire to hear from you what you think. For, as concerning this sect, it is known to us that everywhere it is spoken against." When they had appointed him a day, many people came to him at his lodging. He explained to them, testifying about the Kingdom of God, and persuading them concerning Jesus, both from the law of Moses and from the prophets, from morning until evening. Some believed the things which were spoken, and some disbelieved. When they didn't agree among themselves, they departed after Paul had spoken one word, "The Holy Spirit spoke rightly through Isaiah, the prophet, to our fathers, saying, 'Go to this people, and say, in hearing, you will hear, but will in no way understand. In seeing, you will see, but will in no way perceive. For this people's heart has grown callous. Their ears are dull of hearing. Their eyes they have closed. Lest they should see with their eyes, hear with their ears, understand with their heart, and would turn again, and I would heal them.' "Be it known therefore to you, that the salvation of God is sent to the nations. They will also listen." When he had said these words, the Jews departed, having a great dispute among themselves. Paul stayed two whole years in his own rented house, and received all who were coming to him, preaching the Kingdom of God, and teaching the things concerning the Lord Jesus Christ with all boldness, without hindrance.

When Saul had come to Jerusalem, he tried to join himself to the disciples; but they were all afraid of him, not believing that he was a disciple. But Barnabas took him, and brought him to the apostles, and declared to them how he had seen the Lord in the way, and that he had spoken to him, and how at Damascus he had preached boldly in the name of Jesus. He was with them entering into Jerusalem,read more.
preaching boldly in the name of the Lord Jesus. He spoke and disputed against the Hellenists, but they were seeking to kill him. When the brothers knew it, they brought him down to Caesarea, and sent him off to Tarsus.

But Peter, standing up with the eleven, lifted up his voice, and spoke out to them, "You men of Judea, and all you who dwell at Jerusalem, let this be known to you, and listen to my words. For these aren't drunken, as you suppose, seeing it is only the third hour of the day. But this is what has been spoken through the prophet Joel:read more.
'It will be in the last days, says God, that I will pour out my Spirit on all flesh. Your sons and your daughters will prophesy. Your young men will see visions. Your old men will dream dreams. Yes, and on my servants and on my handmaidens in those days, I will pour out my Spirit, and they will prophesy. I will show wonders in the sky above, and signs on the earth beneath; blood, and fire, and billows of smoke. The sun will be turned into darkness, and the moon into blood, before the great and glorious day of the Lord comes. It will be, that whoever will call on the name of the Lord will be saved.' "Men of Israel, hear these words! Jesus of Nazareth, a man approved by God to you by mighty works and wonders and signs which God did by him in the midst of you, even as you yourselves know, him, being delivered up by the determined counsel and foreknowledge of God, you have taken by the hand of lawless men, crucified and killed; whom God raised up, having freed him from the agony of death, because it was not possible that he should be held by it. For David says concerning him, 'I saw the Lord always before my face, For he is on my right hand, that I should not be moved. Therefore my heart was glad, and my tongue rejoiced. Moreover my flesh also will dwell in hope; because you will not leave my soul in Hades, neither will you allow your Holy One to see decay. You made known to me the ways of life. You will make me full of gladness with your presence.' "Brothers, I may tell you freely of the patriarch David, that he both died and was buried, and his tomb is with us to this day. Therefore, being a prophet, and knowing that God had sworn with an oath to him that of the fruit of his body, according to the flesh, he would raise up the Christ to sit on his throne, he foreseeing this spoke about the resurrection of the Christ, that neither was his soul left in Hades, nor did his flesh see decay. This Jesus God raised up, to which we all are witnesses. Being therefore exalted by the right hand of God, and having received from the Father the promise of the Holy Spirit, he has poured out this, which you now see and hear. For David didn't ascend into the heavens, but he says himself, 'The Lord said to my Lord, "Sit by my right hand, until I make your enemies a footstool for your feet."' "Let all the house of Israel therefore know certainly that God has made him both Lord and Christ, this Jesus whom you crucified." Now when they heard this, they were cut to the heart, and said to Peter and the rest of the apostles, "Brothers, what shall we do?" Peter said to them, "Repent, and be baptized, every one of you, in the name of Jesus Christ for the forgiveness of sins, and you will receive the gift of the Holy Spirit. For the promise is to you, and to your children, and to all who are far off, even as many as the Lord our God will call to himself." With many other words he testified, and exhorted them, saying, "Save yourselves from this crooked generation!" Then those who gladly received his word were baptized. There were added that day about three thousand souls.

Joy comes to a man with the reply of his mouth. How good is a word at the right time!