4 Bible Verses about Before The Flood 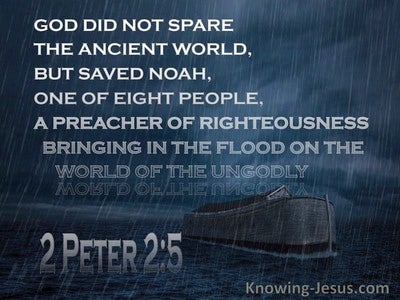 And He did not spare the ancient world, although He preserved Noah, a herald of righteousness, with seven others, when He brought a deluge on the world of the ungodly.

who in ancient times had been disobedient, while God's longsuffering was patiently waiting in the days of Noah during the building of the Ark, in which a few persons--eight in number--were brought safely through the water.

Time » Epochs of » Before the flood

Time » Epochs of » Before the flood