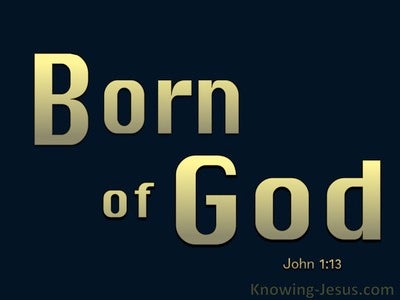 So Judah instructed Onan, "You are to have sexual relations with your dead brother's wife, performing the duty of a brother-in-law with her, and have offspring for your brother." But Onan knew that the offspring wouldn't be his own heir, so whenever he had sexual relations with his brother's wife, he would spill his semen on the ground to avoid fathering offspring for his brother. The LORD considered what Onan was doing to be evil, so he put him to death, too.

But the Israelis were fruitful and increased abundantly. They multiplied in numbers and became very, very strong. As a result, the land was filled with them.

"Because that night refused to shut the doors of my mother's womb; it failed to keep me from seeing this trouble.

Children are a gift from the LORD; a productive womb, the LORD's reward. As arrows in the hand of a warrior, so also are children born during one's youth. How blessed is the man whose quiver is full of them! He will not be ashamed as they confront their enemies at the city gate. A Song of Ascents

"This is what the LORD of the Heavenly Armies, the God of Israel, says to all the exiles who were taken from Jerusalem into exile to Babylon, "Build houses and live in them. Plant gardens and eat their produce. Take wives and father sons and daughters. Take wives for your sons and give your daughters in marriage, so they may have sons and daughters. Increase in numbers there, don't decrease.

After Gomer had weaned Lo-ruhamah, she conceived again and gave birth to a son,

who were born, not merely in a genetic sense, nor from lust, nor from man's desire, but from the will of God.