21 Bible Verses about Creation Of The Seas 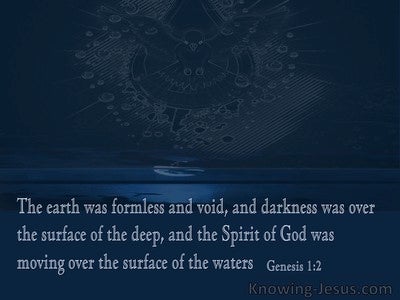 for six days hath Jehovah made the heavens and the earth, the sea, and all that is in them, and resteth in the seventh day; therefore hath Jehovah blessed the Sabbath-day, and doth sanctify it.

Making the heavens and earth, The sea and all that is in them, Who is keeping truth to the age,

and saying, 'Men, why these things do ye? and we are men like-affected with you, proclaiming good news to you, from these vanities to turn unto the living God, who made the heaven, and the earth, and the sea, and all the things in them;

And God calleth to the dry land 'Earth,' and to the collection of the waters He hath called 'Seas;' and God seeth that it is good.

And seen are the streams of the sea, Revealed are foundations of the world, By the rebuke of Jehovah, From the breath of the spirit of His anger.

And seen are the streams of waters, And revealed are foundations of the earth. From Thy rebuke, O Jehovah, From the breath of the spirit of Thine anger.

And He shutteth up with doors the sea, In its coming forth, from the womb it goeth out. In My making a cloud its clothing, And thick darkness its swaddling band,

The maker of Kimah and Kesil, And the turner to morning of death-shade, And day as night He hath made dark, Who is calling to the waters of the sea, And poureth them on the face of the earth, Jehovah is His name;

Who is building in the heavens His upper chambers; As to His troop, Upon earth He hath founded it, Who is calling for the waters of the sea, And poureth them out on the face of the land, Jehovah is His name.

A limit He hath placed on the waters, Unto the boundary of light with darkness.

In His preparing the heavens I am there, In His decreeing a circle on the face of the deep,

In His setting for the sea its limit, And the waters transgress not His command, In His decreeing the foundations of earth,

Proverbs 8:28
Verse Concepts
empowermentClouds, Natural Use
Creation Of The Sky

In His strengthening clouds above, In His making strong fountains of the deep,

Lo, He hath spread over it His light, And the roots of the sea He hath covered,

Whose is the sea, and He made it, And His hands formed the dry land.

And he saith unto them, 'A Hebrew I am, and Jehovah, God of the heavens, I am reverencing, who made the sea and the dry land.'

saying in a great voice, 'Fear ye God, and give to Him glory, because come did the hour of His judgment, and bow ye before Him who did make the heaven, and the land, and sea, and fountains of waters.'