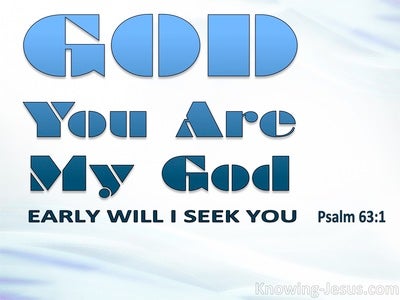 Then Abraham rose up early in the morning and took bread and a skin of water and gave [it] to Hagar, putting [it] on her shoulder. And he sent her away with the child, and she went, wandering about in the wilderness, in Beersheba.

And Moses caused Israel to set out from the {Red Sea}, and they went out into the desert of Shur, and they traveled three days in the desert, and they did not find water.

And they set out from Elim, and all the community of the {Israelites} came to the desert of Sin, which [is] between Elim {and Sinai}, in the fifteenth day of the second month of their going out from the land of Egypt.

And afterward the people set out from Hazeroth, and they encamped in the desert of Paran.

So they went up and explored the land from the desert of Zin until Rehob, at Lebo Hamath.

Numbers 33:8
Verse Concepts
A Way Through The Red SeaParticular Journeys
Three DaysIsrael In The Wilderness

They set out from Pi-Hahiroth and went through the midst of the sea into the desert; and they went a journey of three days into the desert of Etham and camped at Marah.

"So I sent messengers from the wilderness of Kedemoth to Sihon king of Heshbon; [I sent] terms of peace, {saying},

Their northern border began at the Jordan and went up to the slope of Jericho on [the] north and continued into the hill country to the west; {it ends} at the wilderness of Beth Aven.

Then they got up and went to Ziph before Saul. Now David and his men [were] in the wilderness of Maon in the Arabah, to the south of Jeshimon.

When Saul returned from [pursuing the] Philistines, they told him, "Look, David [is] in the wilderness of En Gedi."

Then Yahweh said to him, "Go, return on your way to the wilderness of Damascus. Go and anoint Hazael as king over Aram;

Then he said, "Which way shall we go up?" And he answered, "By way of the wilderness of Edom."

Tomorrow go down against them. Behold, they are coming up the ascent of Ziz. And you will find them at the end of the valley facing the desert of Jeruel.

And they rose up early in the morning and went out to the desert of Tekoa. And when they went out, Jehoshaphat stood and said, "Hear me, O Judah and inhabitants of Jerusalem! Believe in Yahweh your God, and you shall be established! Believe in his prophets, and you shall succeed!"

O God, you [are] my God; I will seek you diligently. My soul thirsts for you; my flesh longs for you [as] in a dry and weary land without water.

Now an angel of the Lord spoke to Philip, saying, "Get up and go toward the south on the road that goes down from Jerusalem to Gaza." (This is a desert [road].)