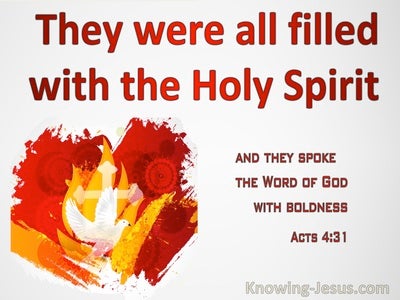 The warden did not concern himself with anything that was in Joseph's care because the Lord was with him and whatever he was doing the Lord was making successful.

Make sure you are very strong and brave! Carefully obey all the law my servant Moses charged you to keep! Do not swerve from it to the right or to the left, so that you may be successful in all you do.

Early the next morning they marched out to the Desert of Tekoa. When they were ready to march, Jehoshaphat stood up and said: "Listen to me, you people of Judah and residents of Jerusalem! Trust in the Lord your God and you will be safe! Trust in the message of his prophets and you will win."

He followed God during the lifetime of Zechariah, who taught him how to honor God. As long as he followed the Lord, God caused him to succeed.

Plans fail when there is no counsel, but with abundant advisers they are established.

But a Pharisee whose name was Gamaliel, a teacher of the law who was respected by all the people, stood up in the council and ordered the men to be put outside for a short time. Then he said to the council, "Men of Israel, pay close attention to what you are about to do to these men. For some time ago Theudas rose up, claiming to be somebody, and about four hundred men joined him. He was killed, and all who followed him were dispersed and nothing came of it.read more.
After him Judas the Galilean arose in the days of the census, and incited people to follow him in revolt. He too was killed, and all who followed him were scattered. So in this case I say to you, stay away from these men and leave them alone, because if this plan or this undertaking originates with people, it will come to nothing, but if it is from God, you will not be able to stop them, or you may even be found fighting against God." He convinced them,

He prayed, "O Lord, God of my master Abraham, guide me today. Be faithful to my master Abraham. Here I am, standing by the spring, and the daughters of the people who live in the town are coming out to draw water. I will say to a young woman, 'Please lower your jar so I may drink.' May the one you have chosen for your servant Isaac reply, 'Drink, and I'll give your camels water too.' In this way I will know that you have been faithful to my master."read more.
Before he had finished praying, there came Rebekah with her water jug on her shoulder. She was the daughter of Bethuel son of Milcah (Milcah was the wife of Abraham's brother Nahor).

Jabez called out to the God of Israel, "If only you would greatly bless me and expand my territory! May your hand be with me! Keep me from harm so I might not endure pain!" God answered his prayer.

Asa prayed to the Lord his God: "O Lord, there is no one but you who can help the weak when they are vastly outnumbered. Help us, O Lord our God, for we rely on you and have marched on your behalf against this huge army. O Lord our God, don't let men prevail against you!"

And they called them in and ordered them not to speak or teach at all in the name of Jesus. But Peter and John replied, "Whether it is right before God to obey you rather than God, you decide, for it is impossible for us not to speak about what we have seen and heard."read more.
After threatening them further, they released them, for they could not find how to punish them on account of the people, because they were all praising God for what had happened. For the man, on whom this miraculous sign of healing had been performed, was over forty years old. When they were released, Peter and John went to their fellow believers and reported everything the high priests and the elders had said to them. When they heard this, they raised their voices to God with one mind and said, "Master of all, you who made the heaven, the earth, the sea, and everything that is in them, who said by the Holy Spirit through your servant David our forefather, 'Why do the nations rage, and the peoples plot foolish things? The kings of the earth stood together, and the rulers assembled together, against the Lord and against his Christ.' "For indeed both Herod and Pontius Pilate, with the Gentiles and the people of Israel, assembled together in this city against your holy servant Jesus, whom you anointed, to do as much as your power and your plan had decided beforehand would happen. And now, Lord, pay attention to their threats, and grant to your servants to speak your message with great courage, while you extend your hand to heal, and to bring about miraculous signs and wonders through the name of your holy servant Jesus." When they had prayed, the place where they were assembled together was shaken, and they were all filled with the Holy Spirit and began to speak the word of God courageously.

You defeated Edom and it has gone to your head. Gloat over your success, but stay in your palace. Why bring calamity on yourself? Why bring down yourself and Judah along with you?"

Don't keep speaking so arrogantly, letting proud talk come out of your mouth! For the Lord is a God who knows; he evaluates what people do.

When pride comes, then comes disgrace, but with humility comes wisdom.

The Lord abhors every arrogant person; rest assured that they will not go unpunished.

Therefore the Lord says this: "Look, I am devising disaster for this nation! It will be like a yoke from which you cannot free your neck. You will no longer walk proudly, for it will be a time of catastrophe.

For by grace you are saved through faith, and this is not from yourselves, it is the gift of God;

Come now, you who say, "Today or tomorrow we will go into this or that town and spend a year there and do business and make a profit." You do not know about tomorrow. What is your life like? For you are a puff of smoke that appears for a short time and then vanishes. You ought to say instead, "If the Lord is willing, then we will live and do this or that."read more.
But as it is, you boast in your arrogance. All such boasting is evil. So whoever knows what is good to do and does not do it is guilty of sin.

Yes, the wicked man boasts because he gets what he wants; the one who robs others curses and rejects the Lord. The wicked man is so arrogant he always thinks, "God won't hold me accountable; he doesn't care."

You have forgotten the Rock who fathered you, and put out of mind the God who gave you birth.

Be sure you do not forget the Lord your God by not keeping his commandments, ordinances, and statutes that I am giving you today. When you eat your fill, when you build and occupy good houses, when your cattle and flocks increase, when you have plenty of silver and gold, and when you have abundance of everything,read more.
be sure you do not feel self-important and forget the Lord your God who brought you from the land of Egypt, the place of slavery, and who brought you through the great, fearful desert of venomous serpents and scorpions, an arid place with no water. He made water flow from a flint rock and fed you in the desert with manna (which your ancestors had never before known) so that he might by humbling you test you and eventually bring good to you. Be careful not to say, "My own ability and skill have gotten me this wealth."

The Israelites did evil in the Lord's sight. They forgot the Lord their God and worshiped the Baals and the Asherahs.

After Gideon died, the Israelites again prostituted themselves to the Baals. They made Baal-Berith their god. The Israelites did not remain true to the Lord their God, who had delivered them from all the enemies who lived around them.

For although they knew God, they did not glorify him as God or give him thanks, but they became futile in their thoughts and their senseless hearts were darkened.

For people will be lovers of themselves, lovers of money, boastful, arrogant, blasphemers, disobedient to parents, ungrateful, unholy,

Sow your seed in the morning, and do not stop working until the evening; for you do not know which activity will succeed -- whether this one or that one, or whether both will prosper equally.

Commit your works to the Lord, and your plans will be established.

Now Mordecai went out from the king's presence in purple and white royal attire, with a large golden crown and a purple linen mantle. The city of Susa shouted with joy.

"Therefore, keep the terms of this covenant and obey them so that you may be successful in everything you do.

The plans of the diligent lead only to plenty, but everyone who is hasty comes only to poverty.