32 Bible Verses about Destruction Of Cities 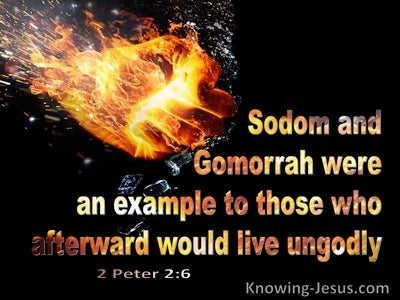 And I will make your cities waste, and bring your sanctuaries unto desolation, and I will not smell the aroma of your sweet odors.

And I will pluck up your idol poles out of your midst: so will I destroy your cities.

And Israel vowed a vow unto the LORD, and said, If you will indeed deliver this people into my hand, then I will utterly destroy their cities. And the LORD hearkened to the voice of Israel, and delivered up the Canaanites; and they utterly destroyed them and their cities: and he called the name of the place Hormah.

And I will cut off the cities of your land, and throw down all your strongholds:

Jeremiah 48:8
Verse Concepts
Those Who Destroy
No Escape

And the plunderer shall come upon every city, and no city shall escape: the valley also shall perish, and the plain shall be destroyed, as the LORD has spoken.

When it shall hail, coming down on the forest; and the city shall be brought low in humiliation.

And the cities that are inhabited shall be laid waste, and the land shall be desolate; and you shall know that I am the LORD.

Then said I, Lord, how long? And he answered, Until the cities are wasted without inhabitant, and the houses without man, and the land is utterly desolate,

I have cut off the nations: their fortresses are desolate; I laid waste their streets, so that none passes by: their cities are destroyed, so that there is no man, there is no inhabitant.

For you have made of a city a heap; of a fortified city a ruin: a palace of strangers to be no city; it shall never be built.

The young lions roared upon him, and growled, and they made his land waste: his cities are burned without inhabitant.

The city of confusion is broken down: every house is shut up, that no man may come in.

In the city is left desolation, and the gate is stricken with destruction.

I beheld, and, lo, the fruitful place was a wilderness, and all its cities were broken down at the presence of the LORD, and by his fierce anger.

Have you not heard long ago how I have done it, and of ancient times that I have formed it? now have I brought it to pass, that you should lay waste fortified cities into ruinous heaps.

Have you not heard long ago, how I have done it; and from ancient times, that I have formed it? now have I brought it to pass, that you should lay waste fortified cities into ruinous heaps.

By the blessing of the upright the city is exalted: but it is overthrown by the mouth of the wicked.

And he knew their desolate palaces, and he laid waste their cities; and the land was desolate, and the fullness thereof, by the noise of his roaring.

Amos 4:11
Verse Concepts
Sodom And GomorrahSticks
Not Returning To GodSaved From Fire

I have overthrown some of you, as God overthrew Sodom and Gomorrah, and you were as a firebrand plucked out of the burning: yet have you not returned unto me, says the LORD.

And Lot lifted up his eyes, and beheld all the plain of Jordan, that it was well watered every where, before the LORD destroyed Sodom and Gomorrah, even as the garden of the LORD, like the land of Egypt, as you came unto Zoar.

And turning the cities of Sodom and Gomorrah into ashes condemned them by a catastrophe, making them an example unto those that later should live ungodly;

And it came to pass, when God destroyed the cities of the plain, that God remembered Abraham, and sent Lot out of the midst of the overthrow, when he overthrew the cities in which Lot dwelt.

And when the morning arose, then the angels rushed Lot, saying, Arise, take your wife, and your two daughters, who are here; lest you be consumed in the iniquity of the city.

And he said unto him, See, I have accepted you concerning this thing also, that I will not overthrow this city, for which you have spoken.

And they burnt all their cities in which they dwelt, and all their encampments, with fire.

And he spoke also unto the men of Penuel, saying, When I come again in peace, I will break down this tower.