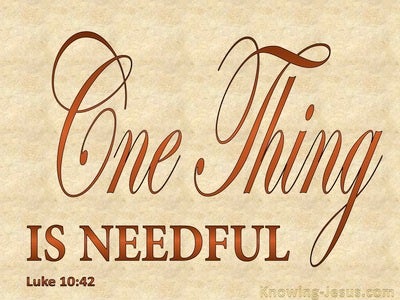 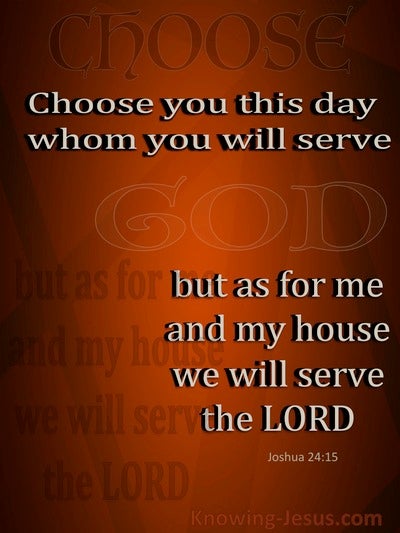 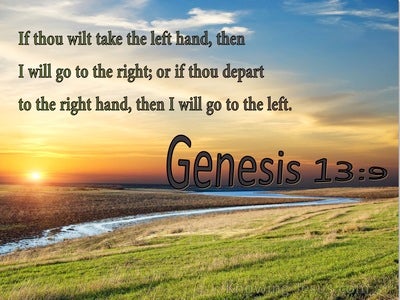 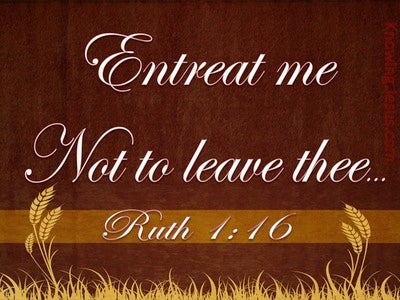 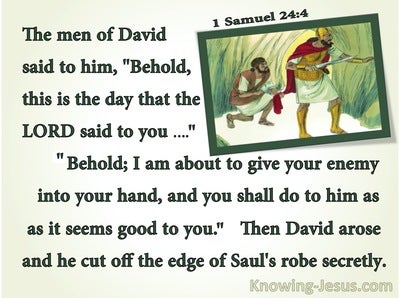 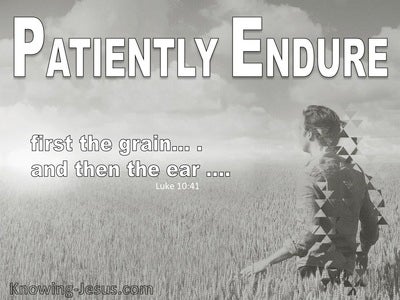 If it seems evil to you to serve Yahweh, choose this day whom you will serve; whether the gods which your fathers served that were beyond the River, or the gods of the Amorites, in whose land you dwell: but as for me and my house, we will serve Yahweh."

Then Jacob said to his household, and to all who were with him, "Put away the foreign gods that are among you, purify yourselves, change your garments. Let us arise, and go up to Bethel. I will make there an altar to God, who answered me in the day of my distress, and was with me in the way which I went." They gave to Jacob all the foreign gods which were in their hands, and the rings which were in their ears; and Jacob hid them under the oak which was by Shechem.

So Moses listened to the voice of his father-in-law, and did all that he had said. Moses chose able men out of all Israel, and made them heads over the people, rulers of thousands, rulers of hundreds, rulers of fifties, and rulers of tens.

then Moses stood in the gate of the camp, and said, "Whoever is on Yahweh's side, come to me!" All the sons of Levi gathered themselves together to him.

Jonathan said to the young man who bore his armor, "Come, and let us go over to the garrison of these uncircumcised. It may be that Yahweh will work for us; for there is no restraint on Yahweh to save by many or by few." His armor bearer said to him, "Do all that is in your heart. Turn and, behold, I am with you according to your heart."

The men of David said to him, "Behold, the day of which Yahweh said to you, 'Behold, I will deliver your enemy into your hand, and you shall do to him as it shall seem good to you.'" Then David arose, and cut off the skirt of Saul's robe secretly. It happened afterward, that David's heart struck him, because he had cut off Saul's skirt. He said to his men, "Yahweh forbid that I should do this thing to my lord, Yahweh's anointed, to put forth my hand against him, since he is Yahweh's anointed."read more.
So David checked his men with these words, and didn't allow them to rise against Saul. Saul rose up out of the cave, and went on his way.

So we worked in the work: and half of them held the spears from the rising of the morning until the stars appeared. Likewise at the same time said I to the people, "Let everyone with his servant lodge within Jerusalem, that in the night they may be a guard to us, and may labor in the day." So neither I, nor my brothers, nor my servants, nor the men of the guard who followed me, none of us took off our clothes. Everyone took his weapon to the water.

One thing I have asked of Yahweh, that I will seek after, that I may dwell in the house of Yahweh all the days of my life, to see Yahweh's beauty, and to inquire in his temple.

But if not, be it known to you, O king, that we will not serve your gods, nor worship the golden image which you have set up.

He said to them, "Come after me, and I will make you fishers for men." They immediately left their nets and followed him.

As he passed by, he saw Levi, the son of Alphaeus, sitting at the tax office, and he said to him, "Follow me." And he arose and followed him.

It happened as they went on their way, he entered into a certain village, and a certain woman named Martha received him into her house. She had a sister called Mary, who also sat at Jesus' feet, and heard his word. But Martha was distracted with much serving, and she came up to him, and said, "Lord, don't you care that my sister left me to serve alone? Ask her therefore to help me."read more.
Jesus answered her, "Martha, Martha, you are anxious and troubled about many things, but one thing is needed. Mary has chosen the good part, which will not be taken away from her."

Zacchaeus stood and said to the Lord, "Behold, Lord, half of my goods I give to the poor. If I have wrongfully exacted anything of anyone, I restore four times as much."

Joses, who by the apostles was surnamed Barnabas (which is, being interpreted, Son of Encouragement), a Levite, a man of Cyprus by race, having a field, sold it, and brought the money and laid it at the apostles' feet.

He said to them, "You men of Israel, be careful concerning these men, what you are about to do. For before these days Theudas rose up, making himself out to be somebody; to whom a number of men, about four hundred, joined themselves: who was slain; and all, as many as obeyed him, were dispersed, and came to nothing. After this man, Judas of Galilee rose up in the days of the enrollment, and drew away some people after him. He also perished, and all, as many as obeyed him, were scattered abroad.read more.
Now I tell you, withdraw from these men, and leave them alone. For if this counsel or this work is of men, it will be overthrown. But if it is of God, you will not be able to overthrow it, and you would be found even to be fighting against God!"

choosing rather to share ill treatment with God's people, than to enjoy the pleasures of sin for a time; accounting the reproach of Christ greater riches than the treasures of Egypt; for he looked to the reward.

Then Esther asked them to answer Mordecai, "Go, gather together all the Jews who are present in Shushan, and fast for me, and neither eat nor drink three days, night or day. I and my maidens will also fast the same way. Then I will go in to the king, which is against the law; and if I perish, I perish."