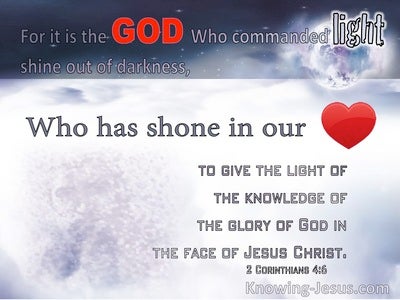 Genesis 32:30
Verse Concepts
TrinityLiving Despite God's PresenceVisionBeing Face To Face With God
Face Of GodThose Who Saw GodExperience, of GodGod, Revelation Of

And Jacob called the name of the place Peniel: for,'said he , I have seen God face to face, and my life is preserved.

And Jacob said, Nay, I pray thee, if now I have found favor in thy sight, then receive my present at my hand; forasmuch as I have seen thy face, as one seeth the face of God, and thou wast pleased with me.

Make thy face to shine upon thy servant: Save me in thy lovingkindness.

Jehovah lift up his countenance upon thee, and give thee peace.

It is burned with fire, it is cut down: They perish at the rebuke of thy countenance.

My face will I turn also from them, and they shall profane my secret place ; and robbers shall enter into it, and profane it.

Every one had four faces, and every one four wings; and the likeness of the hands of a man was under their wings.

And it was made with cherubim and palm-trees; and a palm-tree was between cherub and cherub, and every cherub had two faces;

Ezekiel 10:22
Verse Concepts
Not Turning Aside

And as for the likeness of their faces, they were the faces which I saw by the river Chebar, their appearances and themselves; they went every one straight forward.

his body also was like the beryl, and his face as the appearance of lightning, and his eyes as flaming torches, and his arms and his feet like unto burnished brass, and the voice of his words like the voice of a multitude.

And he had in his right hand seven stars: and out of his mouth proceeded a sharp two-edged sword: and his countenance was as the sun shineth in his strength.

Seeing it is God, that said, Light shall shine out of darkness, who shined in our hearts, to give the light of the knowledge of the glory of God in the face of Jesus Christ.

And I saw another strong angel coming down out of heaven, arrayed with a cloud; and the rainbow was upon his head, and his face was as the sun, and his feet as pillars of fire;