23 Bible Verses about Horns In Allegory 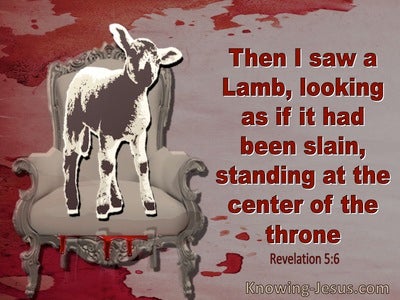 As I was considering the horns, behold, there came up among them another little horn, before whom three of the first horns were plucked up by the roots; and, behold, in this horn were eyes like the eyes of man, and a mouth speaking grand things.

also regarding the ten horns that were in its head, and of the other which came up, and before whom three fell; and that same horn had eyes and a mouth that spoke very grand things, whose appearance was greater than his fellows.

And the he goat made himself very great, and when he was at his greatest strength, that great horn was broken; and in its place came up another four marvellous ones toward the four winds of heaven.

Now that being broken, whereas four stood up in its place, means that four kingdoms shall stand up out of the nation, but not in his strength.

Then I lifted up my eyes and saw and behold four horns. And I said unto the angel that talked with me, What are these? And he answered me, These are the horns which have scattered Judah, Israel, and Jerusalem.

Zechariah 1:21
Verse Concepts
craftsmanshipHorns Weakened
Lifting HeadsWhat Do They Do?

Then I said, What do these come to do? And he spoke, saying, These are the horns which have scattered Judah, so that no one lifted up his head, but these are come to cause them to tremble, to cut down the horns of the Gentiles, which lifted up their horn over the land of Judah to scatter it.

Zechariah 1:19
Verse Concepts
jerusalemWhat Is This?
dispersion, the

And I said unto the angel that talked with me, What are these? And he answered me, These are the horns which have scattered Judah, Israel, and Jerusalem.

Daniel 8:5
Verse Concepts
SpeedOut Of The West
Not TouchingEyes In Prophecy

And as I was considering, behold, a he goat came from the west upon the face of the whole earth and did not touch the earth: and the goat had a notable horn between his eyes.

and I lifted up my eyes and saw, and, behold, a ram was standing before the river, which had two horns; and even though they were high, the one was higher than the other, and the higher one came up last.

Then I beheld another beast coming up out of the land; and he had two horns like the Lamb, but he spoke as the dragon.

After this I saw in the night visions, and behold the fourth beast, dreadful and terrible, and exceedingly strong; and it had great iron teeth; it devoured and broke in pieces and trod down that which was left with its feet; and it was very different from all the beasts that had been before her; and it had ten horns.

I saw that this horn made war against the saints and overcame them;

And the he goat is the king of Grecia, and the great horn that he had between his eyes is the first king.

The ram which thou didst see having two horns are the kings of Media and Persia.

And the angel said unto me, Why didst thou marvel? I will tell thee the mystery of the woman and of the beast that carries her, which has the seven heads and ten horns.

And the ten horns which thou didst see upon the beast, these shall hate the whore and shall make her desolate and naked and shall eat her flesh and burn her with fire.