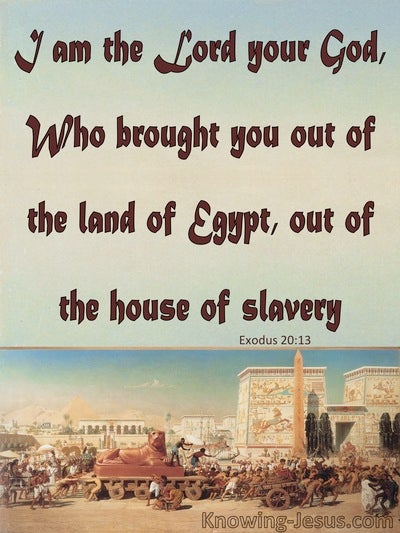 Moreover thou shalt make the tabernacle with ten curtains of fine twined linen and blue and purple and scarlet; with cherubim of cunning work shalt thou make them.

And everyone with a wise heart among those that wrought the work made the tabernacle of ten curtains of fine twined linen and blue and purple and scarlet, which they made of cunning work, with cherubim.

And for the breadth of the court on the west side shall be hangings of fifty cubits, their pillars ten, and their sockets ten.

On the west side were hangings of fifty cubits, their pillars ten and their sockets ten, the capitals of the pillars and their fillets of silver,

Then he also made ten lavers of brass; each laver contained forty baths, and each laver measured four cubits; and he set a laver upon each one of the ten bases.

and the ten bases and ten lavers upon the bases,

And Isaiah said, This sign shalt thou have of the LORD, that the LORD will do the thing that he has spoken: shall the shadow go forward ten degrees or go back ten degrees?

Then Isaiah, the prophet, cried unto the LORD, and he caused the shadow to return by the degrees by which it had gone down in the dial of Ahaz, ten degrees backward.

Behold, I will bring again the shadow of the degrees, which is gone down in the sun dial of Ahaz, ten degrees backward. So the sun returned ten degrees, by which degrees it was gone down.

The length of the porch was twenty cubits, and the breadth eleven cubits, into which they went in by steps; and there were pillars by the posts, one on this side and another on that side.

Exodus 34:28
Verse Concepts
The Law Given Through MosesFasting For Long PeriodsTerms Of The Covenant At SinaiThe Number Forty
WaterForty DaysMore Than One MonthFasting, Nature Of

And he was there with the LORD forty days and forty nights; he did not eat bread, nor drink water. And he wrote upon the tables the words of the covenant, the ten commandments.

And he declared unto you his covenant, which he commanded you to perform, the ten words; and he wrote them upon two tables of stone.

And he wrote on the tables, according to the first writing, the ten words which the LORD spoke unto you in the mount out of the midst of the fire in the day of the assembly; and the LORD gave them unto me.

Cain, Gibeah, and Timnah: ten cities with their villages;

And there fell ten portions to Manasseh besides the land of Gilead and Bashan, which were on the other side of the Jordan,

All the cities were ten with their suburbs for the remaining families of the sons of Kohath.

And unto the sons of Kohath, who were left of that family, they gave ten cities of the half tribe of Manasseh, by lot.

And he said unto him, Well done, thou good slave; because thou hast been faithful in a very little, thou shalt have authority over ten cities.

And Jesse said unto David his son, Take now for thy brethren an ephah of this parched grain and these ten loaves and run to the camp to thy brethren

And take with thee ten loaves and cracknels and a cruse of honey and go to him, that he shall tell thee what shall become of this child.

and carry these ten cheeses unto the captain of their thousand and look how thy brethren fare and take their pledge.

and he said to Jeroboam, Take ten pieces for thyself, for thus hath said the LORD God of Israel, Behold, I rend the kingdom out of the hand of Solomon and will give ten tribes to thee;

And the king of Syria said, Go, depart, and I will send a letter unto the king of Israel. And he departed, and took with him ten talents of silver and six thousand pieces of gold, and ten changes of raiment.

Neither did he leave of the people to Jehoahaz but fifty horsemen and ten chariots and ten thousand footmen, for the king of Syria had destroyed them, and had made them like dust to be tread upon.

After this I saw in the night visions, and behold the fourth beast, dreadful and terrible, and exceedingly strong; and it had great iron teeth; it devoured and broke in pieces and trod down that which was left with its feet; and it was very different from all the beasts that had been before her; and it had ten horns.

also regarding the ten horns that were in its head, and of the other which came up, and before whom three fell; and that same horn had eyes and a mouth that spoke very grand things, whose appearance was greater than his fellows.

And the angel said unto me, Why didst thou marvel? I will tell thee the mystery of the woman and of the beast that carries her, which has the seven heads and ten horns.

And the ten horns which thou didst see upon the beast, these shall hate the whore and shall make her desolate and naked and shall eat her flesh and burn her with fire.

Or what woman having ten drachmas, if she loses one drachma, does not light a lamp and sweep the house and seek diligently until she finds it?