14 Bible Verses about Impenitence, Results Of 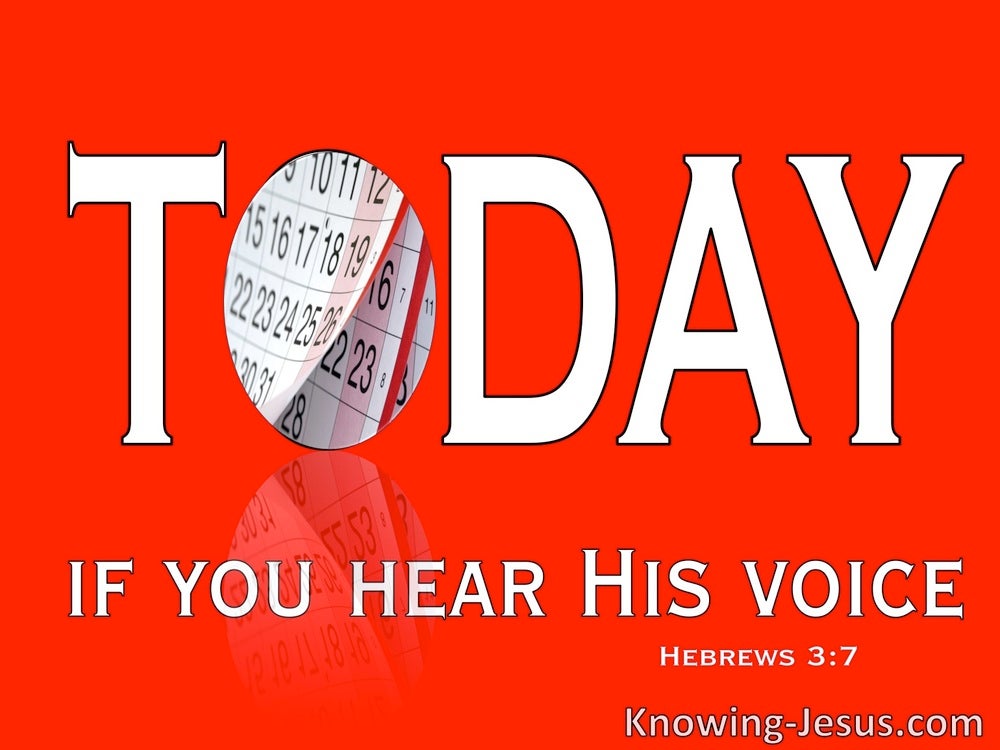 The couriers went throughout all Israel and Judah with the letters from the hand of the king and his princes, even according to the command of the king, saying, “O sons of Israel, return to the Lord God of Abraham, Isaac and Israel, that He may return to those of you who escaped and are left from the hand of the kings of Assyria. Do not be like your fathers and your brothers, who were unfaithful to the Lord God of their fathers, so that He made them a horror, as you see. Now do not stiffen your neck like your fathers, but yield to the Lord and enter His sanctuary which He has consecrated forever, and serve the Lord your God, that His burning anger may turn away from you.read more.
For if you return to the Lord, your brothers and your sons will find compassion before those who led them captive and will return to this land. For the Lord your God is gracious and compassionate, and will not turn His face away from you if you return to Him.”

“If you will return, O Israel,” declares the Lord,
“Then you should return to Me.
And if you will put away your detested things from My presence,
And will not waver,

Or at another moment I might speak concerning a nation or concerning a kingdom to build up or to plant it; if it does evil in My sight by not obeying My voice, then I will think better of the good with which I had promised to bless it.

“Therefore say to the house of Israel, ‘Thus says the Lord God, “Repent and turn away from your idols and turn your faces away from all your abominations.

Return, O Israel, to the Lord your God,
For you have stumbled because of your iniquity.
Take words with you and return to the Lord.
Say to Him, “Take away all iniquity
And receive us graciously,
That we may present the fruit of our lips.

Malachi 3:7
Verse Concepts
They Do Not Keep Commandsdrawing near to GodRevival, Corporate
Returning To GodConversion, God's demands for

“From the days of your fathers you have turned aside from My statutes and have not kept them. Return to Me, and I will return to you,” says the Lord of hosts. “But you say, ‘How shall we return?’

Therefore, just as the Holy Spirit says,
“Today if you hear His voice,
Do not harden your hearts as when they provoked Me,
As in the day of trial in the wilderness,
Where your fathers tried Me by testing Me,
And saw My works for forty years.
read more.
“Therefore I was angry with this generation,
And said, ‘They always go astray in their heart,
And they did not know My ways’;
As I swore in My wrath,
‘They shall not enter My rest.’”
Take care, brethren, that there not be in any one of you an evil, unbelieving heart that falls away from the living God. But encourage one another day after day, as long as it is still called “Today,” so that none of you will be hardened by the deceitfulness of sin. For we have become partakers of Christ, if we hold fast the beginning of our assurance firm until the end, while it is said,
“Today if you hear His voice,
Do not harden your hearts, as when they provoked Me.”
For who provoked Him when they had heard? Indeed, did not all those who came out of Egypt led by Moses? And with whom was He angry for forty years? Was it not with those who sinned, whose bodies fell in the wilderness? And to whom did He swear that they would not enter His rest, but to those who were disobedient? So we see that they were not able to enter because of unbelief.

For He is our God,
And we are the people of His pasture and the sheep of His hand.
Today, if you would hear His voice,
Do not harden your hearts, as at Meribah,
As in the day of Massah in the wilderness,

Therefore remember from where you have fallen, and repent and do the deeds you did at first; or else I am coming to you and will remove your lampstand out of its place—unless you repent.

2 Chronicles 24:20
Verse Concepts
evil, believers' responses toVictory, As An Act Of God
The Spirit Of God

Then the Spirit of God came on Zechariah the son of Jehoiada the priest; and he stood above the people and said to them, “Thus God has said, ‘Why do you transgress the commandments of the Lord and do not prosper? Because you have forsaken the Lord, He has also forsaken you.’”

but they continually mocked the messengers of God, despised His words and scoffed at His prophets, until the wrath of the Lord arose against His people, until there was no remedy. Therefore He brought up against them the king of the Chaldeans who slew their young men with the sword in the house of their sanctuary, and had no compassion on young man or virgin, old man or infirm; He gave them all into his hand.