10 Bible Verses about Kings, How They Should Act 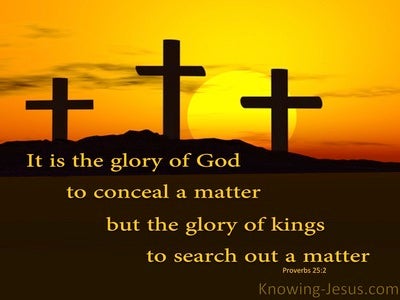 It shall be with him and he shall read it all the days of his life, that he may learn to fear the Lord his God, by carefully observing all the words of this law and these statutes,

Now therefore, O kings, show discernment;
Take warning, O judges of the earth.
Worship the Lord with reverence
And rejoice with trembling.
Do homage to the Son, that He not become angry, and you perish in the way,
For His wrath may soon be kindled.
How blessed are all who take refuge in Him!

Keep the charge of the Lord your God, to walk in His ways, to keep His statutes, His commandments, His ordinances, and His testimonies, according to what is written in the Law of Moses, that you may succeed in all that you do and wherever you turn,

“Thus says Cyrus king of Persia, ‘The Lord, the God of heaven, has given me all the kingdoms of the earth and He has appointed me to build Him a house in Jerusalem, which is in Judah. Whoever there is among you of all His people, may his God be with him! Let him go up to Jerusalem which is in Judah and rebuild the house of the Lord, the God of Israel; He is the God who is in Jerusalem. Every survivor, at whatever place he may live, let the men of that place support him with silver and gold, with goods and cattle, together with a freewill offering for the house of God which is in Jerusalem.’”

Then King Darius issued a decree, and search was made in the archives, where the treasures were stored in Babylon. In Ecbatana in the fortress, which is in the province of Media, a scroll was found and there was written in it as follows: “Memorandum— In the first year of King Cyrus, Cyrus the king issued a decree: ‘Concerning the house of God at Jerusalem, let the temple, the place where sacrifices are offered, be rebuilt and let its foundations be retained, its height being 60 cubits and its width 60 cubits;read more.
with three layers of huge stones and one layer of timbers. And let the cost be paid from the royal treasury. Also let the gold and silver utensils of the house of God, which Nebuchadnezzar took from the temple in Jerusalem and brought to Babylon, be returned and brought to their places in the temple in Jerusalem; and you shall put them in the house of God.’ “Now therefore, Tattenai, governor of the province beyond the River, Shethar-bozenai and your colleagues, the officials of the provinces beyond the River, keep away from there. Leave this work on the house of God alone; let the governor of the Jews and the elders of the Jews rebuild this house of God on its site. Moreover, I issue a decree concerning what you are to do for these elders of Judah in the rebuilding of this house of God: the full cost is to be paid to these people from the royal treasury out of the taxes of the provinces beyond the River, and that without delay. Whatever is needed, both young bulls, rams, and lambs for a burnt offering to the God of heaven, and wheat, salt, wine and anointing oil, as the priests in Jerusalem request, it is to be given to them daily without fail, that they may offer acceptable sacrifices to the God of heaven and pray for the life of the king and his sons. And I issued a decree that any man who violates this edict, a timber shall be drawn from his house and he shall be impaled on it and his house shall be made a refuse heap on account of this. May the God who has caused His name to dwell there overthrow any king or people who attempts to change it, so as to destroy this house of God in Jerusalem. I, Darius, have issued this decree, let it be carried out with all diligence!”

“Kings will be your guardians,
And their princesses your nurses.
They will bow down to you with their faces to the earth
And lick the dust of your feet;
And you will know that I am the Lord;
Those who hopefully wait for Me will not be put to shame.

“The God of Israel said,
The Rock of Israel spoke to me,
‘He who rules over men righteously,
Who rules in the fear of God,

For they will drink and forget what is decreed,
And pervert the rights of all the afflicted.