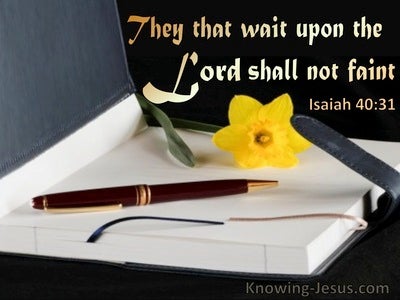 “Wise in heart and mighty in strength,
Who has defied Him without harm?
“It is God who removes the mountains, they know not how,
When He overturns them in His anger;
Who shakes the earth out of its place,
And its pillars tremble;
read more.
Who commands the sun not to shine,
And sets a seal upon the stars;
Who alone stretches out the heavens
And tramples down the waves of the sea;
Who makes the Bear, Orion and the Pleiades,
And the chambers of the south;
Who does great things, unfathomable,
And wondrous works without number.

“Oh that I knew where I might find Him,
That I might come to His seat!
“I would present my case before Him
And fill my mouth with arguments.
“I would learn the words which He would answer,
And perceive what He would say to me.
read more.
“Would He contend with me by the greatness of His power?
No, surely He would pay attention to me.
“There the upright would reason with Him;
And I would be delivered forever from my Judge.
“Behold, I go forward but He is not there,
And backward, but I cannot perceive Him;
When He acts on the left, I cannot behold Him;
He turns on the right, I cannot see Him.

“Behold, these are the fringes of His ways;
And how faint a word we hear of Him!
But His mighty thunder, who can understand?”

“God thunders with His voice wondrously,
Doing great things which we cannot comprehend.
“For to the snow He says, ‘Fall on the earth,’
And to the downpour and the rain, ‘Be strong.’
“He seals the hand of every man,
That all men may know His work.
read more.
“Then the beast goes into its lair
And remains in its den.
“Out of the south comes the storm,
And out of the north the cold.
“From the breath of God ice is made,
And the expanse of the waters is frozen.
“Also with moisture He loads the thick cloud;
He disperses the cloud of His lightning.
“It changes direction, turning around by His guidance,
That it may do whatever He commands it
On the face of the inhabited earth.
“Whether for correction, or for His world,
Or for lovingkindness, He causes it to happen.
“Listen to this, O Job,
Stand and consider the wonders of God.
“Do you know how God establishes them,
And makes the lightning of His cloud to shine?
“Do you know about the layers of the thick clouds,
The wonders of one perfect in knowledge,
You whose garments are hot,
When the land is still because of the south wind?
“Can you, with Him, spread out the skies,
Strong as a molten mirror?
“Teach us what we shall say to Him;
We cannot arrange our case because of darkness.
“Shall it be told Him that I would speak?
Or should a man say that he would be swallowed up?
“Now men do not see the light which is bright in the skies;
But the wind has passed and cleared them.
“Out of the north comes golden splendor;
Around God is awesome majesty.
“The Almighty—we cannot find Him;
He is exalted in power
And He will not do violence to justice and abundant righteousness.

Such knowledge is too wonderful for me;
It is too high, I cannot attain to it.

Great is the Lord, and highly to be praised,
And His greatness is unsearchable.

Oh, the depth of the riches both of the wisdom and knowledge of God! How unsearchable are His judgments and unfathomable His ways!