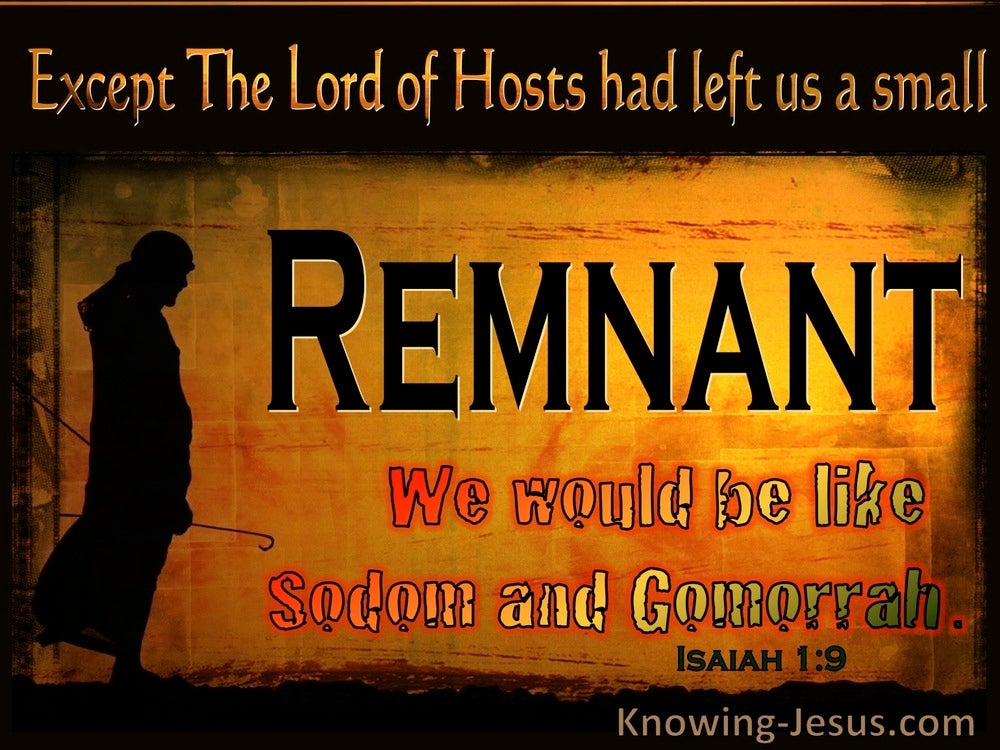 Saul replied, “Am I not a Benjamite, of the smallest of the tribes of Israel, and my family the least of all the families of the tribe of Benjamin? Why then do you speak to me in this way?”

But he said to them, “What have I done now in comparison with you? Is not the gleaning of the grapes of Ephraim better than the vintage of Abiezer?

He will bless those who fear the Lord,
The small together with the great.

“The smallest one will become a clan,
And the least one a mighty nation.
I, the Lord, will hasten it in its time.”

Then Elijah said to the people, “I alone am left a prophet of the Lord, but Baal’s prophets are 450 men.

You shall not follow the masses in doing evil, nor shall you testify in a dispute so as to turn aside after a multitude in order to pervert justice;

“Enter through the narrow gate; for the gate is wide and the way is broad that leads to destruction, and there are many who enter through it. For the gate is small and the way is narrow that leads to life, and there are few who find it. “Beware of the false prophets, who come to you in sheep’s clothing, but inwardly are ravenous wolves.read more.
You will know them by their fruits. Grapes are not gathered from thorn bushes nor figs from thistles, are they? So every good tree bears good fruit, but the bad tree bears bad fruit. A good tree cannot produce bad fruit, nor can a bad tree produce good fruit. Every tree that does not bear good fruit is cut down and thrown into the fire. So then, you will know them by their fruits. “Not everyone who says to Me, ‘Lord, Lord,’ will enter the kingdom of heaven, but he who does the will of My Father who is in heaven will enter. Many will say to Me on that day, ‘Lord, Lord, did we not prophesy in Your name, and in Your name cast out demons, and in Your name perform many miracles?’ And then I will declare to them, ‘I never knew you; depart from Me, you who practice lawlessness.’

The Lord was sorry that He had made man on the earth, and He was grieved in His heart. The Lord said, “I will blot out man whom I have created from the face of the land, from man to animals to creeping things and to birds of the sky; for I am sorry that I have made them.” But Noah found favor in the eyes of the Lord.

they proceeded to come to Moses and Aaron and to all the congregation of the sons of Israel in the wilderness of Paran, at Kadesh; and they brought back word to them and to all the congregation and showed them the fruit of the land. Thus they told him, and said, “We went in to the land where you sent us; and it certainly does flow with milk and honey, and this is its fruit. Nevertheless, the people who live in the land are strong, and the cities are fortified and very large; and moreover, we saw the descendants of Anak there.read more.
Amalek is living in the land of the Negev and the Hittites and the Jebusites and the Amorites are living in the hill country, and the Canaanites are living by the sea and by the side of the Jordan.” Then Caleb quieted the people before Moses and said, “We should by all means go up and take possession of it, for we will surely overcome it.” But the men who had gone up with him said, “We are not able to go up against the people, for they are too strong for us.” So they gave out to the sons of Israel a bad report of the land which they had spied out, saying, “The land through which we have gone, in spying it out, is a land that devours its inhabitants; and all the people whom we saw in it are men of great size. There also we saw the Nephilim (the sons of Anak are part of the Nephilim); and we became like grasshoppers in our own sight, and so we were in their sight.”

“When you go out to battle against your enemies and see horses and chariots and people more numerous than you, do not be afraid of them; for the Lord your God, who brought you up from the land of Egypt, is with you.