28 Bible Verses about Miracles Of Moses And Aaron 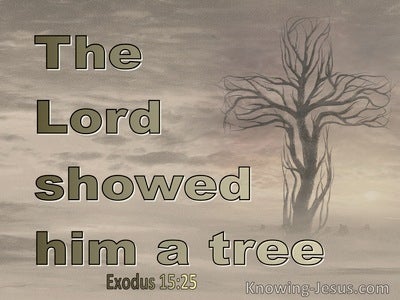 So Moses and Aaron went in unto Pharaoh, and they did as the LORD had commanded; and Aaron cast down his rod before Pharaoh and before his slaves, and it became a dragon.

And the LORD said unto Moses, Put forth thy hand, and take it by the tail. And he put forth his hand and caught it, and it became a rod in his hand.

And the LORD said furthermore unto him, Now put thy hand into thy bosom. And he put his hand into his bosom, and when he took it out, behold, his hand was leprous as snow.

And he said, Put thy hand into thy bosom again. And he put his hand into his bosom again and plucked it out of his bosom, and, behold, it was turned again as his other flesh.

Exodus 8:6
Verse Concepts
Covering The EarthAnger Of God, Examples Of
Stretching Out

And Aaron stretched out his hand over the waters of Egypt; and frogs came up and covered the land of Egypt.

Exodus 8:13
Verse Concepts
Houses Under AttackSpeaking As From God
Death Of Creatures

And the LORD did according to the word of Moses; and the frogs of the houses, of the villages, and of the fields died.

For if thou wilt not let my people go, behold, I will send swarms of flies upon thee and upon thy slaves and upon thy people and into thy houses; and the houses of the Egyptians shall be full of all kinds of flies and also the ground upon which they are. And I will separate in that day the land of Goshen, in which my people dwell, that no kind of flies shall be there to the end that thou may know that I am the LORD in the midst of the earth. And I will put redemption between my people and thy people. Tomorrow shall this sign be.read more.
And the LORD did so: that there came a grievous swarm of flies into the house of Pharaoh and into his slaves' houses and into all the land of Egypt; and the land was corrupted by reason of the swarm of flies.

And the LORD did according to the word of Moses, and he removed the swarms of flies from Pharaoh, from his slaves, and from his people; there remained not one.

And they took the soot of the furnace and stood before Pharaoh; and Moses sprinkled it up toward heaven; and boils breaking forth with blisters came upon man and upon beast until the magicians could not stand before Moses because of the boils; for the boils were upon the magicians, and upon all the Egyptians.

And Moses went out from the presence of Pharaoh and out of the city and extended his hands unto the LORD; and the thunders and hail ceased, and the rain was not poured upon the earth.

And Moses stretched forth his rod over the land of Egypt, and the LORD brought an east wind upon the land all that day, and all that night; and when it was morning, the east wind brought the locusts.

Exodus 10:19
Verse Concepts
Other References To The Red SeaOut Of The WestSea
WestWind

And the LORD turned a mighty strong west wind, which took away the locusts and cast them into the Red sea; there remained not one locust in all the borders of Egypt.

And Moses stretched forth his hand toward heaven, and there was a thick darkness in all the land of Egypt three days.

And Moses stretched out his hand over the sea; and the LORD caused the sea to go back by a strong east wind all that night and made the sea dry land, and the waters were divided. Then the sons of Israel went into the midst of the sea upon the dry ground; and the waters were a wall unto them on their right hand and on their left.

And the LORD said unto Moses, Stretch out thy hand over the sea that the waters may come again upon the Egyptians, upon their chariots, and upon their horsemen. And Moses stretched forth his hand over the sea, and the sea returned in its strength when the morning appeared; and the Egyptians fled against it; and the LORD overthrew the Egyptians in the midst of the sea. And the waters returned, and covered the chariots and the horsemen and all the host of Pharaoh that came into the sea after them; there remained not so much as one of them.

And he cried unto the LORD; and the LORD showed him a tree, which when he had cast it into the waters, the waters were made sweet. There he gave them statutes and rights, and there he proved them

Behold, I will stand before thee there upon the rock in Horeb, and thou shalt smite the rock, and water shall come out of it that the people may drink. And Moses did so in the sight of the elders of Israel.

And it came to pass, when Moses held up his hand, that Israel prevailed; but when he let down his hand, Amalek prevailed. And Moses' hands were heavy, so they took a stone and put it under him, and he sat upon it; and Aaron and Hur stayed up his hands, the one on the one side and the other on the other side; thus his hands were steady until the going down of the sun. And Joshua disabled Amalek and his people with the edge of the sword.

And Moses said, Hereby ye shall know that the LORD has sent me to do all these works, for I have not done them out of my own heart. If these men die the common death of all men or if they are visited after the visitation of all men, then the LORD has not sent me. But if the LORD does a new thing and the earth opens her mouth and swallows them up with all their things and they go down alive into Sheol, then ye shall know that these men have provoked the LORD.read more.
And it came to pass as he had made an end of speaking all these words that the ground broke open under them; the earth opened her mouth and swallowed them up, and their houses and all the men of Korah and all their goods.

Then Moses lifted up his hand, and with his rod he smote the rock twice; and the water came out abundantly, and the congregation drank, and their beasts also.