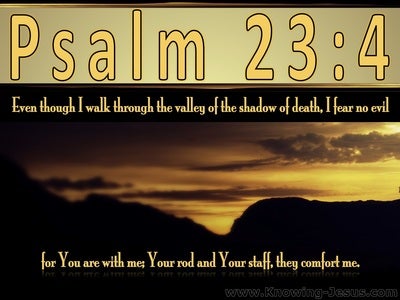 He that cuts short chastening hates his son, but he that loves him chastens him early.

Foolishness is bound in the heart of a child, but the rod of correction shall drive it far from him.

And it came to pass that on the next day Moses went into the tabernacle of the testimony; and, behold, the rod of Aaron of the house of Levi had budded and blossomed and brought forth open flowers and yielded almonds.

But Jonathan had not heard when his father charged the people with the oath, therefore, he put forth the end of the rod that was in his hand and dipped it in a honeycomb and put his hand to his mouth, and his eyes were enlightened.

For each one cast down his rod, and they became dragons; but Aaron's rod swallowed up their rods.

And there was given me a reed like unto a rod, and he said unto me, Rise and measure the temple of God and the altar and those that worship therein.

and he shall rule them with a rod of iron; as the vessels of a potter they shall be broken to shivers, even as I received of my Father.

And she brought forth a man child, who was to rule all the Gentiles with a rod of iron; and her child was caught up unto God and to his throne.

And out of his mouth goes a sharp sword, that with it he should smite the Gentiles; and he shall rule them with a rod of iron; and he treads the winepress of the fierceness and wrath of Almighty God.

Then Pharaoh also called wise men and sorcerers; now the magicians of Egypt, they also did in like manner with their fire worship. For each one cast down his rod, and they became dragons; but Aaron's rod swallowed up their rods.

And concerning the tithe of the cows or of the sheep, even of whatever passes under the rod, the tenth shall be holiness unto the LORD.

Yea, though I walk through the valley of the shadow of death, I will fear no evil: for thou art with me; thy rod and thy staff shall comfort me.

Go unto Pharaoh in the morning; behold, he goes out unto the water; and thou shalt stand by the river's brink before him and take in thy hand the rod which was turned to a serpent

Divination » Effected through » Rods
Iron » Made into » Rods

My people ask counsel of their wooden idol, and their stick declares unto them; for the spirit of whoredoms has caused them to err, and they have gone a whoring under their gods.

and he shall rule them with a rod of iron; as the vessels of a potter they shall be broken to shivers, even as I received of my Father.

Thou shalt break them with a rod of iron; thou shalt dash them in pieces like a potter's vessel.