28 Bible Verses about Money, Uses Of 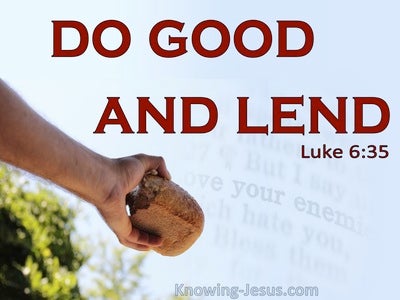 And taking counsel, they bought with it the potter's field for a burying place for strangers.

For no one among them was needy; for those who possessed lands or houses sold and brought the prices of the things sold,

And one Ananias by name, with Sapphira his wife, sold a possession, and he kept back a part of the price, his wife also being privy to it, and bringing a certain part laid it at the apostles' feet.

and they carried him back to Shechem and buried him in the tomb which Abraham bought for money of the sons of Hamor the father of Shechem.

Then Jesus lining up his eyes, and seeing many people come to him, said to Philip, Whence shall we buy bread that these may eat?

And I heard a voice in the midst of the four cherubs, saying, A choenix [a quart] of wheat for a denarius [14 cents], and three choenices of barley for a denarius; and injure not the oil and wine.

And the merchants of the earth shall weep and lament for her, because no one buys their wares any more, wares of gold and silver and precious stones and pearls, and linen and purple and silk and scarlet, and all thyine wood, and every implement of ivory and every implement of most precious wood, of brass and iron and marble, cinnamon and amomum and incense and ointment and frankincense, and wine and oil and fine flour and wheat and cattle and sheep, and of horses and chariots and servants, and souls of men.

Come now, you that say, To-day and to-morrow we will go to such a city and engage in business there a year, and trade and make profits,

This could have been sold for much and given to the poor.

For this ointment could have been sold for more than three hundred denarii [$42] and given to the poor; and they blamed her.

John 12:5
Verse Concepts
Giving To The PoorWorthValueWages
DenariusOintmentFeeding The Poor

Why was not this ointment sold for three hundred denarii [$42], and given to the poor?

who seeing Peter and John about to enter into the temple, asked to receive a charity.

And agreeing with the laborers for a denarius [14 cents] a day, he sent them into his vineyard.

Behold, the wages of the laborers who harvested your fields, kept back by you, cry, and the loud calls of the reapers have entered into the ears of the Lord of sabaoth.

And you ought then to have given my money to the brokers, and at my coming, I should have received my own with interest.

then why did you not put my silver on the [broker's] table, and when I came I should have had the same, with interest?

And if you lend to those from whom you hope to receive, what thanks have you? sinners also lend to sinners, to receive back as much again. But love your enemies, and do good, and lend, hoping for nothing in return; and your reward shall be great, and you shall be children of the Most High; for he is good to the unthankful and evil.

And when they came to Capernaum, those who received the didrachma [28 cents], came to Peter, and said, Does not your teacher pay the didrachma?

Tell us, therefore, what you think; is it right to pay tribute to Caesar or not? Jesus knowing their wickedness, said, Why do you hypocrites try me? Show me the tribute money. And they brought him a denarius [14 cents].

Shall we pay? or shall we not pay? But he knowing their hypocrisy, said to them, Why do you try me? Bring me a denarius [14 cents], that I may see it.

Is it lawful for us to pay tribute to Caesar, or not? And perceiving their craftiness, he said to them, Show me a denarius [14 cents]. Whose figure and inscription has it? And they answered and said, Caesar's.

And being assembled with the elders, and taking counsel, they gave large sums of money to the soldiers, saying, Say that his disciples came by night and stole him while we slept;

At the same time also he hoped that money would be given him by Paul; and on this account sent for him the oftener, and conversed with him.

And when we went to the proseuche, a certain female servant having a spirit, a diviner, met us, who brought her masters much gain by divining.

And the chief priests taking the silver said, It is not lawful to put it into the treasury, because it is the price of blood.

And Jesus entered into the temple of God, and cast out all that sold and bought in the temple, and overturned the tables of the brokers, and the seats of those that sold doves,

And he found in the temple those that sold cattle, and sheep, and doves, and the brokers sitting;