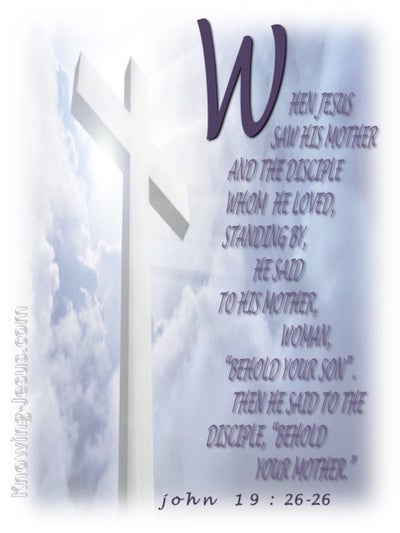 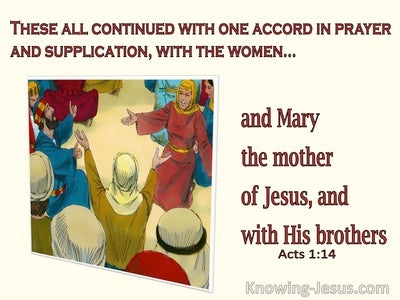 To the woman He said,
“I will greatly multiply
Your pain in childbirth,
In pain you will bring forth children;
Yet your desire will be for your husband,
And he will rule over you.”

Now Sarai, Abram’s wife had borne him no children, and she had an Egyptian maid whose name was Hagar. So Sarai said to Abram, “Now behold, the Lord has prevented me from bearing children. Please go in to my maid; perhaps I will obtain children through her.” And Abram listened to the voice of Sarai. After Abram had lived ten years in the land of Canaan, Abram’s wife Sarai took Hagar the Egyptian, her maid, and gave her to her husband Abram as his wife.read more.
He went in to Hagar, and she conceived; and when she saw that she had conceived, her mistress was despised in her sight.

Then the Lord took note of Sarah as He had said, and the Lord did for Sarah as He had promised. So Sarah conceived and bore a son to Abraham in his old age, at the appointed time of which God had spoken to him. Abraham called the name of his son who was born to him, whom Sarah bore to him, Isaac.

Then God said to Abraham, “As for Sarai your wife, you shall not call her name Sarai, but Sarah shall be her name. I will bless her, and indeed I will give you a son by her. Then I will bless her, and she shall be a mother of nations; kings of peoples will come from her.” Then Abraham fell on his face and laughed, and said in his heart, “Will a child be born to a man one hundred years old? And will Sarah, who is ninety years old, bear a child?”read more.
And Abraham said to God, “Oh that Ishmael might live before You!” But God said, “No, but Sarah your wife will bear you a son, and you shall call his name Isaac; and I will establish My covenant with him for an everlasting covenant for his descendants after him.

He said, “I will surely return to you at this time next year; and behold, Sarah your wife will have a son.” And Sarah was listening at the tent door, which was behind him. Now Abraham and Sarah were old, advanced in age; Sarah was past childbearing. Sarah laughed to herself, saying, “After I have become old, shall I have pleasure, my lord being old also?”read more.
And the Lord said to Abraham, “Why did Sarah laugh, saying, ‘Shall I indeed bear a child, when I am so old?’ Is anything too difficult for the Lord? At the appointed time I will return to you, at this time next year, and Sarah will have a son.”

Then God remembered Rachel, and God gave heed to her and opened her womb. So she conceived and bore a son and said, “God has taken away my reproach.” She named him Joseph, saying, “May the Lord give me another son.”

Then they journeyed from Bethel; and when there was still some distance to go to Ephrath, Rachel began to give birth and she suffered severe labor. When she was in severe labor the midwife said to her, “Do not fear, for now you have another son.” It came about as her soul was departing (for she died), that she named him Ben-oni; but his father called him Benjamin.

Now a man from the house of Levi went and married a daughter of Levi. The woman conceived and bore a son; and when she saw that he was beautiful, she hid him for three months.

Amram married his father’s sister Jochebed, and she bore him Aaron and Moses; and the length of Amram’s life was one hundred and thirty-seven years.

By faith Moses, when he was born, was hidden for three months by his parents, because they saw he was a beautiful child; and they were not afraid of the king’s edict.

So Boaz took Ruth, and she became his wife, and he went in to her. And the Lord enabled her to conceive, and she gave birth to a son. Then the women said to Naomi, “Blessed is the Lord who has not left you without a redeemer today, and may his name become famous in Israel. May he also be to you a restorer of life and a sustainer of your old age; for your daughter-in-law, who loves you and is better to you than seven sons, has given birth to him.”read more.
Then Naomi took the child and laid him in her lap, and became his nurse. The neighbor women gave him a name, saying, “A son has been born to Naomi!” So they named him Obed. He is the father of Jesse, the father of David.

He had two wives: the name of one was Hannah and the name of the other Peninnah; and Peninnah had children, but Hannah had no children.

When Joram saw Jehu, he said, “Is it peace, Jehu?” And he answered, “What peace, so long as the harlotries of your mother Jezebel and her witchcrafts are so many?”

Then he said, “At this season next year you will embrace a son.” And she said, “No, my lord, O man of God, do not lie to your maidservant.” The woman conceived and bore a son at that season the next year, as Elisha had said to her. When the child was grown, the day came that he went out to his father to the reapers.read more.
He said to his father, “My head, my head.” And he said to his servant, “Carry him to his mother.” When he had taken him and brought him to his mother, he sat on her lap until noon, and then died. She went up and laid him on the bed of the man of God, and shut the door behind him and went out. Then she called to her husband and said, “Please send me one of the servants and one of the donkeys, that I may run to the man of God and return.”

In the days of Herod, king of Judea, there was a priest named Zacharias, of the division of Abijah; and he had a wife from the daughters of Aaron, and her name was Elizabeth. They were both righteous in the sight of God, walking blamelessly in all the commandments and requirements of the Lord. But they had no child, because Elizabeth was barren, and they were both advanced in years.

While they were there, the days were completed for her to give birth. And she gave birth to her firstborn son; and she wrapped Him in cloths, and laid Him in a manger, because there was no room for them in the inn.

Now in the sixth month the angel Gabriel was sent from God to a city in Galilee called Nazareth, to a virgin engaged to a man whose name was Joseph, of the descendants of David; and the virgin’s name was Mary. And coming in, he said to her, “Greetings, favored one! The Lord is with you.”read more.
But she was very perplexed at this statement, and kept pondering what kind of salutation this was. The angel said to her, “Do not be afraid, Mary; for you have found favor with God. And behold, you will conceive in your womb and bear a son, and you shall name Him Jesus.

But Mary treasured all these things, pondering them in her heart.

On the third day there was a wedding in Cana of Galilee, and the mother of Jesus was there; and both Jesus and His disciples were invited to the wedding. When the wine ran out, the mother of Jesus *said to Him, “They have no wine.”read more.
And Jesus *said to her, “Woman, what does that have to do with us? My hour has not yet come.” His mother *said to the servants, “Whatever He says to you, do it.”

Greet Rufus, a choice man in the Lord, also his mother and mine.