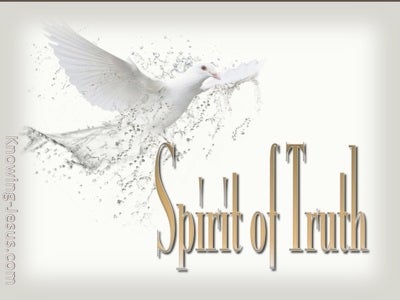 Behold, I have told you in advance.

She said, “The Philistines are upon you, Samson!” And he awoke from his sleep and said, “I will go out as at other times and shake myself free.” But he did not know that the Lord had departed from him.

And the Lord said, “Even as My servant Isaiah has gone naked and barefoot three years as a sign and token against Egypt and Cush, so the king of Assyria will lead away the captives of Egypt and the exiles of Cush, young and old, naked and barefoot with buttocks uncovered, to the shame of Egypt.

For we know that the whole creation groans and suffers the pains of childbirth together until now.

For just as the lightning comes from the east and flashes even to the west, so will the coming of the Son of Man be.

Then they will begin to say to the mountains, ‘Fall on us,’ and to the hills, ‘Cover us.’

The Revelation of Jesus Christ, which God gave Him to show to His bond-servants, the things which must soon take place; and He sent and communicated it by His angel to His bond-servant John, who testified to the word of God and to the testimony of Jesus Christ, even to all that he saw. Blessed is he who reads and those who hear the words of the prophecy, and heed the things which are written in it; for the time is near.read more.
John to the seven churches that are in Asia: Grace to you and peace, from Him who is and who was and who is to come, and from the seven Spirits who are before His throne, and from Jesus Christ, the faithful witness, the firstborn of the dead, and the ruler of the kings of the earth. To Him who loves us and released us from our sins by His blood— and He has made us to be a kingdom, priests to His God and Father—to Him be the glory and the dominion forever and ever. Amen. Behold, He is coming with the clouds, and every eye will see Him, even those who pierced Him; and all the tribes of the earth will mourn over Him. So it is to be. Amen. “I am the Alpha and the Omega,” says the Lord God, “who is and who was and who is to come, the Almighty.” I, John, your brother and fellow partaker in the tribulation and kingdom and perseverance which are in Jesus, was on the island called Patmos because of the word of God and the testimony of Jesus. I was in the Spirit on the Lord’s day, and I heard behind me a loud voice like the sound of a trumpet,

Now Samuel did not yet know the Lord, nor had the word of the Lord yet been revealed to him.

So the inhabitants of this coastland will say in that day, ‘Behold, such is our hope, where we fled for help to be delivered from the king of Assyria; and we, how shall we escape?’”