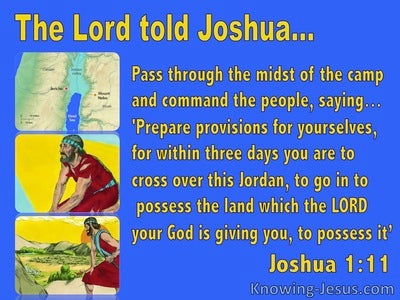 and he fleeth, he and all that he hath, and riseth, and passeth over the River, and setteth his face toward the mount of Gilead.

I have been unworthy of all the kind acts, and of all the truth which Thou hast done with thy servant -- for, with my staff I passed over this Jordan, and now I have become two camps.

Thou art passing over to-day the border of Moab, even Ar,

and it hath been, in the day of thy going out, and thou hast passed over the brook Kidron, thou dost certainly know that thou dost surely die -- thy blood is on thy head.'

Numbers 32:21
Verse Concepts
Exempt
The Lord Will Drive Them Out

and every armed one of you hath passed over the Jordan before Jehovah, till his dispossessing His enemies from before Him,

and thy servants pass over, every armed one of the host, before Jehovah, to battle, as my lord is saying.'

and Moses saith unto them, 'If the sons of Gad and the sons of Reuben pass over with you the Jordan, every one armed for battle, before Jehovah, and the land hath been subdued before you, then ye have given to them the land of Gilead for a possession;

we -- we pass over armed before Jehovah to the land of Canaan, and with us is the possession of our inheritance beyond the Jordan.'

your wives, your infants, and your substance, abide in the land which Moses hath given to you beyond the Jordan, and ye -- ye pass over by fifties, before your brethren, all the mighty ones of valour, and have helped them,

And the servants of Absalom come in unto the woman to the house, and say, 'Where are Ahimaaz and Jonathan?' and the woman saith to them, 'They passed over the brook of water;' and they seek, and have not found, and turn back to Jerusalem.

'Pass over into the midst of the camp, and command the people, saying, Prepare for yourselves provision, for within three days ye are passing over this Jordan, to go in to possess the land which Jehovah your God is giving to you to possess it.'

Joshua 3:1
Verse Concepts
Rising EarlyCrossing Into The Promised Land
Those Who Rose EarlyMorning

And Joshua riseth early in the morning, and they journey from Shittim, and come in unto the Jordan, he and all the sons of Israel, and they lodge there before they pass over.