11 Bible Verses about The Lord Drove Them Out 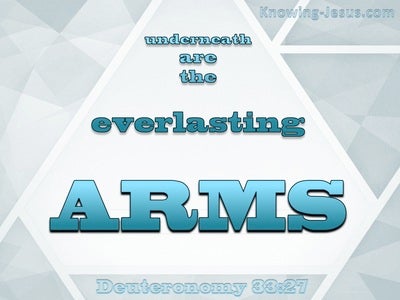 The God of old is a dwelling place, with everlasting arms underneath. He drove out your enemies before you and said: "Destroy them!'

He drove out nations before them and allotted their tribal inheritance, settling the tribes of Israel in their tents.

"Then I sent hornets ahead of you to drive out two kings of the Amorites before you without your using either sword or bow.

With your hand you expelled the nations and established our ancestors. You afflicted nations and cast them out.

You uprooted a vine from Egypt, and drove out nations to transplant it.

Joshua 24:18
Verse Concepts
He Is Our God

The LORD expelled all the people before us, including the Amorites who lived in the land. Therefore, we also will serve the LORD, since he is our God."

"Now then, since the LORD God of Israel expelled the Amorites right in front of his people Israel, are you going to control their territory?

His behavior in pursuing idolatry was detestable, just like the Amorites had done whom the LORD had expelled in front of the army of Israel.

Instead, he behaved like the kings of Israel did by making his son pass through fire, the very same abomination that the heathen practiced, whom the LORD evicted from the land right in front of the Israelis.

and because they were following the rules of the nations whom the LORD had expelled before the Israelis and that the kings of Israel had practiced.

Our ancestors brought it here with Joshua when they replaced the nations that God drove out in front of our ancestors, and it was here until the time of David.