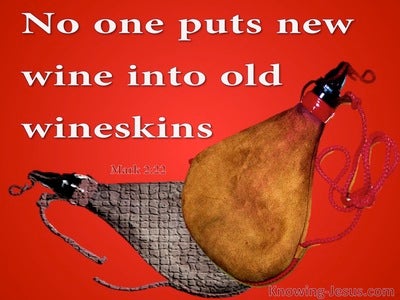 Don't neglect the gift that is in you, which was given to you by prophecy, with the laying on of the hands of the elders.

but the seventh year you shall let it rest and lie fallow, that the poor of your people may eat; and what they leave the animal of the field shall eat. In the same way, you shall deal with your vineyard and with your olive grove.

"This is the statute of the law which Yahweh has commanded: Speak to the children of Israel, that they bring you a red heifer without spot, in which is no blemish, [and] on which never came yoke.

and it shall be, that the city which is nearest to the slain man, even the elders of that city shall take a heifer of the herd, which hasn't been worked with, and which has not drawn in the yoke;

and the elders of that city shall bring down the heifer to a valley with running water, which is neither plowed nor sown, and shall break the heifer's neck there in the valley.

"Now therefore take and prepare yourselves a new cart, and two milk cows, on which there has come no yoke; and tie the cows to the cart, and bring their calves home from them;

and said to them, "Go your way into the village that is opposite you. Immediately as you enter into it, you will find a young donkey tied, on which no one has sat. Untie him, and bring him.

saying, "Go your way into the village on the other side, in which, as you enter, you will find a colt tied, whereon no man ever yet sat. Untie it, and bring it.

and laid it in his own new tomb, which he had cut out in the rock, and he rolled a great stone to the door of the tomb, and departed.

He took it down, and wrapped it in a linen cloth, and laid him in a tomb that was cut in stone, where no one had ever been laid.

Now in the place where he was crucified there was a garden. In the garden was a new tomb in which no man had ever yet been laid.

No one puts a piece of unshrunk cloth on an old garment; for the patch would tear away from the garment, and a worse hole is made.

No one sews a piece of unshrunk cloth on an old garment, or else the patch shrinks and the new tears away from the old, and a worse hole is made.

He also told a parable to them. "No one puts a piece from a new garment on an old garment, or else he will tear the new, and also the piece from the new will not match the old.

But new wine must be put into fresh wineskins, and both are preserved.

These wineskins, which we filled, were new; and behold, they are torn. These our garments and our shoes have become old because of the very long journey."

and Ishbibenob, who was of the sons of the giant, the weight of whose spear was three hundred [shekels] of brass in weight, he being armed with a new [sword], thought to have slain David.

They set the ark of God on a new cart, and brought it out of the house of Abinadab that was in the hill: and Uzzah and Ahio, the sons of Abinadab, drove the new cart.

They carried the ark of God on a new cart, [and brought it] out of the house of Abinadab: and Uzza and Ahio drove the cart.

They spoke to him, saying, "No; but we will bind you fast, and deliver you into their hand; but surely we will not kill you." They bound him with two new ropes, and brought him up from the rock.

He said to her, "If they only bind me with new ropes with which no work has been done, then shall I become weak, and be as another man."

It happened at that time, when Jeroboam went out of Jerusalem, that the prophet Ahijah the Shilonite found him in the way; now [Ahijah] had clad himself with a new garment; and they two were alone in the field.

He said, "Bring me a new jar, and put salt in it." They brought it to him.

They sacrificed to demons, [which were] no God, to gods that they didn't know, to new [gods] that came up of late, which your fathers didn't dread.

Joshua 3:4
Verse Concepts
distancespace
Ark Of The Covenant, FunctionNot Coming Near To God

Yet there shall be a space between you and it, about two thousand cubits by measure. Don't come near to it, that you may know the way by which you must go; for you have not passed this way before."