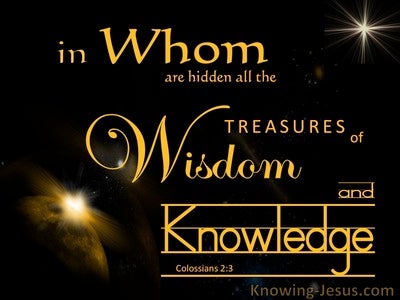 A wise man will hear and increase in learning,
And a man of understanding will acquire wise counsel,

Matthew 2:1
Verse Concepts
Kings of judahNativity of Jesus ChristJesus BirthepiphanyspringtimeProphecies Concerning Christ
Out Of The EastBabies As Prophetic SignsHistoryBethlehemWise Men

There is precious treasure and oil in the dwelling of the wise,
But a foolish man swallows it up.

Now in the morning his spirit was troubled, so he sent and called for all the magicians of Egypt, and all its wise men. And Pharaoh told them his dreams, but there was no one who could interpret them to Pharaoh.

Then Pharaoh also called for the wise men and the sorcerers, and they also, the magicians of Egypt, did the same with their secret arts.

Then the king said to the wise men who understood the times—for it was the custom of the king so to speak before all who knew law and justice and were close to him: Carshena, Shethar, Admatha, Tarshish, Meres, Marsena and Memucan, the seven princes of Persia and Media who had access to the king’s presence and sat in the first place in the kingdom—

Well then, where are your wise men?
Please let them tell you,
And let them understand what the Lord of hosts
Has purposed against Egypt.

As for every matter of wisdom and understanding about which the king consulted them, he found them ten times better than all the magicians and conjurers who were in all his realm.

Then Daniel replied with discretion and discernment to Arioch, the captain of the king’s bodyguard, who had gone forth to slay the wise men of Babylon;

A fool always loses his temper,
But a wise man holds it back.

For with You is the fountain of life;
In Your light we see light.

in whom are hidden all the treasures of wisdom and knowledge.

After coming into the house they saw the Child with Mary His mother; and they fell to the ground and worshiped Him. Then, opening their treasures, they presented to Him gifts of gold, frankincense, and myrrh. And having been warned by God in a dream not to return to Herod, the magi left for their own country by another way.

When they saw the star, they rejoiced exceedingly with great joy.

Now in the morning

and the thin ears swallowed the seven good ears. Then

This is the dream which I, King Nebuchadnezzar, have seen. Now you, Belteshazzar, tell me its interpretation, inasmuch as none of the

Then all the king’s wise men came in, but

Now God gave Solomon wisdom and very great discernment and breadth of mind, like the sand that is on the seashore. Solomon's wisdom surpassed the wisdom of all the sons of the east and all the wisdom of Egypt. For he was wiser than all men, than Ethan the Ezrahite, Heman, Calcol and Darda, the sons of Mahol; and his fame was known in all the surrounding nations. read more.
He also spoke 3,000 proverbs, and his songs were 1,005. He spoke of trees, from the cedar that is in Lebanon even to the hyssop that grows on the wall; he spoke also of animals and birds and creeping things and fish. Men came from all peoples to hear the wisdom of Solomon, from all the kings of the earth who had heard of his wisdom.

Now after Jesus was born in Bethlehem of Judea in the days of Herod the king, magi from the east arrived in Jerusalem, saying, "Where is He who has been born King of the Jews? For we saw His star in the east and have come to worship Him." When Herod the king heard this, he was troubled, and all Jerusalem with him. read more.
Gathering together all the chief priests and scribes of the people, he inquired of them where the Messiah was to be born. They said to him, "In Bethlehem of Judea; for this is what has been written by the prophet: 'AND YOU, BETHLEHEM, LAND OF JUDAH, ARE BY NO MEANS LEAST AMONG THE LEADERS OF JUDAH; FOR OUT OF YOU SHALL COME FORTH A RULER WHO WILL SHEPHERD MY PEOPLE ISRAEL.'" Then Herod secretly called the magi and determined from them the exact time the star appeared. And he sent them to Bethlehem and said, "Go and search carefully for the Child; and when you have found Him, report to me, so that I too may come and worship Him." After hearing the king, they went their way; and the star, which they had seen in the east, went on before them until it came and stood over the place where the Child was. When they saw the star, they rejoiced exceedingly with great joy. After coming into the house they saw the Child with Mary His mother; and they fell to the ground and worshiped Him. Then, opening their treasures, they presented to Him gifts of gold, frankincense, and myrrh. And having been warned by God in a dream not to return to Herod, the magi left for their own country by another way.

Wise Men In The Church