12 Bible Verses about Abraham, In Society 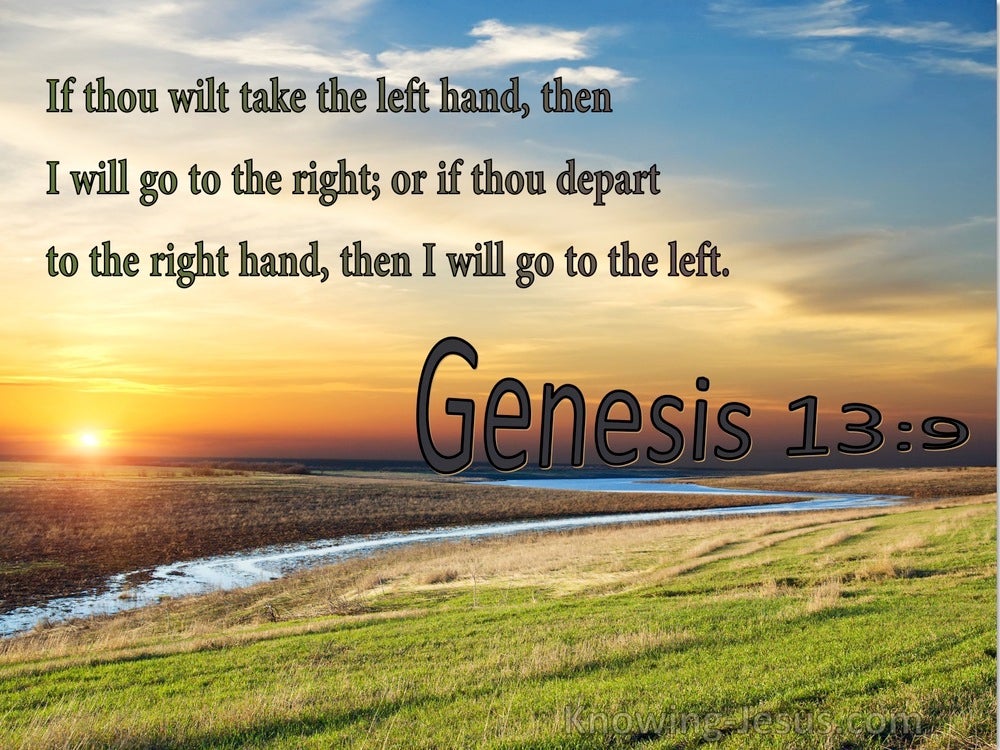 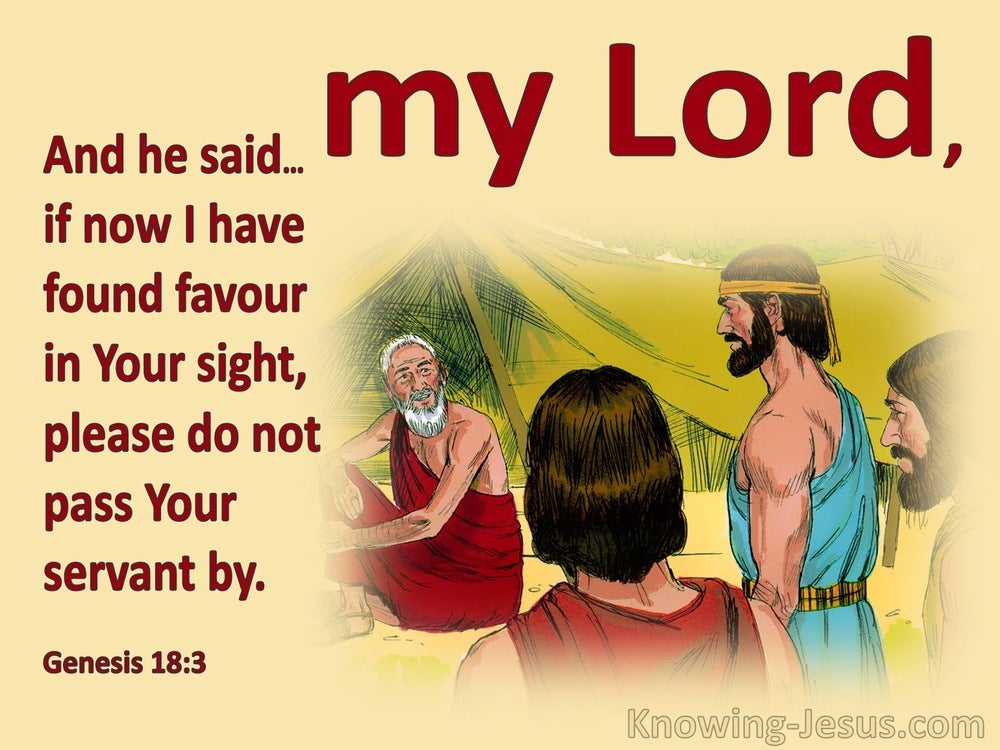 Now it came about at that time that Abimelech and Phicol, the commander of his army, spoke to Abraham, saying, “God is with you in all that you do;

“Hear us, my lord, you are a mighty prince among us; bury your dead in the choicest of our graves; none of us will refuse you his grave for burying your dead.”

Now Lot, who went with Abram, also had flocks and herds and tents. And the land could not sustain them while dwelling together, for their possessions were so great that they were not able to remain together. And there was strife between the herdsmen of Abram’s livestock and the herdsmen of Lot’s livestock. Now the Canaanite and the Perizzite were dwelling then in the land.read more.
So Abram said to Lot, “Please let there be no strife between you and me, nor between my herdsmen and your herdsmen, for we are brothers. Is not the whole land before you? Please separate from me; if to the left, then I will go to the right; or if to the right, then I will go to the left.” Lot lifted up his eyes and saw all the valley of the Jordan, that it was well watered everywhere—this was before the Lord destroyed Sodom and Gomorrah—like the garden of the Lord, like the land of Egypt as you go to Zoar. So Lot chose for himself all the valley of the Jordan, and Lot journeyed eastward. Thus they separated from each other. Abram settled in the land of Canaan, while Lot settled in the cities of the valley, and moved his tents as far as Sodom.

But Abraham complained to Abimelech because of the well of water which the servants of Abimelech had seized. And Abimelech said, “I do not know who has done this thing; you did not tell me, nor did I hear of it until today.” Abraham took sheep and oxen and gave them to Abimelech, and the two of them made a covenant.read more.
Then Abraham set seven ewe lambs of the flock by themselves. Abimelech said to Abraham, “What do these seven ewe lambs mean, which you have set by themselves?” He said, “You shall take these seven ewe lambs from my hand so that it may be a witness to me, that I dug this well.” Therefore he called that place Beersheba, because there the two of them took an oath.

The Lord has greatly blessed my master, so that he has become rich; and He has given him flocks and herds, and silver and gold, and servants and maids, and camels and donkeys.

Now Abram was very rich in livestock, in silver and in gold.

Now Abraham was old, advanced in age; and the Lord had blessed Abraham in every way.

Then a fugitive came and told Abram the Hebrew. Now he was living by the oaks of Mamre the Amorite, brother of Eshcol and brother of Aner, and these were allies with Abram. When Abram heard that his relative had been taken captive, he led out his trained men, born in his house, three hundred and eighteen, and went in pursuit as far as Dan. He divided his forces against them by night, he and his servants, and defeated them, and pursued them as far as Hobah, which is north of Damascus.read more.
He brought back all the goods, and also brought back his relative Lot with his possessions, and also the women, and the people. Then after his return from the defeat of Chedorlaomer and the kings who were with him, the king of Sodom went out to meet him at the valley of Shaveh (that is, the King’s Valley). And Melchizedek king of Salem brought out bread and wine; now he was a priest of God Most High. He blessed him and said,
“Blessed be Abram of God Most High,
Possessor of heaven and earth;
And blessed be God Most High,
Who has delivered your enemies into your hand.”
He gave him a tenth of all. The king of Sodom said to Abram, “Give the people to me and take the goods for yourself.”

Abram said to the king of Sodom, “I have sworn to the Lord God Most High, possessor of heaven and earth, that I will not take a thread or a sandal thong or anything that is yours, for fear you would say, ‘I have made Abram rich.’ I will take nothing except what the young men have eaten, and the share of the men who went with me, Aner, Eshcol, and Mamre; let them take their share.”

So Abraham rose and bowed to the people of the land, the sons of Heth. And he spoke with them, saying, “If it is your wish for me to bury my dead out of my sight, hear me, and approach Ephron the son of Zohar for me, that he may give me the cave of Machpelah which he owns, which is at the end of his field; for the full price let him give it to me in your presence for a burial site.”read more.
Now Ephron was sitting among the sons of Heth; and Ephron the Hittite answered Abraham in the hearing of the sons of Heth; even of all who went in at the gate of his city, saying, “No, my lord, hear me; I give you the field, and I give you the cave that is in it. In the presence of the sons of my people I give it to you; bury your dead.” And Abraham bowed before the people of the land. He spoke to Ephron in the hearing of the people of the land, saying, “If you will only please listen to me; I will give the price of the field, accept it from me that I may bury my dead there.” Then Ephron answered Abraham, saying to him, “My lord, listen to me; a piece of land worth four hundred shekels of silver, what is that between me and you? So bury your dead.” Abraham listened to Ephron; and Abraham weighed out for Ephron the silver which he had named in the hearing of the sons of Heth, four hundred shekels of silver, commercial standard.

Now Abraham was old, advanced in age; and the Lord had blessed Abraham in every way. Abraham said to his servant, the oldest of his household, who had charge of all that he owned, “Please place your hand under my thigh, and I will make you swear by the Lord, the God of heaven and the God of earth, that you shall not take a wife for my son from the daughters of the Canaanites, among whom I live,read more.
but you will go to my country and to my relatives, and take a wife for my son Isaac.”

Now the Lord appeared to him by the oaks of Mamre, while he was sitting at the tent door in the heat of the day. When he lifted up his eyes and looked, behold, three men were standing opposite him; and when he saw them, he ran from the tent door to meet them and bowed himself to the earth, and said, “My Lord, if now I have found favor in Your sight, please do not pass Your servant by.read more.
Please let a little water be brought and wash your feet, and rest yourselves under the tree; and I will bring a piece of bread, that you may refresh yourselves; after that you may go on, since you have visited your servant.” And they said, “So do, as you have said.” So Abraham hurried into the tent to Sarah, and said, “Quickly, prepare three measures of fine flour, knead it and make bread cakes.” Abraham also ran to the herd, and took a tender and choice calf and gave it to the servant, and he hurried to prepare it. He took curds and milk and the calf which he had prepared, and placed it before them; and he was standing by them under the tree as they ate.