6 Bible Verses about Anxiety, Cause 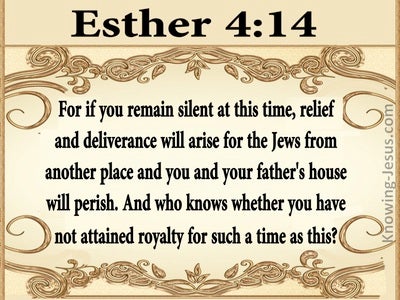 The messengers returned to Jacob, saying, "We came to your brother Esau, and furthermore he is coming to meet you, and four hundred men are with him." Then Jacob was greatly afraid and distressed; and he divided the people who were with him, and the flocks and the herds and the camels, into two companies; for he said, "If Esau comes to the one company and attacks it, then the company which is left will escape."read more.
Jacob said, "O God of my father Abraham and God of my father Isaac, O LORD, who said to me, 'Return to your country and to your relatives, and I will prosper you,' I am unworthy of all the lovingkindness and of all the faithfulness which You have shown to Your servant; for with my staff only I crossed this Jordan, and now I have become two companies. "Deliver me, I pray, from the hand of my brother, from the hand of Esau; for I fear him, that he will come and attack me and the mothers with the children. "For You said, 'I will surely prosper you and make your descendants as the sand of the sea, which is too great to be numbered.'"

Now David was sitting between the two gates; and the watchman went up to the roof of the gate by the wall, and raised his eyes and looked, and behold, a man running by himself. The watchman called and told the king. And the king said, "If he is by himself there is good news in his mouth." And he came nearer and nearer. Then the watchman saw another man running; and the watchman called to the gatekeeper and said, "Behold, another man running by himself." And the king said, "This one also is bringing good news."read more.
The watchman said, "I think the running of the first one is like the running of Ahimaaz the son of Zadok " And the king said, "This is a good man and comes with good news." Ahimaaz called and said to the king, "All is well." And he prostrated himself before the king with his face to the ground And he said, "Blessed is the LORD your God, who has delivered up the men who lifted their hands against my lord the king." The king said, "Is it well with the young man Absalom?" And Ahimaaz answered, "When Joab sent the king's servant, and your servant, I saw a great tumult, but I did not know what it was." Then the king said, "Turn aside and stand here." So he turned aside and stood still. Behold, the Cushite arrived, and the Cushite said, "Let my lord the king receive good news, for the LORD has freed you this day from the hand of all those who rose up against you." Then the king said to the Cushite, "Is it well with the young man Absalom?" And the Cushite answered, "Let the enemies of my lord the king, and all who rise up against you for evil, be as that young man!" The king was deeply moved and went up to the chamber over the gate and wept. And thus he said as he walked, "O my son Absalom, my son, my son Absalom! Would I had died instead of you, O Absalom, my son, my son!"

When Mordecai learned all that had been done, he tore his clothes, put on sackcloth and ashes, and went out into the midst of the city and wailed loudly and bitterly. He went as far as the king's gate, for no one was to enter the king's gate clothed in sackcloth. In each and every province where the command and decree of the king came, there was great mourning among the Jews, with fasting, weeping and wailing; and many lay on sackcloth and ashes.read more.
Then Esther's maidens and her eunuchs came and told her, and the queen writhed in great anguish. And she sent garments to clothe Mordecai that he might remove his sackcloth from him, but he did not accept them. Then Esther summoned Hathach from the king's eunuchs, whom the king had appointed to attend her, and ordered him to go to Mordecai to learn what this was and why it was. So Hathach went out to Mordecai to the city square in front of the king's gate. Mordecai told him all that had happened to him, and the exact amount of money that Haman had promised to pay to the king's treasuries for the destruction of the Jews. He also gave him a copy of the text of the edict which had been issued in Susa for their destruction, that he might show Esther and inform her, and to order her to go in to the king to implore his favor and to plead with him for her people. Hathach came back and related Mordecai's words to Esther. Then Esther spoke to Hathach and ordered him to reply to Mordecai: "All the king's servants and the people of the king's provinces know that for any man or woman who comes to the king to the inner court who is not summoned, he has but one law, that he be put to death, unless the king holds out to him the golden scepter so that he may live. And I have not been summoned to come to the king for these thirty days." They related Esther's words to Mordecai. Then Mordecai told them to reply to Esther, "Do not imagine that you in the king's palace can escape any more than all the Jews. "For if you remain silent at this time, relief and deliverance will arise for the Jews from another place and you and your father's house will perish. And who knows whether you have not attained royalty for such a time as this?" Then Esther told them to reply to Mordecai, "Go, assemble all the Jews who are found in Susa, and fast for me; do not eat or drink for three days, night or day. I and my maidens also will fast in the same way. And thus I will go in to the king, which is not according to the law; and if I perish, I perish." So Mordecai went away and did just as Esther had commanded him.

Luke 2:48
Verse Concepts
Why Does Jesus Do This?Criticism, against believers
Love, And The WorldMothers, Responsibilities Of

When they saw Him, they were astonished; and His mother said to Him, "Son, why have You treated us this way? Behold, Your father and I have been anxiously looking for You."

Therefore He came again to Cana of Galilee where He had made the water wine And there was a royal official whose son was sick at Capernaum. When he heard that Jesus had come out of Judea into Galilee, he went to Him and was imploring Him to come down and heal his son; for he was at the point of death. So Jesus said to him, "Unless you people see signs and wonders, you simply will not believe."read more.
The royal official said to Him, "Sir, come down before my child dies."

Now when I came to Troas for the gospel of Christ and when a door was opened for me in the Lord, I had no rest for my spirit, not finding Titus my brother; but taking my leave of them, I went on to Macedonia.