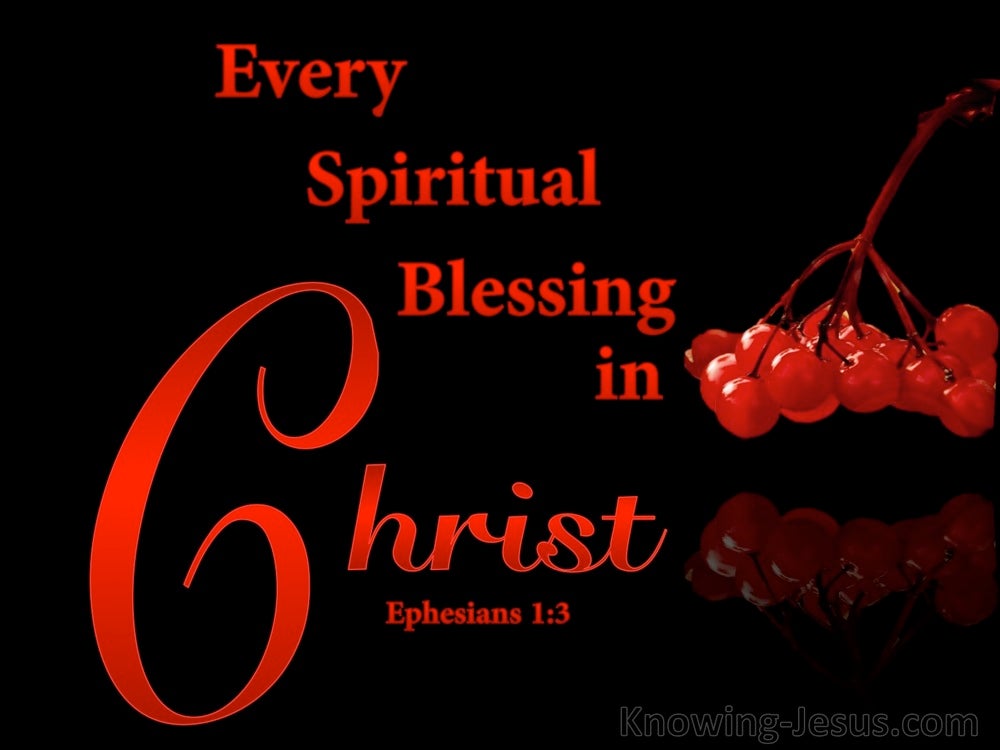 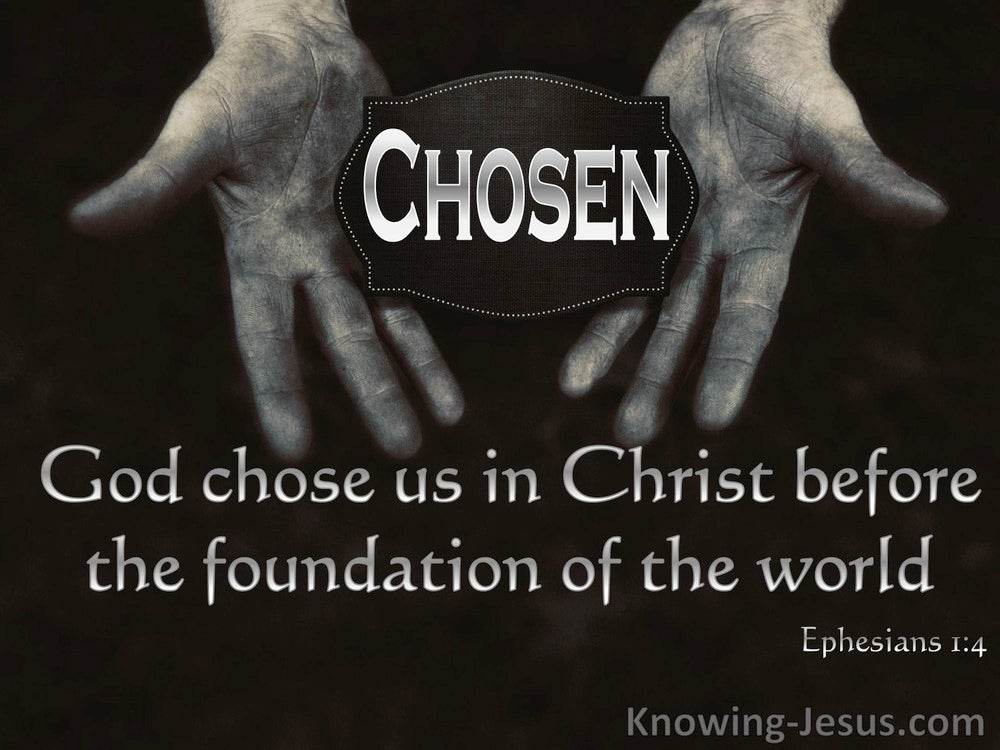 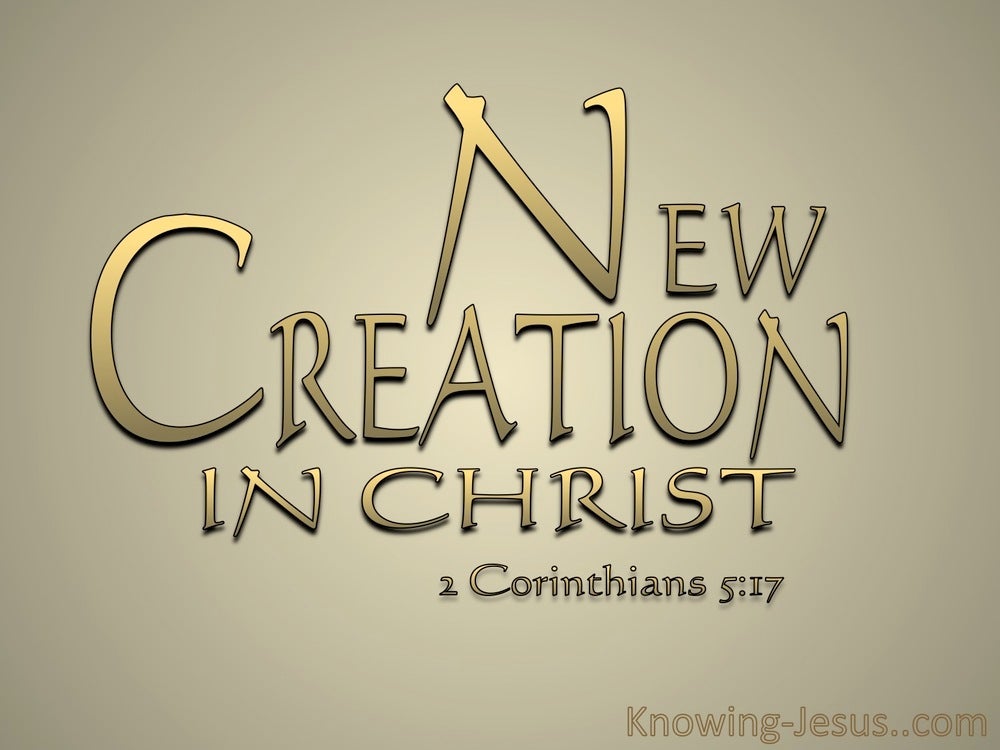 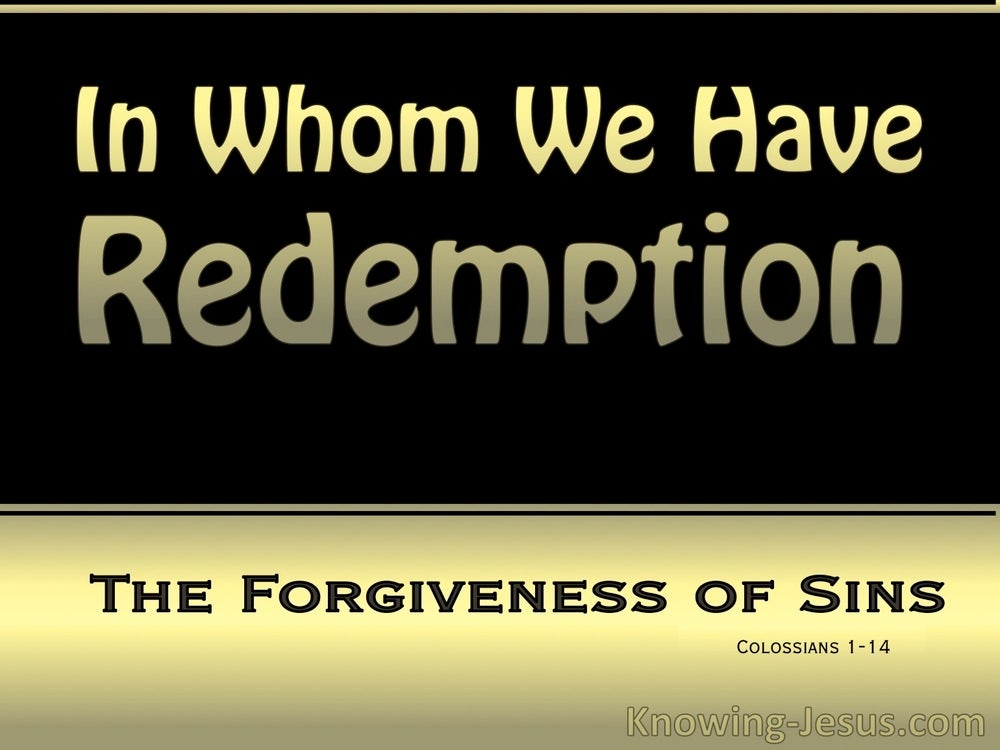 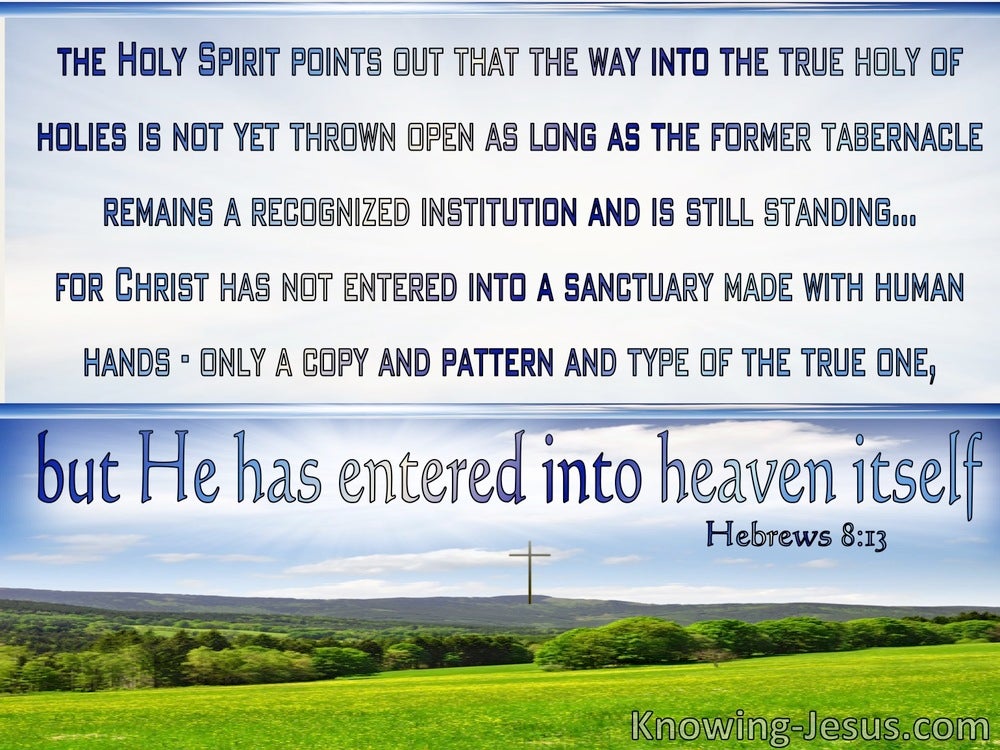 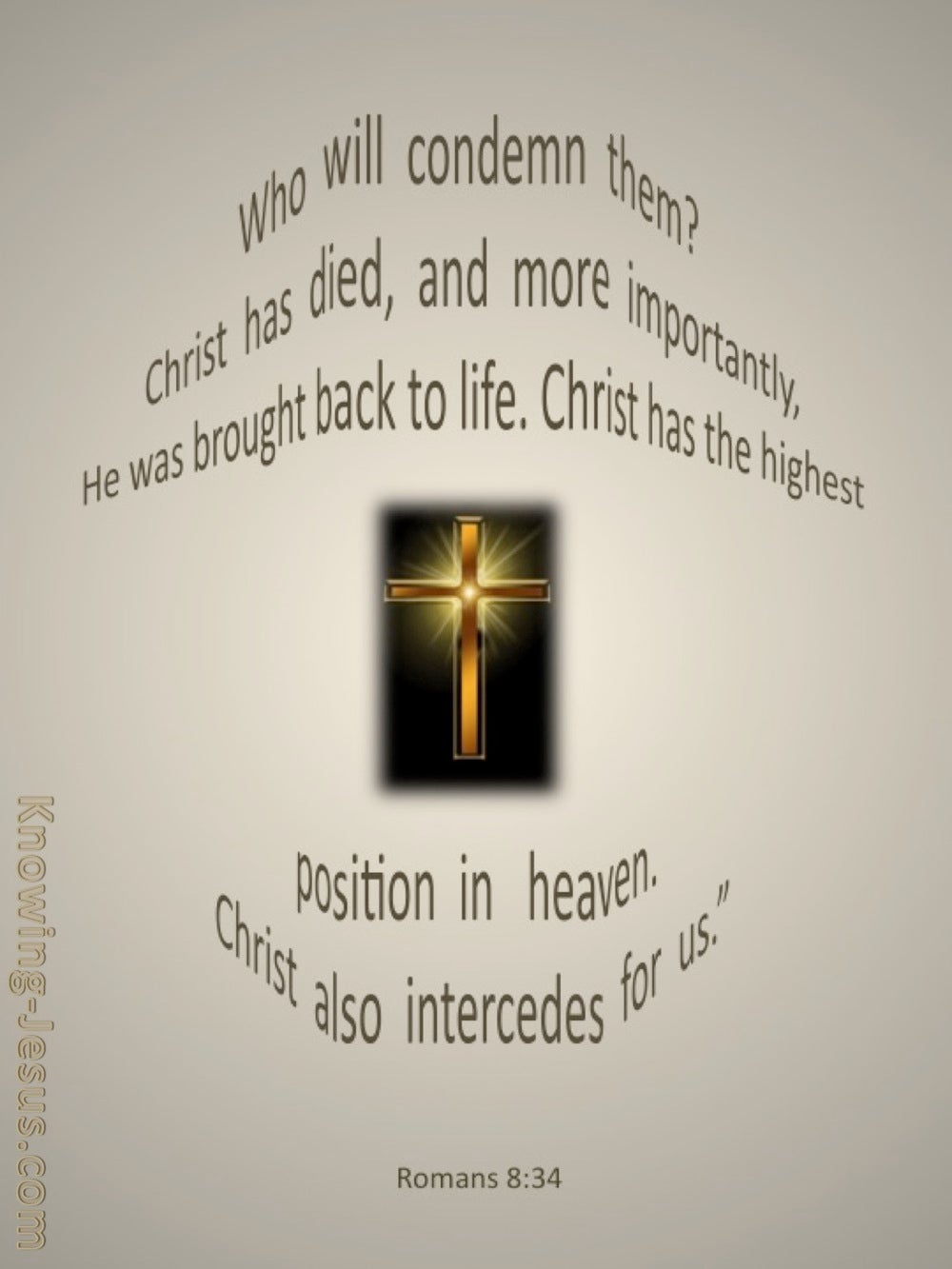 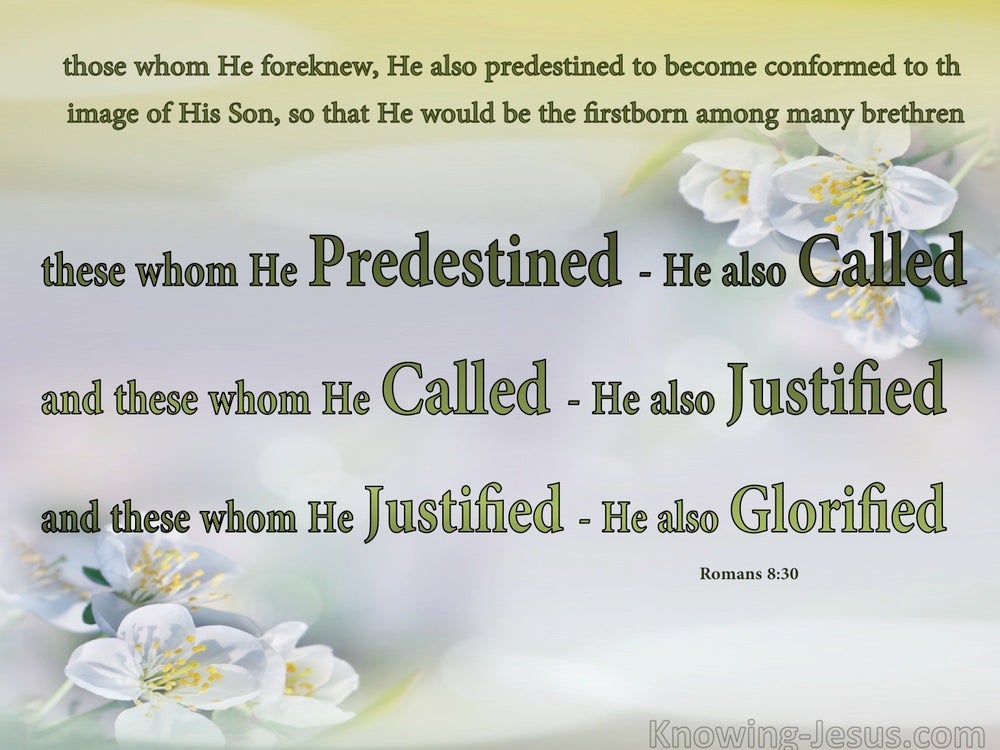 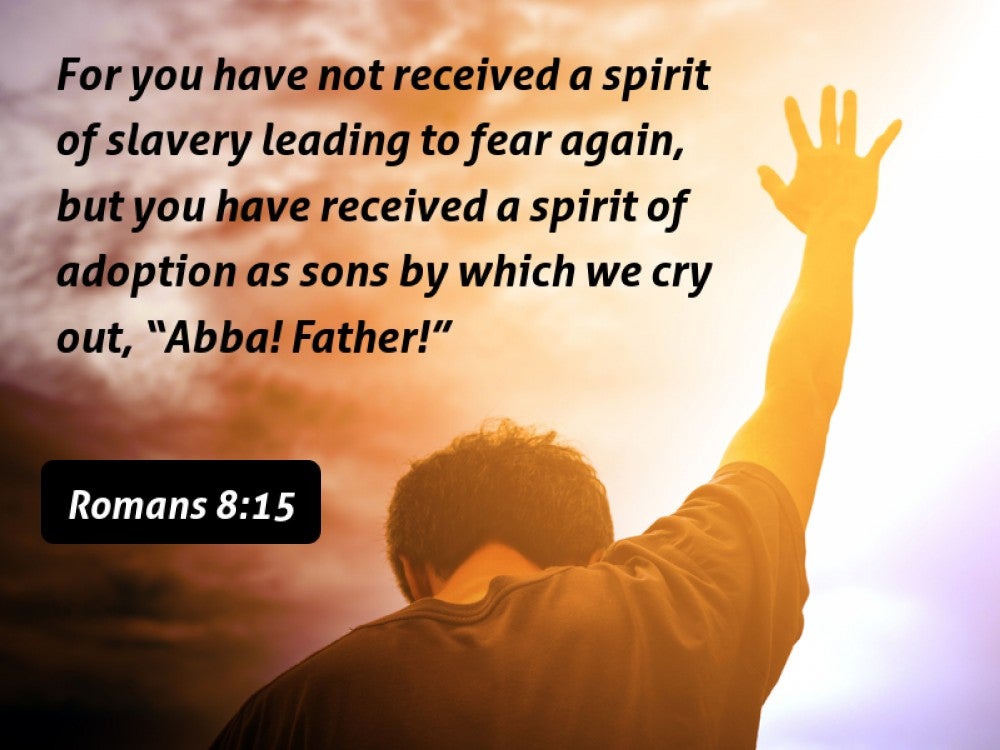 Blessed be the God and Father of our Lord Jesus Christ, who has blessed us with every spiritual blessing in the heavenly places in Christ, just as He chose us in Him before the foundation of the world, that we would be holy and blameless before Him. In love He predestined us to adoption as sons through Jesus Christ to Himself, according to the kind intention of His will,

in whom we have redemption, the forgiveness of sins.

For you have not received a spirit of slavery leading to fear again, but you have received a spirit of adoption as sons by which we cry out, “Abba! Father!” The Spirit Himself testifies with our spirit that we are children of God, and if children, heirs also, heirs of God and fellow heirs with Christ, if indeed we suffer with Him so that we may also be glorified with Him.

Therefore there is now no condemnation for those who are in Christ Jesus.

but you will receive power when the Holy Spirit has come upon you; and you shall be My witnesses both in Jerusalem, and in all Judea and Samaria, and even to the remotest part of the earth.”

Therefore let it be known to you, brethren, that through Him forgiveness of sins is proclaimed to you, and through Him everyone who believes is freed from all things, from which you could not be freed through the Law of Moses.

But now He has obtained a more excellent ministry, by as much as He is also the mediator of a better covenant, which has been enacted on better promises. For if that first covenant had been faultless, there would have been no occasion sought for a second. For finding fault with them, He says,
“Behold, days are coming, says the Lord,
When I will effect a new covenant
With the house of Israel and with the house of Judah;
read more.
Not like the covenant which I made with their fathers
On the day when I took them by the hand
To lead them out of the land of Egypt;
For they did not continue in My covenant,
And I did not care for them, says the Lord.
“For this is the covenant that I will make with the house of Israel
After those days, says the Lord:
I will put My laws into their minds,
And I will write them on their hearts.
And I will be their God,
And they shall be My people.
“And they shall not teach everyone his fellow citizen,
And everyone his brother, saying, ‘Know the Lord,’
For all will know Me,
From the least to the greatest of them.
“For I will be merciful to their iniquities,
And I will remember their sins no more.”
When He said, “A new covenant,” He has made the first obsolete. But whatever is becoming obsolete and growing old is ready to disappear.

who is the one who condemns? Christ Jesus is He who died, yes, rather who was raised, who is at the right hand of God, who also intercedes for us.