52 Bible Verses about Faith, As Basis Of Salvation 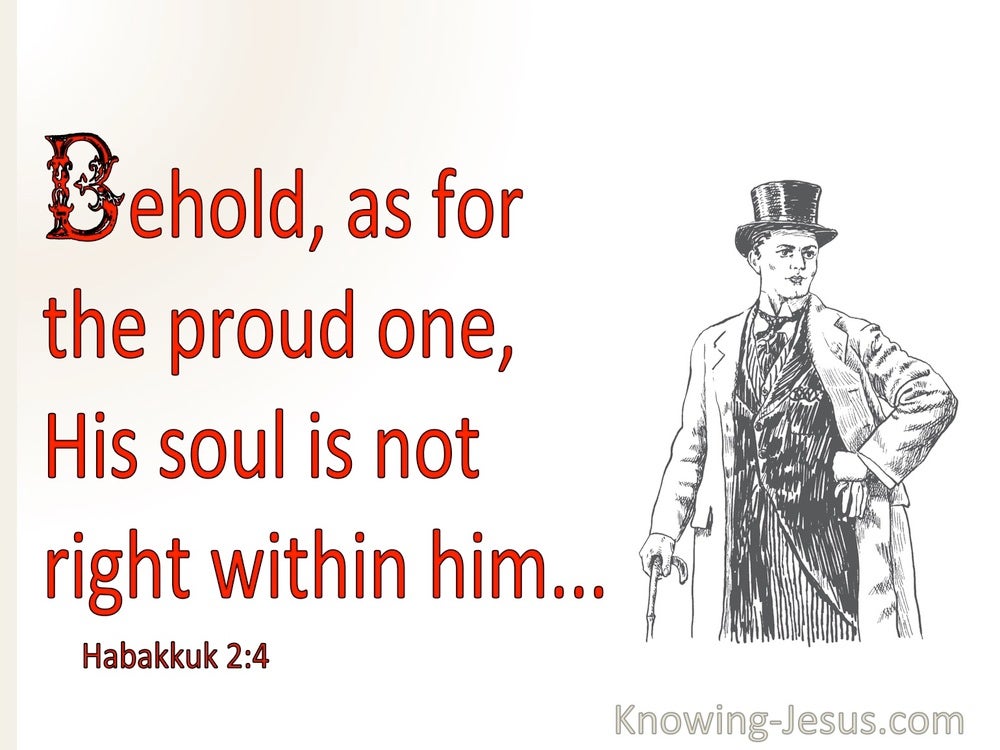 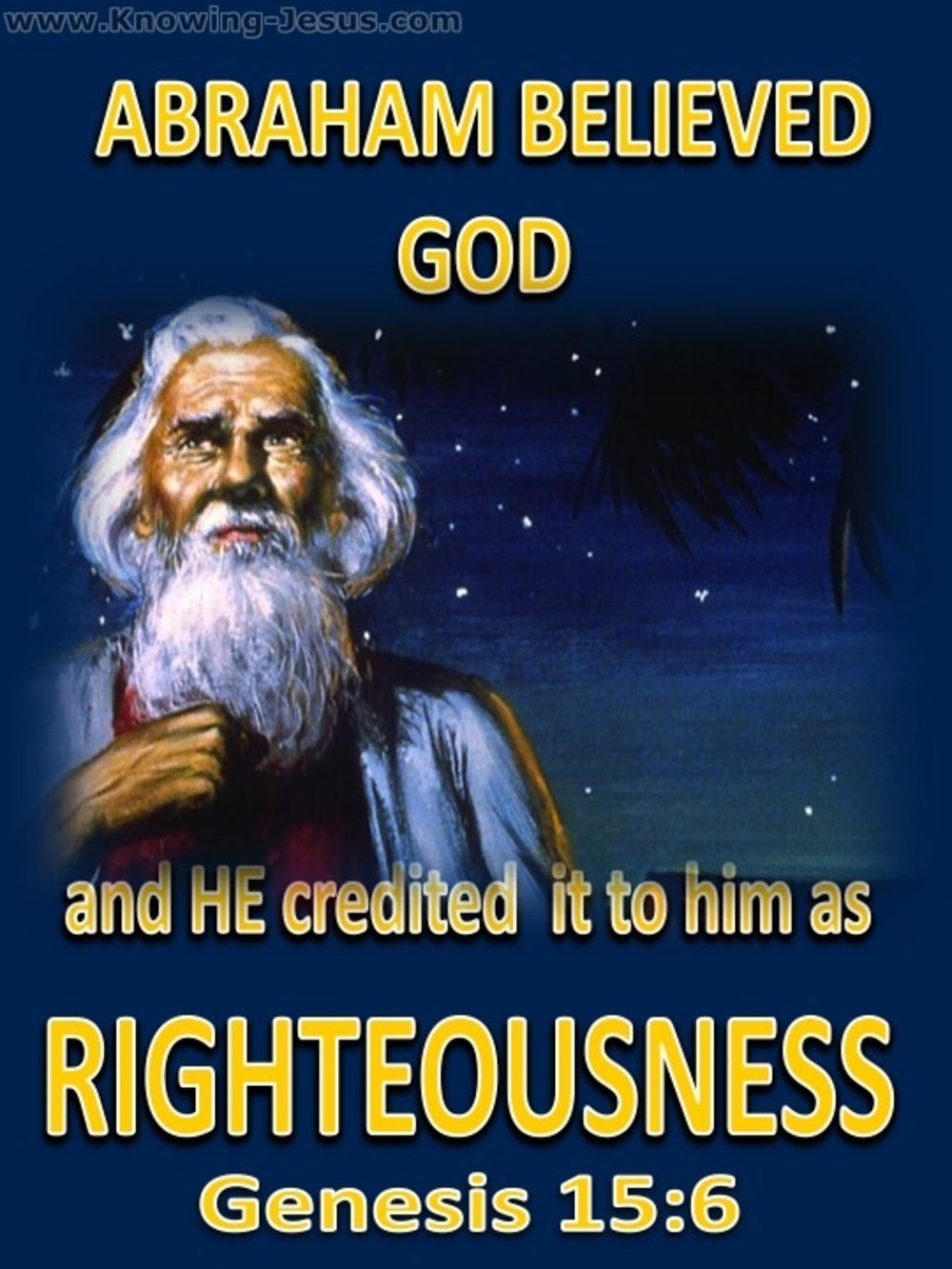 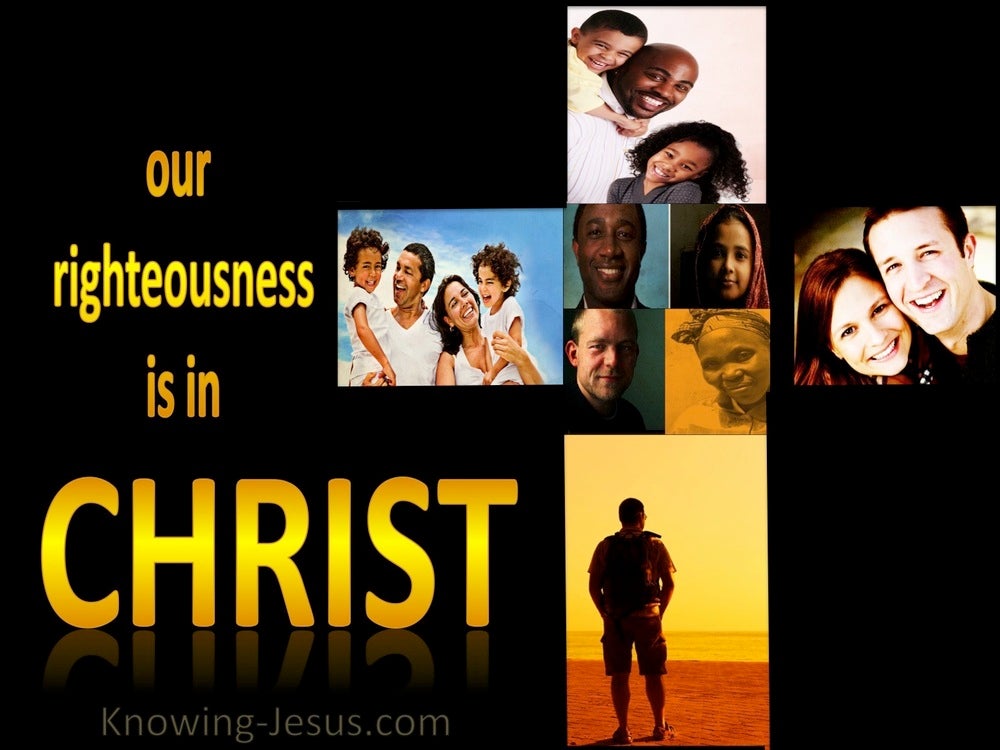 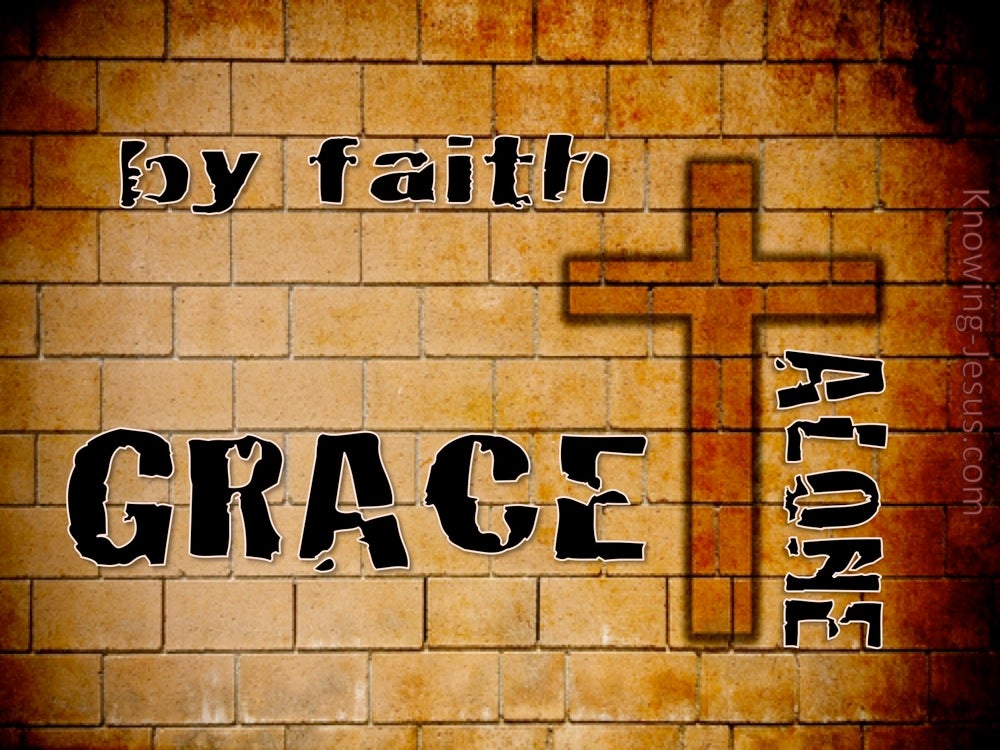 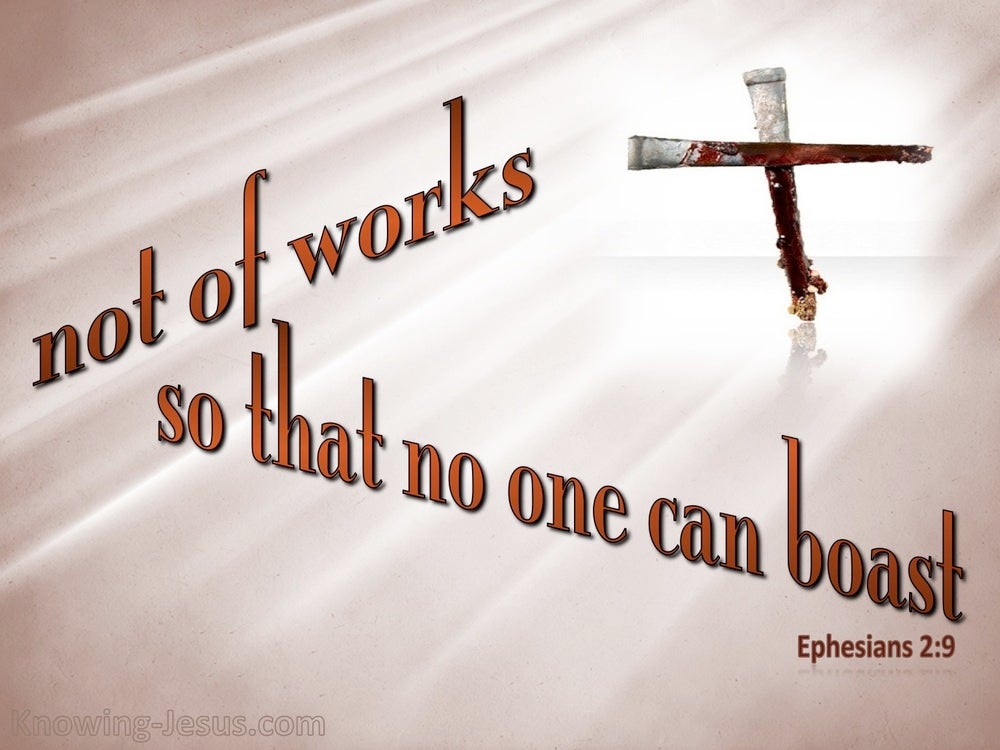 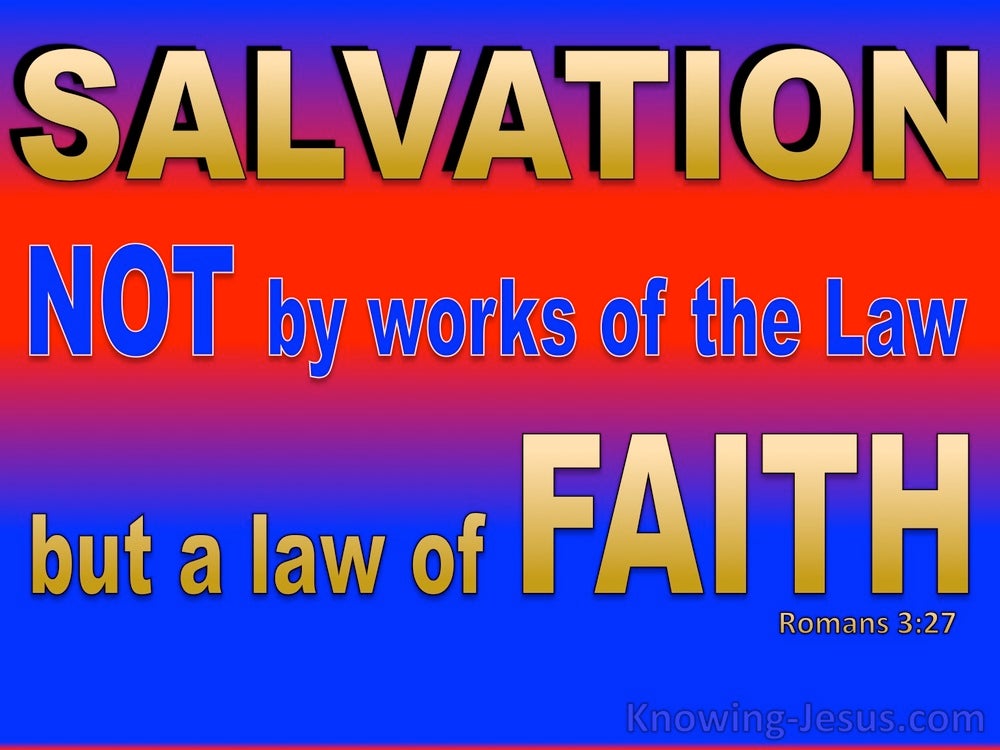 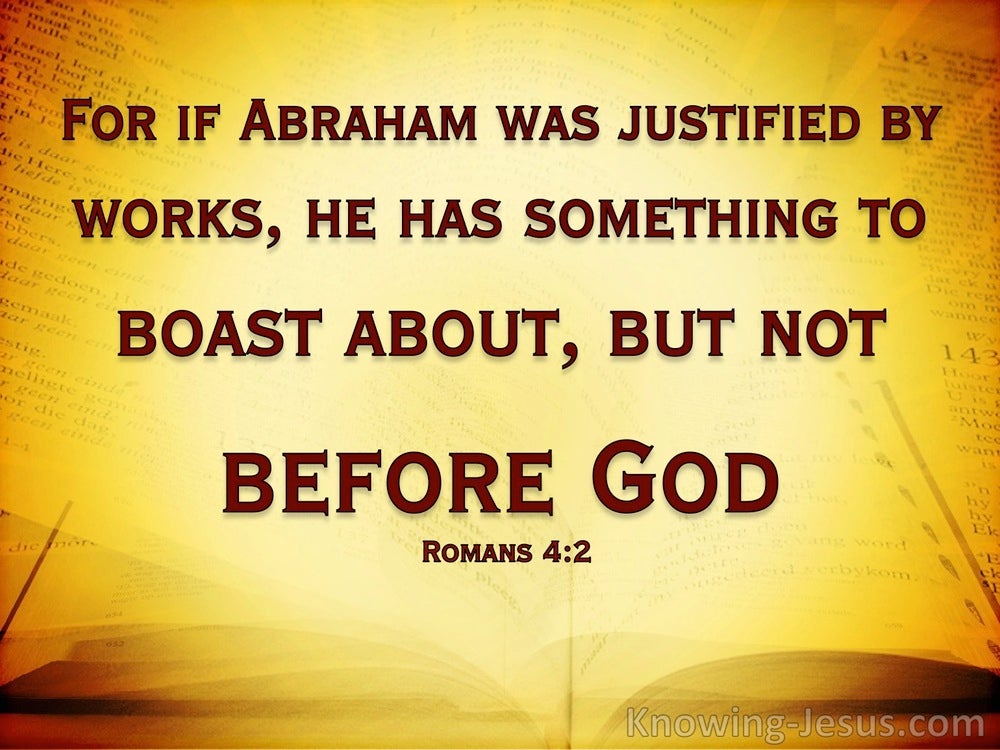 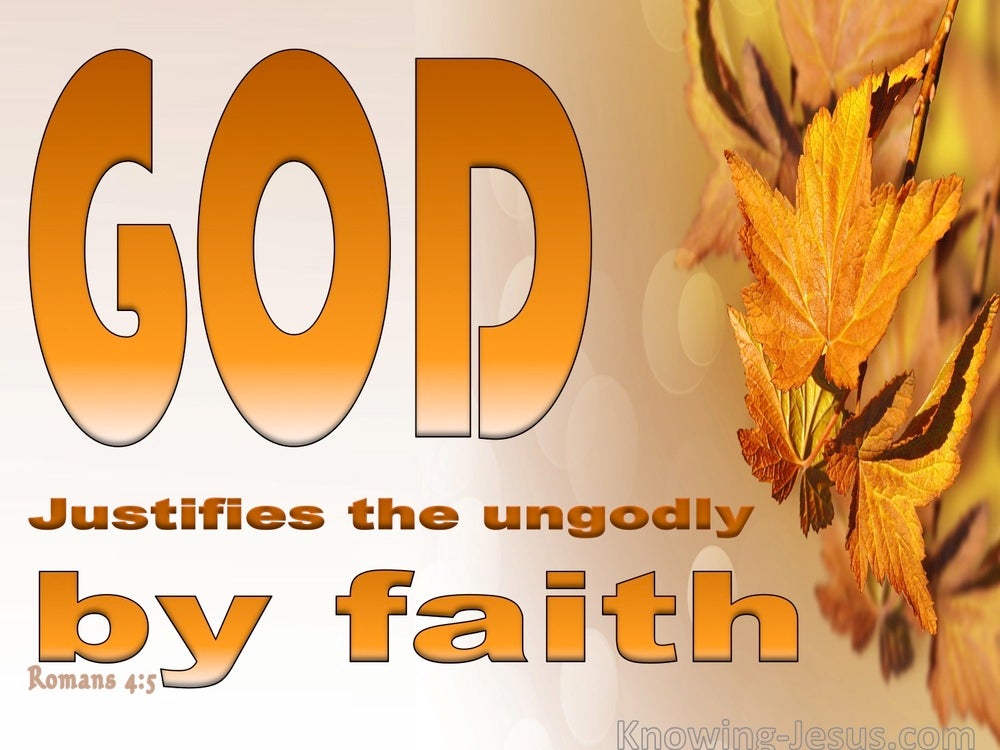 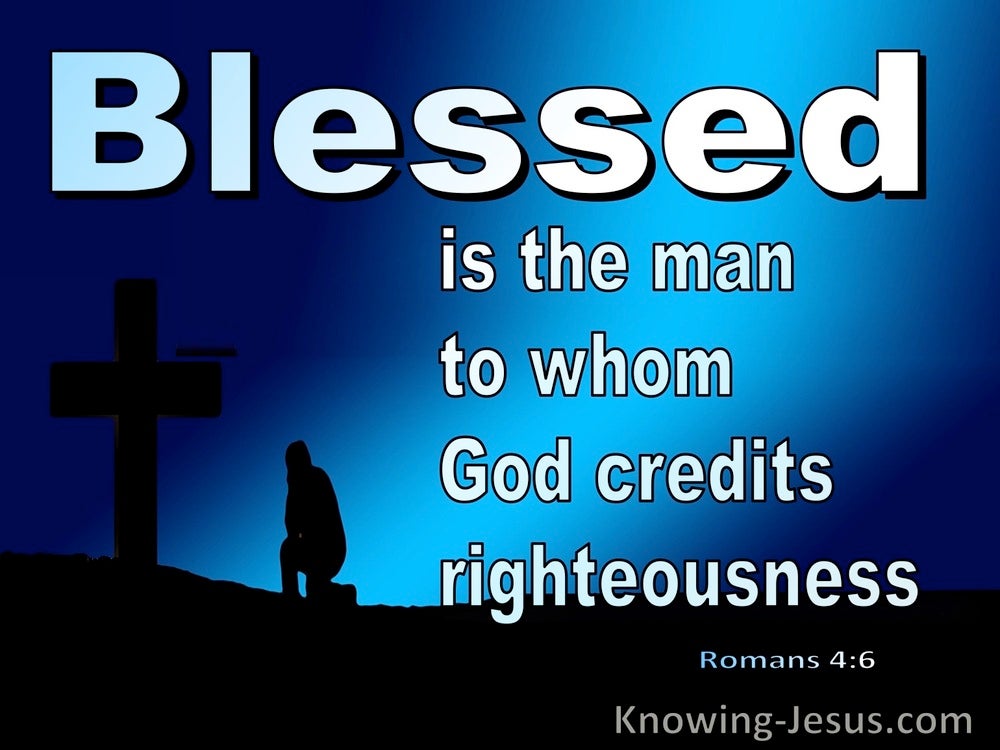 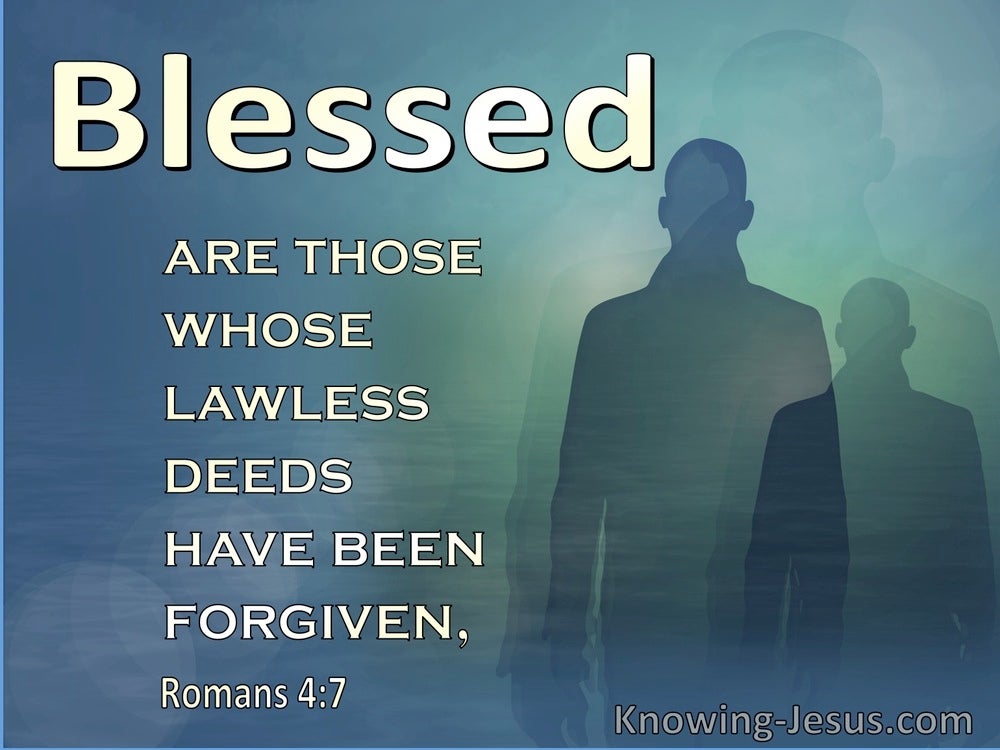 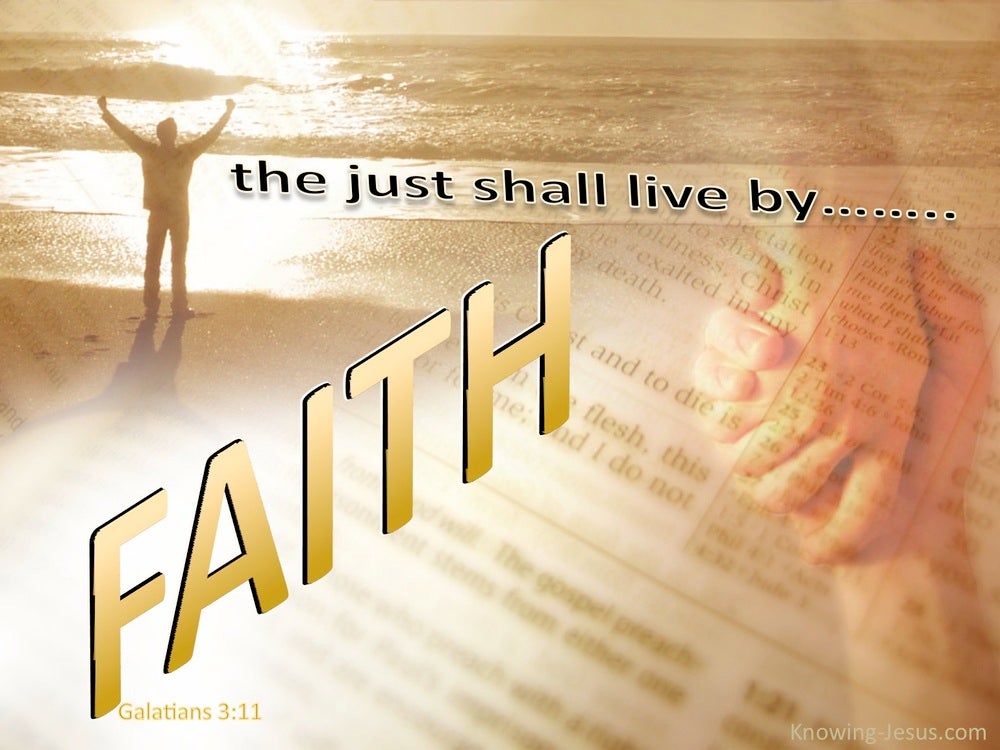 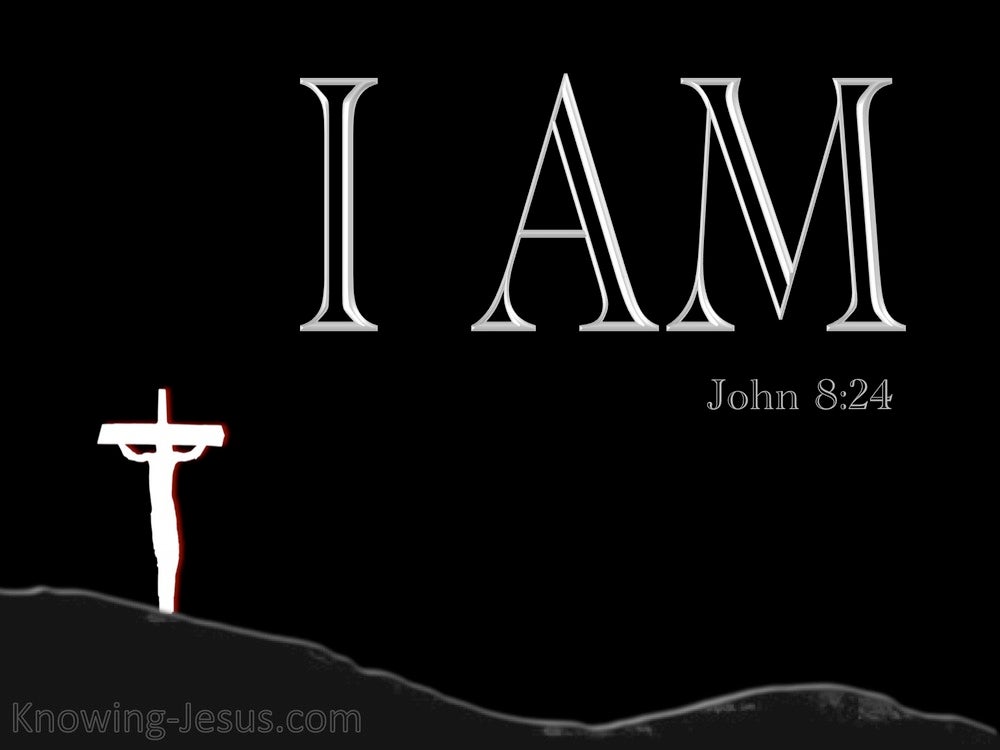 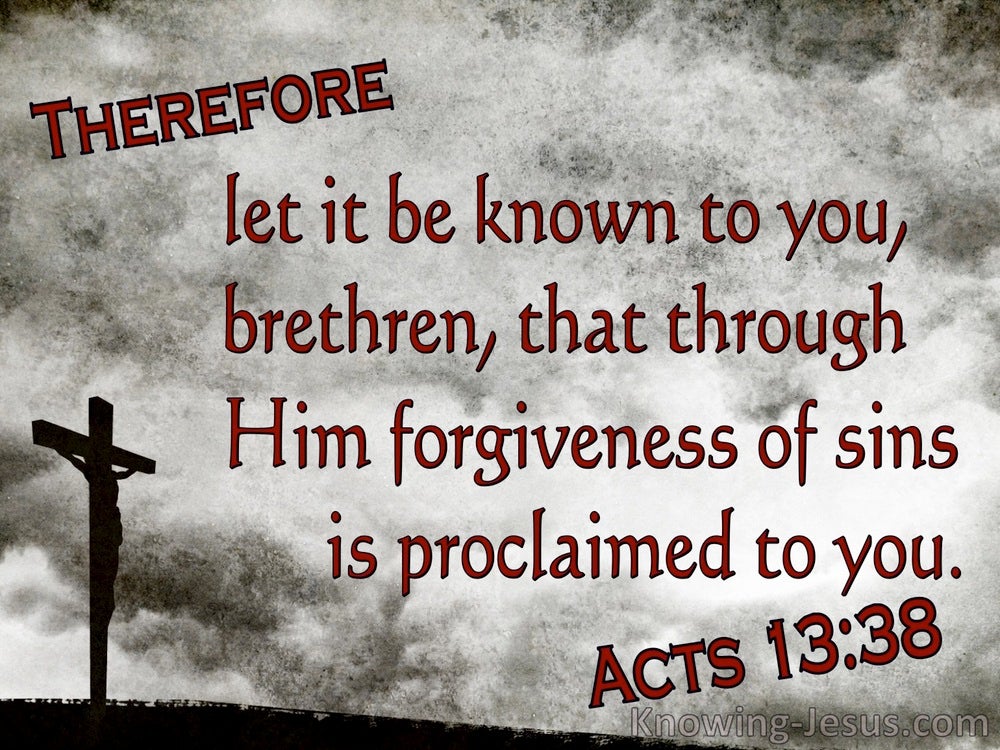 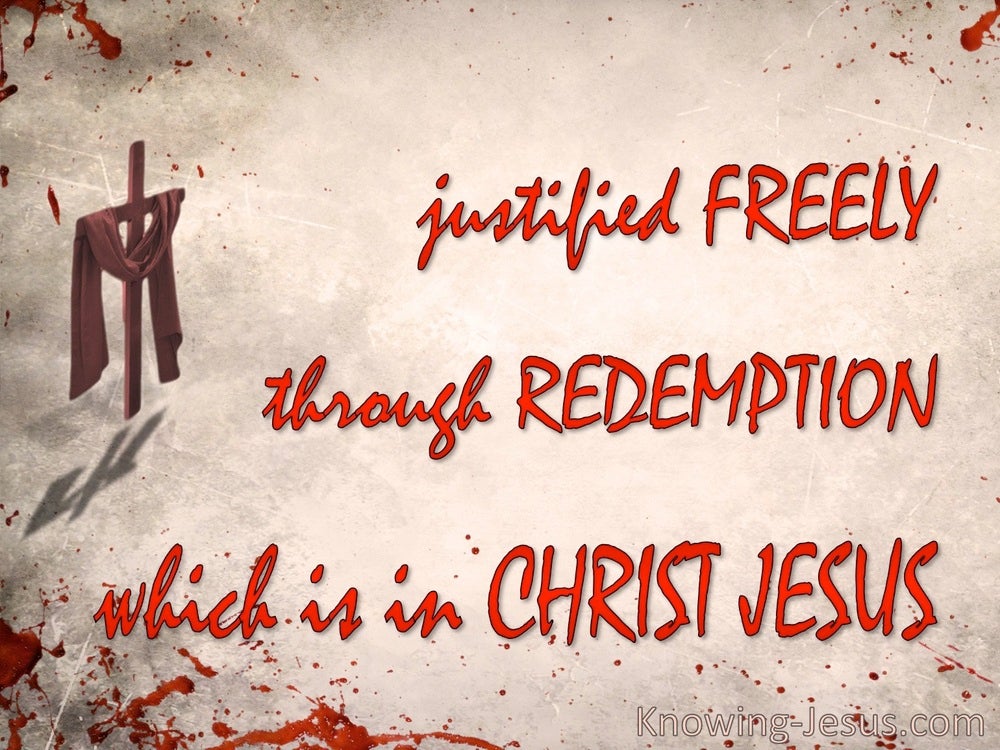 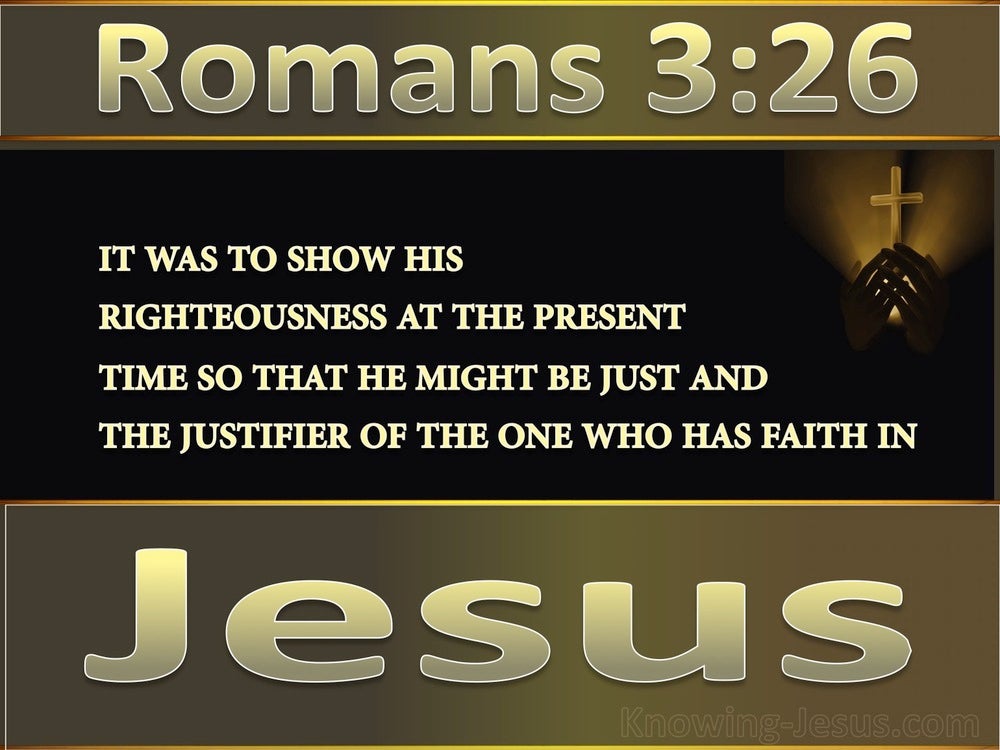 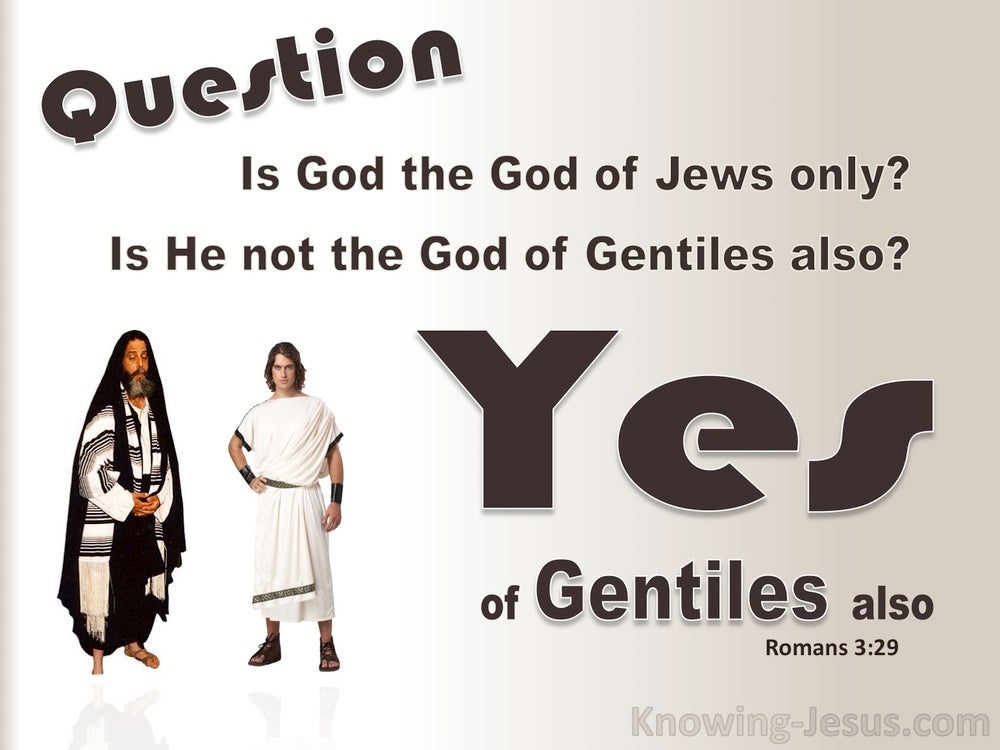 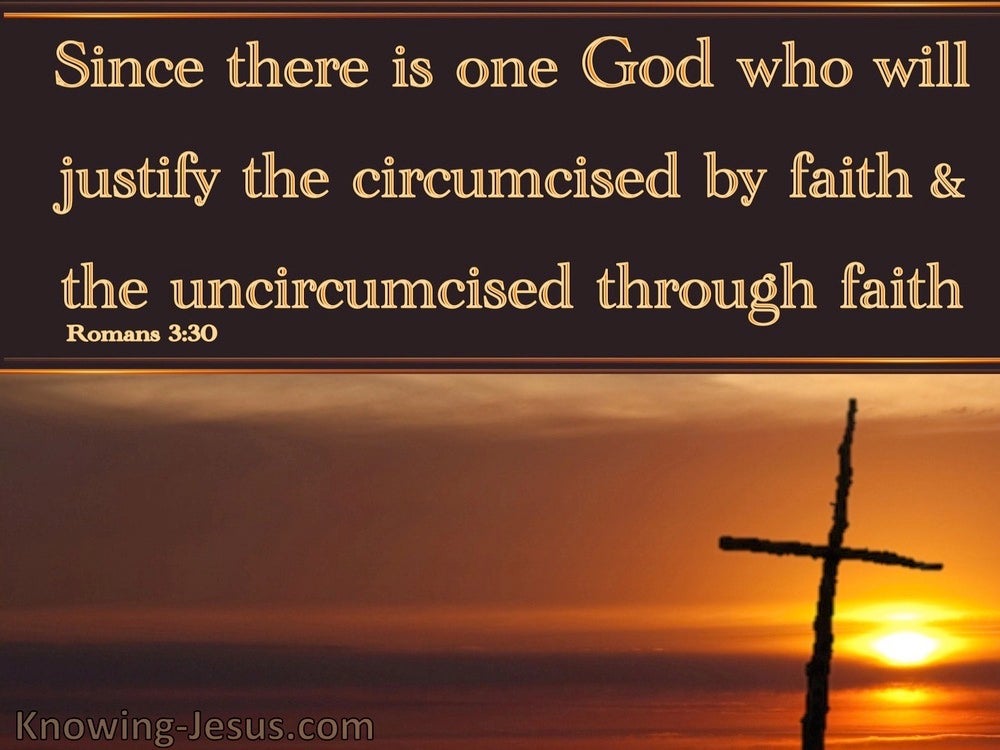 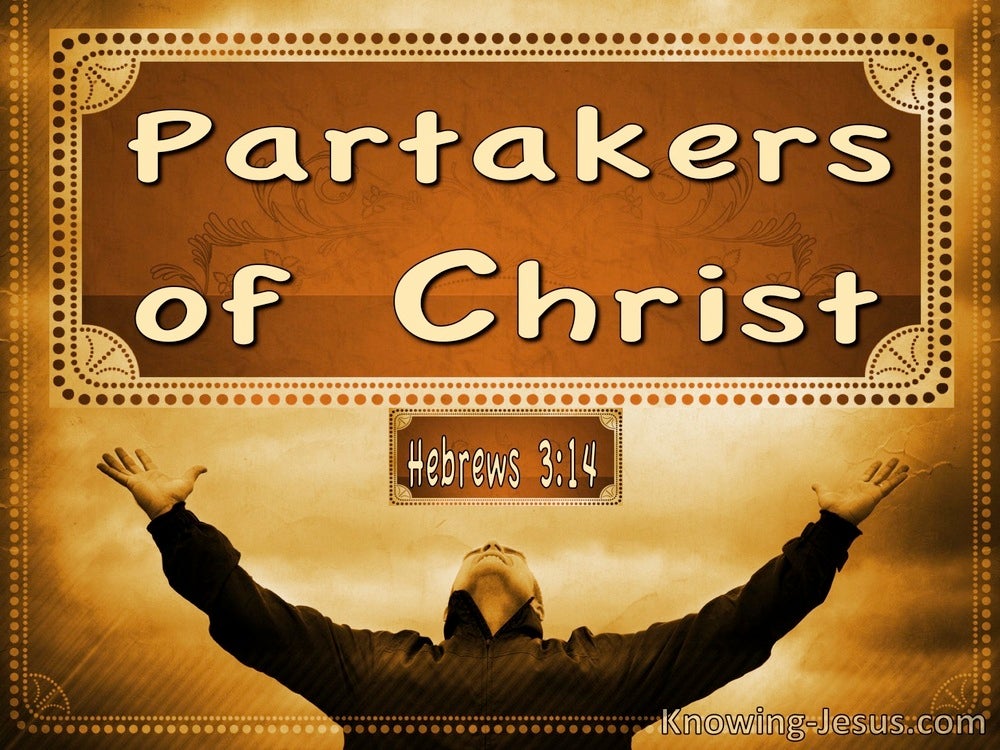 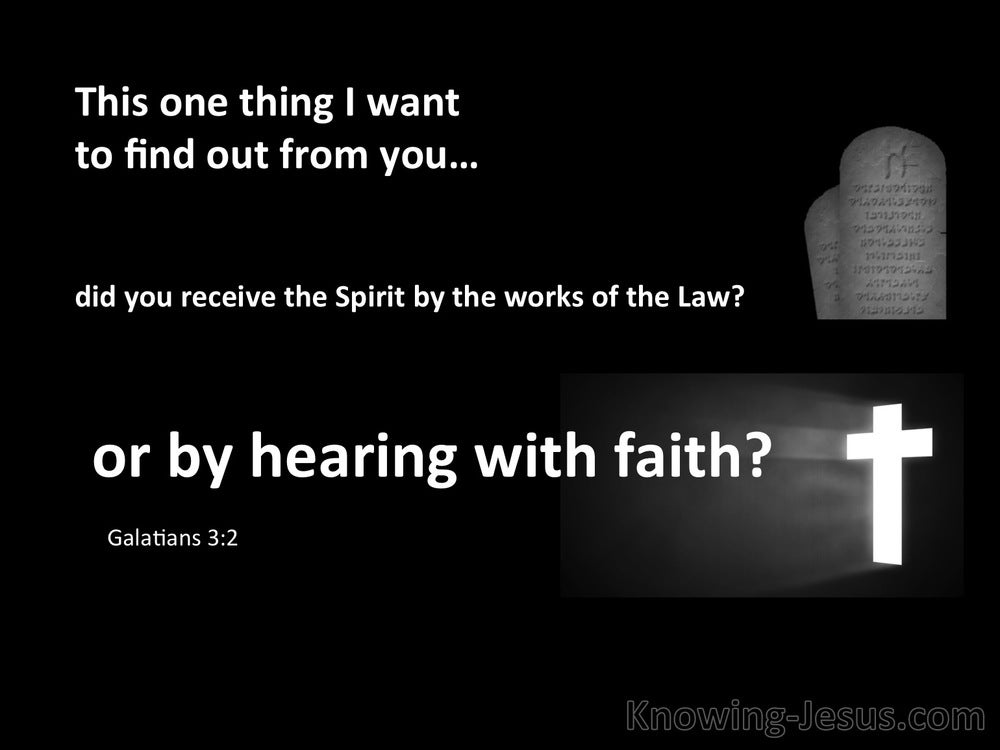 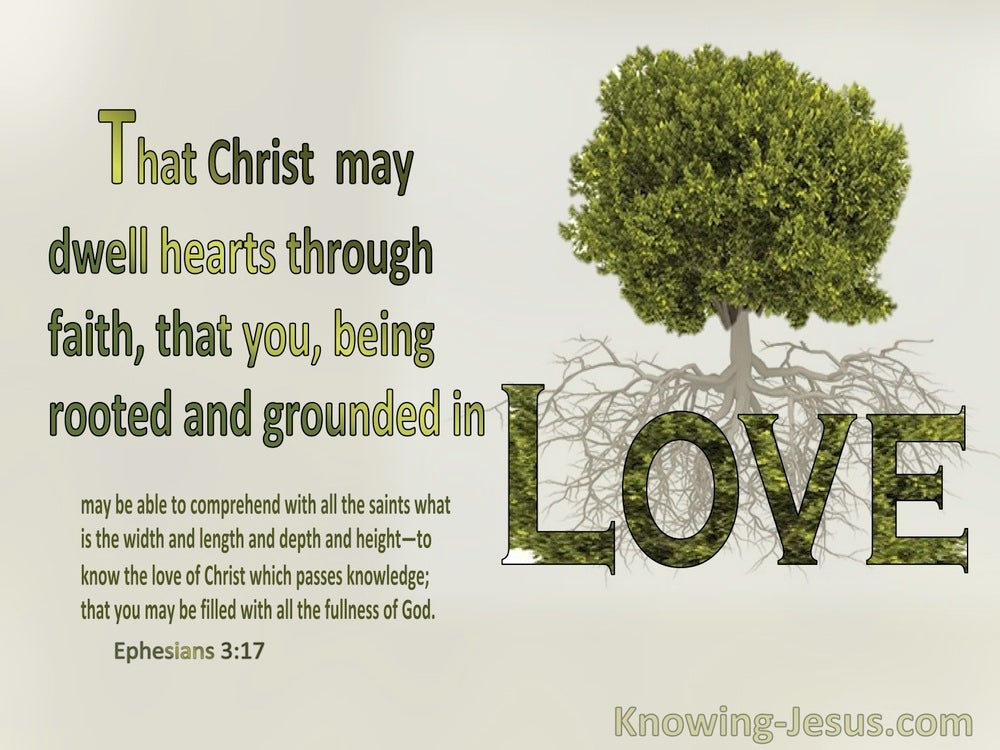 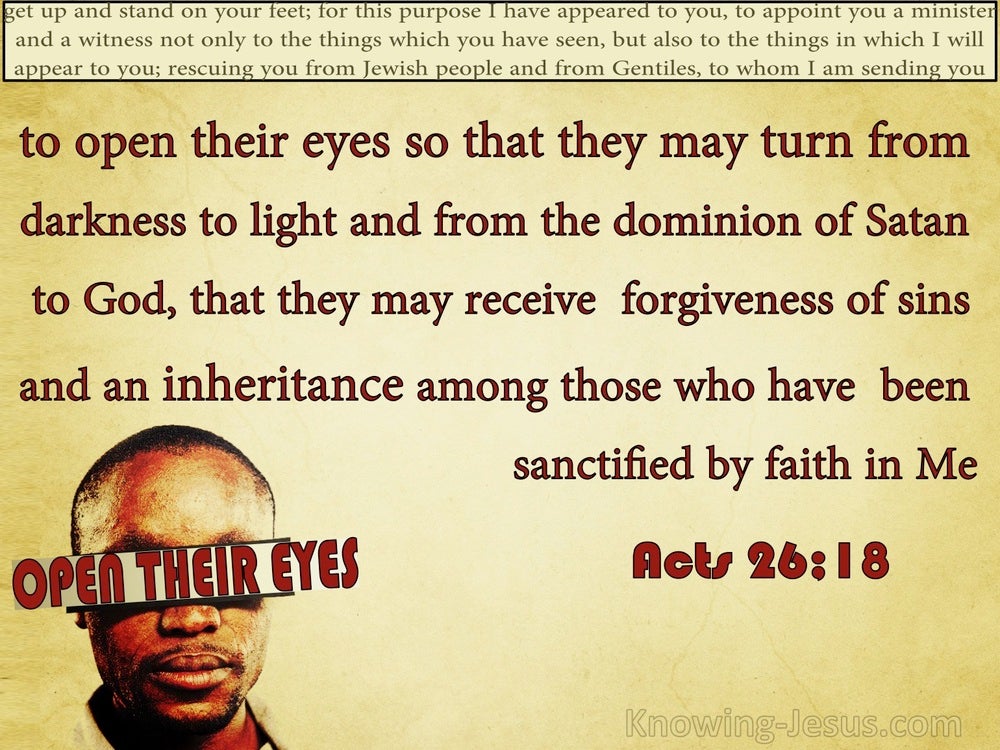 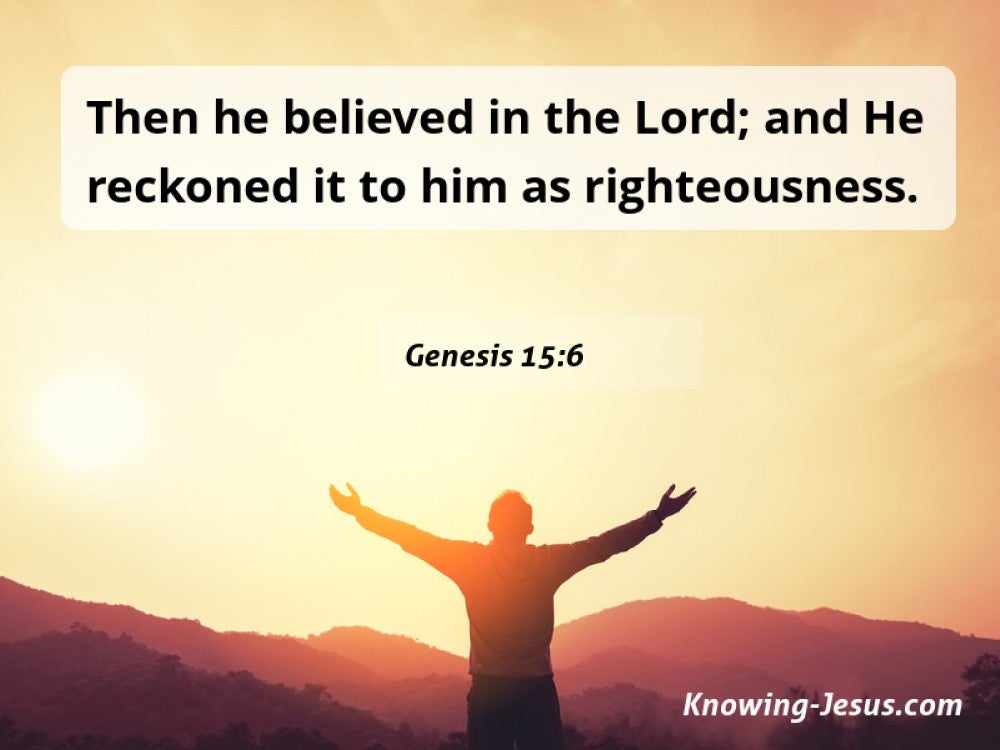 Then he believed in the Lord; and He reckoned it to him as righteousness.

By faith Abel offered to God a better sacrifice than Cain, through which he obtained the testimony that he was righteous, God testifying about his gifts, and through faith, though he is dead, he still speaks.

By faith Enoch was taken up so that he would not see death; and he was not found because God took him up; for he obtained the witness that before his being taken up he was pleasing to God.

By faith Noah, being warned by God about things not yet seen, in reverence prepared an ark for the salvation of his household, by which he condemned the world, and became an heir of the righteousness which is according to faith.

For I am not ashamed of the gospel, for it is the power of God for salvation to everyone who believes, to the Jew first and also to the Greek. For in it the righteousness of God is revealed from faith to faith; as it is written, “But the righteous man shall live by faith.”

More than that, I count all things to be loss in view of the surpassing value of knowing Christ Jesus my Lord, for whom I have suffered the loss of all things, and count them but rubbish so that I may gain Christ, and may be found in Him, not having a righteousness of my own derived from the Law, but that which is through faith in Christ, the righteousness which comes from God on the basis of faith,

For by grace you have been saved through faith; and that not of yourselves, it is the gift of God; not as a result of works, so that no one may boast.

Where then is boasting? It is excluded. By what kind of law? Of works? No, but by a law of faith. For we maintain that a man is justified by faith apart from works of the Law.

What then shall we say that Abraham, our forefather according to the flesh, has found? For if Abraham was justified by works, he has something to boast about, but not before God. For what does the Scripture say? “Abraham believed God, and it was credited to him as righteousness.”read more.
Now to the one who works, his wage is not credited as a favor, but as what is due. But to the one who does not work, but believes in Him who justifies the ungodly, his faith is credited as righteousness, just as David also speaks of the blessing on the man to whom God credits righteousness apart from works: “Blessed are those whose lawless deeds have been forgiven,
And whose sins have been covered.
“Blessed is the man whose sin the Lord will not take into account.”

For as many as are of the works of the Law are under a curse; for it is written, “Cursed is everyone who does not abide by all things written in the book of the law, to perform them.” Now that no one is justified by the Law before God is evident; for, “The righteous man shall live by faith.” However, the Law is not of faith; on the contrary, “He who practices them shall live by them.”read more.
Christ redeemed us from the curse of the Law, having become a curse for us—for it is written, “Cursed is everyone who hangs on a tree”— in order that in Christ Jesus the blessing of Abraham might come to the Gentiles, so that we would receive the promise of the Spirit through faith.

Deuteronomy 27:26
Verse Concepts
Breaking The Ten CommandmentsAtonementBook of the Law
AmenThe Curse Of The Law

‘Cursed is he who does not confirm the words of this law by doing them.’ And all the people shall say, ‘Amen.’

that if you confess with your mouth Jesus as Lord, and believe in your heart that God raised Him from the dead, you will be saved; for with the heart a person believes, resulting in righteousness, and with the mouth he confesses, resulting in salvation.

[And Philip said, “If you believe with all your heart, you may.” And he answered and said, “I believe that Jesus Christ is the Son of God.”]

Therefore let it be known to you, brethren, that through Him forgiveness of sins is proclaimed to you, and through Him everyone who believes is freed from all things, from which you could not be freed through the Law of Moses.

But now apart from the Law the righteousness of God has been manifested, being witnessed by the Law and the Prophets, even the righteousness of God through faith in Jesus Christ for all those who believe; for there is no distinction; for all have sinned and fall short of the glory of God,read more.
being justified as a gift by His grace through the redemption which is in Christ Jesus; whom God displayed publicly as a propitiation in His blood through faith. This was to demonstrate His righteousness, because in the forbearance of God He passed over the sins previously committed; for the demonstration, I say, of His righteousness at the present time, so that He would be just and the justifier of the one who has faith in Jesus.

but for our sake also, to whom it will be credited, as those who believe in Him who raised Jesus our Lord from the dead,

But having the same spirit of faith, according to what is written, “I believed, therefore I spoke,” we also believe, therefore we also speak, knowing that He who raised the Lord Jesus will raise us also with Jesus and will present us with you.

But the Scripture has shut up everyone under sin, so that the promise by faith in Jesus Christ might be given to those who believe.

After there had been much debate, Peter stood up and said to them, “Brethren, you know that in the early days God made a choice among you, that by my mouth the Gentiles would hear the word of the gospel and believe. And God, who knows the heart, testified to them giving them the Holy Spirit, just as He also did to us; and He made no distinction between us and them, cleansing their hearts by faith.

And although you were formerly alienated and hostile in mind, engaged in evil deeds, yet He has now reconciled you in His fleshly body through death, in order to present you before Him holy and blameless and beyond reproach— if indeed you continue in the faith firmly established and steadfast, and not moved away from the hope of the gospel that you have heard, which was proclaimed in all creation under heaven, and of which I, Paul, was made a minister.

For we have become partakers of Christ, if we hold fast the beginning of our assurance firm until the end,

And we desire that each one of you show the same diligence so as to realize the full assurance of hope until the end, so that you will not be sluggish, but imitators of those who through faith and patience inherit the promises.

What use is it, my brethren, if someone says he has faith but he has no works? Can that faith save him?

Therefore, having been justified by faith, we have peace with God through our Lord Jesus Christ, through whom also we have obtained our introduction by faith into this grace in which we stand; and we exult in hope of the glory of God.

For we through the Spirit, by faith, are waiting for the hope of righteousness.

Then He said to her, “Your sins have been forgiven.” Those who were reclining at the table with Him began to say to themselves, “Who is this man who even forgives sins?” And He said to the woman, “Your faith has saved you; go in peace.”

Of Him all the prophets bear witness that through His name everyone who believes in Him receives forgiveness of sins.”

But as many as received Him, to them He gave the right to become children of God, even to those who believe in His name,

For you are all sons of God through faith in Christ Jesus.

He who believes in Me, as the Scripture said, ‘From his innermost being will flow rivers of living water.’” But this He spoke of the Spirit, whom those who believed in Him were to receive; for the Spirit was not yet given, because Jesus was not yet glorified.

This is the only thing I want to find out from you: did you receive the Spirit by the works of the Law, or by hearing with faith?

In Him, you also, after listening to the message of truth, the gospel of your salvation—having also believed, you were sealed in Him with the Holy Spirit of promise,

so that Christ may dwell in your hearts through faith; and that you, being rooted and grounded in love,

who are protected by the power of God through faith for a salvation ready to be revealed in the last time.

in whom we have boldness and confident access through faith in Him.

rescuing you from the Jewish people and from the Gentiles, to whom I am sending you, to open their eyes so that they may turn from darkness to light and from the dominion of Satan to God, that they may receive forgiveness of sins and an inheritance among those who have been sanctified by faith in Me.’

For this is the will of My Father, that everyone who beholds the Son and believes in Him will have eternal life, and I Myself will raise him up on the last day.”

Jesus said to her, “I am the resurrection and the life; he who believes in Me will live even if he dies, and everyone who lives and believes in Me will never die. Do you believe this?” She *said to Him, “Yes, Lord; I have believed that You are the Christ, the Son of God, even He who comes into the world.”