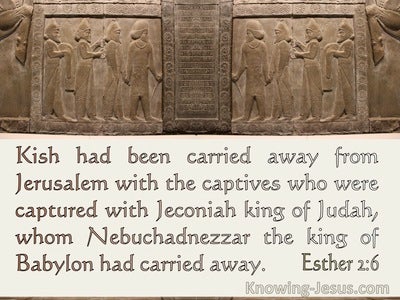 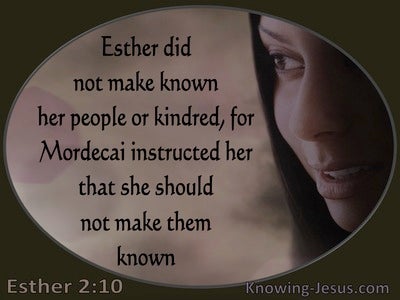 He abolished the horses that the kings of Judah had dedicated to the sun at the entrance to the LORD's Temple, near the offices of Nathan-melech, the official, that were in the precincts. He also set fire to the chariots of the sun.

A week later, when the king was under the influence of all that wine, he ordered Mehuman, Biztha, Harbona, Bigtha, Abagtha, Zethar, and Carcas, the seven eunuchs who served King Ahasuerus, to bring Queen Vashti to the king, wearing the royal crown to display her beauty to the people and the officials, since she was lovely to look at. Queen Vashti refused to come at the king's order that was brought by the eunuchs.read more.
Then the king flew into a rage. The king spoke to the wise men who understood the times, for it was the king's custom to consult all those who understood law and justice. (His closest advisors were: Carshena, Shethar, Admatha, Tarshish, Meres, Marsena, and Memucan, the seven officials of Persia and Media who had direct access to the king and who held the highest rank in the kingdom.) The king inquired, "According to law, what should be done to Queen Vashti because she did not obey the order of King Ahasuerus that was delivered by the eunuchs?"

Let the king appoint officials in all the provinces of his kingdom to bring all the beautiful young virgins into the harem in Susa the capital. Let them be placed under the care of Hegai, the king's eunuch, who is in charge of the women to give them their beauty treatments. Then let the young woman who pleases the king rule in place of Vashti." This advice pleased the king, and he did this. In Susa the capital there was a Jewish man from the tribe of Benjamin, Jair's son Mordecai, who was a descendant of Kish's son Shimei the descendant of Benjamin. read more.
He had been taken into captivity from Jerusalem along with the exiles who had been deported with Jeconiah, king of Judah, whom Nebuchadnezzar, king of Babylon had taken into exile. Mordecai had raised his cousin Hadassah, or Esther, because she had no father or mother. The young woman had a beautiful figure and was very attractive. After her mother and father died, Mordecai had taken her as his daughter. The king's order and edict was proclaimed, and many young women were brought to Susa the capital under the care of Hegai. Esther was taken to the palace into the care of Hegai, who was in charge of the women. The young woman pleased him and gained his favor. He quickly provided her beauty treatments and gave her portions of food to her. He also assigned her seven suitable young women from the palace and transferred her and her young women to the best place in the harem. Esther did not make known her people or heritage because Mordecai had instructed her not to make it known. Every day Mordecai would walk back and forth in front of the court of the harem to find out about Esther's well-being and what was happening to her. Each young woman's turn came to go in to King Ahasuerus at the end of the twelve month period, at which time she was treated according to the regulations for women. This process completed the period of her beauty treatments six months with oil of myrrh and six months with spices and cosmetics for women. After that the young woman would go in to the king, and whatever she asked for would be given to her to take with her from the harem to the palace. In the evening she would go into the palace and in the morning she would return to the second harem, into the care of Shaashgaz, the king's eunuch who was in charge of the mistresses. She would not go again to the king unless the king wanted her and she was called for by name. Now Esther was the daughter of Abihail, who had been Mordecai's uncle. Mordecai had taken Esther in as his own daughter. When her turn came to go in to the king, she did not want anything except what Hegai, the king's eunuch in charge of the harem, advised. Esther found favor with everyone who saw her. Esther was taken to King Ahasuerus to his royal palace in the tenth month, which is the month Tebeth, in the seventh year of his reign. The king loved Esther more than any of the other women, so he favored her and was kinder to her than he was to any of the other virgins. He put the royal crown on her head and made her queen in place of Vashti. The king put on a great banquet for all his officials and ministers to honor Esther. He declared a holiday for the provinces and gave generous gifts. When the virgins were gathered a second time, Mordecai was sitting in the king's gate. Now Esther had not declared her heritage or her people, just as Mordecai had instructed her, for Esther did what Mordecai told her just as she had done when she was raised by him. At that time when Mordecai was sitting in the king's gate, Bigthan and Teresh, two of the king's eunuchs among those who guarded the threshold, became angry and conspired to assassinate King Ahasuerus.

When Esther's young women and her eunuchs came and told her, the queen was greatly distressed. She sent clothes for Mordecai to put on so he could take off the sackcloth that he had on, but he would not take them. Then Esther summoned Hathach, one of the king's eunuchs, whom he had assigned to her, and she ordered him to go to Mordecai to find out what was happening and why it was happening.

Now Herod had been in a violent quarrel with the people of Tyre and Sidon. So they came to him as a group. After they had won over Blastus, who oversaw security for the king's sleeping quarters, they asked for a peace agreement because their country depended on the king's country for food.

Gaius, who is host to me and the whole church, greets you. Erastus, the city treasurer, and our brother Quartus greet you.

A week later, when the king was under the influence of all that wine, he ordered Mehuman, Biztha, Harbona, Bigtha, Abagtha, Zethar, and Carcas, the seven eunuchs who served King Ahasuerus,