7 Bible Verses about Education, Examples Of 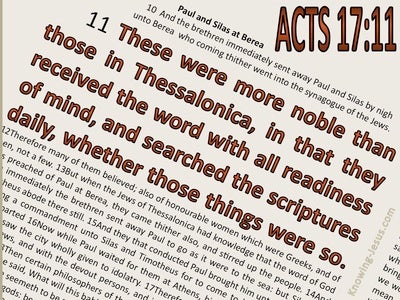 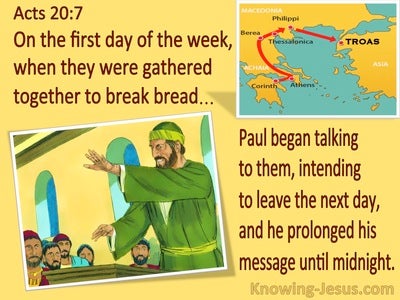 And Moses was taught in all the wisdom of the Egyptians and was mighty in his words and deeds.

And unto these four young men, God gave them knowledge and intelligence in all letters and science; furthermore Daniel had understanding in all visions and dreams.

Acts 22:3
Verse Concepts
Taking The Law To HeartEducationzealotsSchoolSelf Confidence
LegalismSitting At The FeetSchoolsPaul, Life Of

I am indeed a Jew, born in Tarsus, a city in Cilicia, yet brought up in this city at the feet of Gamaliel and taught according to the truth of the law of the fathers, zealous toward God, as ye all are this day.

and that from a child thou hast known the holy scriptures, which are able to make thee wise unto saving health by the faith which is in Christ Jesus. All scripture is given by inspiration of God and is profitable for doctrine, for reproof, for correction, for instruction in righteousness,

And of the sons of Issachar, two hundred chief men, who had understanding of the times and were wise to know what Israel ought to do; and all their brethren followed their word.

These were more noble than those in Thessalonica, in that they received the word with all diligence and searched the scriptures daily, whether those things were so.

And the first of the sabbaths, when the disciples came together to break bread, Paul preached unto them, ready to depart the next day, and continued his word until midnight. And there were many lamps in the upper chamber, where they were gathered together. And a certain young man named Eutychus sat in a window, being fallen into a deep sleep; and as Paul was long preaching, he sunk down with sleep and fell down from the third loft and was taken up dead.read more.
And Paul went down and fell on him and, embracing him, said, Trouble not yourselves, for his soul is still in him. When he therefore was come up again and had broken bread and eaten and talked a long while, even until day break, thus he departed. And they took the young man home alive and were greatly comforted.