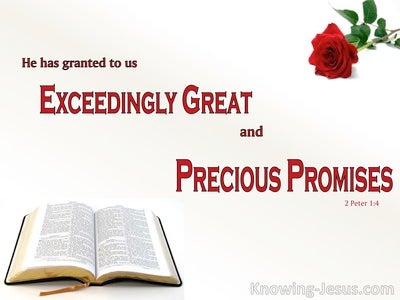 through which to us the most great and precious promises have been given, that through these ye may become partakers of a divine nature, having escaped from the corruption in the world in desires.

and they may awake out of the devil's snare, having been caught by him at his will.

The righteous hath perished, And there is none laying it to heart, And men of kindness are gathered, Without any considering that from the face of evil Gathered is the righteous one.

Hand to hand, the wicked is not acquitted, And the seed of the righteous hath escaped.

and God sendeth me before you, to place of you a remnant in the land, and to give life to you by a great escape;

To my skin and to my flesh Cleaved hath my bone, And I deliver myself with the skin of my teeth.

And escaped away have their fugitives, And they have been on the mountains As doves of the valleys, All of them make a noising -- each for his iniquity.

And I have caused some to remain, In their being to you the escaped of the sword among nations, In your being scattered through lands.

And the sailors seeking to flee out of the ship, and having let down the boat to the sea, in pretence as if out of the foreship they are about to cast anchors,

watch ye, then, in every season, praying that ye may be accounted worthy to escape all these things that are about to come to pass, and to stand before the Son of Man.'

and the inhabitant of this isle hath said in that day -- Lo, thus is our trust, Whither we have fled for help, To be delivered from the king of Asshur, And how do we escape -- we?'

how shall we escape, having neglected so great salvation? which a beginning receiving -- to be spoken through the Lord -- by those having heard was confirmed to us,

See, may ye not refuse him who is speaking, for if those did not escape who refused him who upon earth was divinely speaking -- much less we who do turn away from him who speaketh from heaven,

He turneth not aside from darkness, His tender branch doth a flame dry up, And he turneth aside at the breath of His mouth!

Ezekiel 33:21
Verse Concepts
Day 5Destruction Of JerusalemAttacking
The Fifth Day Of The WeekMonth 10

And it cometh to pass, in the twelfth year -- in the tenth month, in the fifth of the month -- of our removal, come in unto me doth one who is escaped from Jerusalem, saying, 'The city hath been smitten.'

And when the foreigners saw the beast hanging from his hand, they said unto one another, 'Certainly this man is a murderer, whom, having been saved out of the sea, the justice did not suffer to live;'

for, if having escaped from the pollutions of the world, in the acknowledging of the Lord and Saviour Jesus Christ, and by these again being entangled, they have been overcome, become to them hath the last things worse than the first,