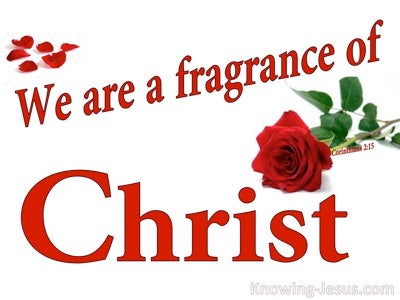 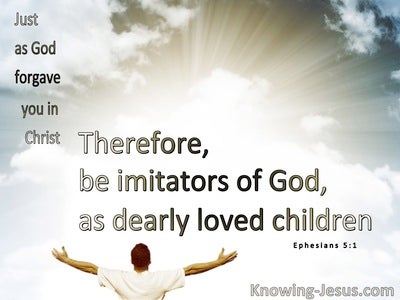 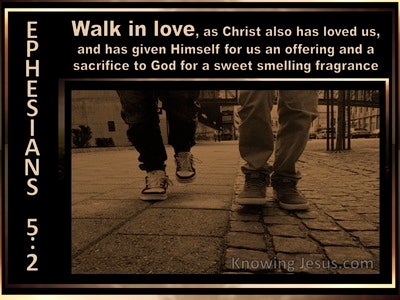 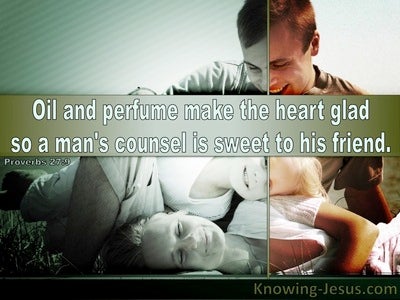 So be imitators of God, as his dear children. Live lovingly, just as the Messiah also loved us and gave himself for us as an offering and sacrifice, a fragrant aroma to God.

Ointments and perfume encourage the heart; in a similar way, a friend's advice is sweet to the soul.

Israel's branches will spread out, and its beauty will be like an olive tree, with its scent like that of Lebanon.

Hezekiah listened to the entourage and showed them his entire treasury, including the silver, gold, and spices, the precious oil, his armory, and everything that was inventoried in his treasuries. There was nothing in his household or in his holdings that Hezekiah did not show them.

Hezekiah was delighted with them, and showed them everything in his treasure-houses the silver, the gold, the spices, the precious oils, his entire armory, and everything found in his treasuries. There was nothing in his palace or in all his kingdom that Hezekiah did not show them.

Other descendants of the priests prepared the mixed spices.

The LORD told Moses, "Take for yourself spices: stacte, onycha, galbanum, and spices with pure frankincense, all in equal amounts. You are to make it into a fragrant incense, expertly blended, pure, and holy. You are to grind some of it fine, and put some before the Testimony in the Tent of Meeting where I will meet with you. It is to be most holy to you. read more.
You are not to make the incense that you make in this formulation for your own use. It is to be holy to the LORD for you. Anyone who makes anything like it to use it as perfume is to be cut off from his people."

"If he can't afford two turtledoves or two young doves, then he is to bring as his offering a tenth of an ephah of fine flour as a sin offering for what he has committed. He is to put no olive oil or frankincense on it, since it's a sin offering.

Then Noah built an altar to the LORD and offered burnt offerings on it from every clean animal and every clean bird. When the LORD smelled the pleasing aroma, he told himself, "I will never again curse the land because of human beings even though human inclinations remain evil from youth nor will I destroy every living being ever again, as I've done.

Along with the loaves of bread, bring seven lambs (each of them one year old and without defect), one young bull as an offering, and two rams as offerings to the LORD along with your gift and drink offerings and present them as an offering made by fire, a pleasing aroma to the LORD.

What good is frankincense that comes from Sheba to me, or sweet cane from a distant country? Your burnt offerings aren't acceptable, nor are your sacrifices pleasing to me."

How beautiful is your love, my sister, my bride. How much better is your love than wine, and the fragrance of your perfume than all kinds of spices. Your lips drip honey, my bride; milk and honey are under your tongue. The scent of your garments is like the fragrance of Lebanon. My sister, my bride, is a locked garden a locked rock garden, a sealed up spring.read more.
Your shoots are an orchard of pomegranates, with choice fruit, henna with nard, nard and saffron, calamus and cinnamon, with all the trees of frankincense, along with myrrh and aloes, and all the finest spices.

Your lips drip honey, my bride; milk and honey are under your tongue. The scent of your garments is like the fragrance of Lebanon.