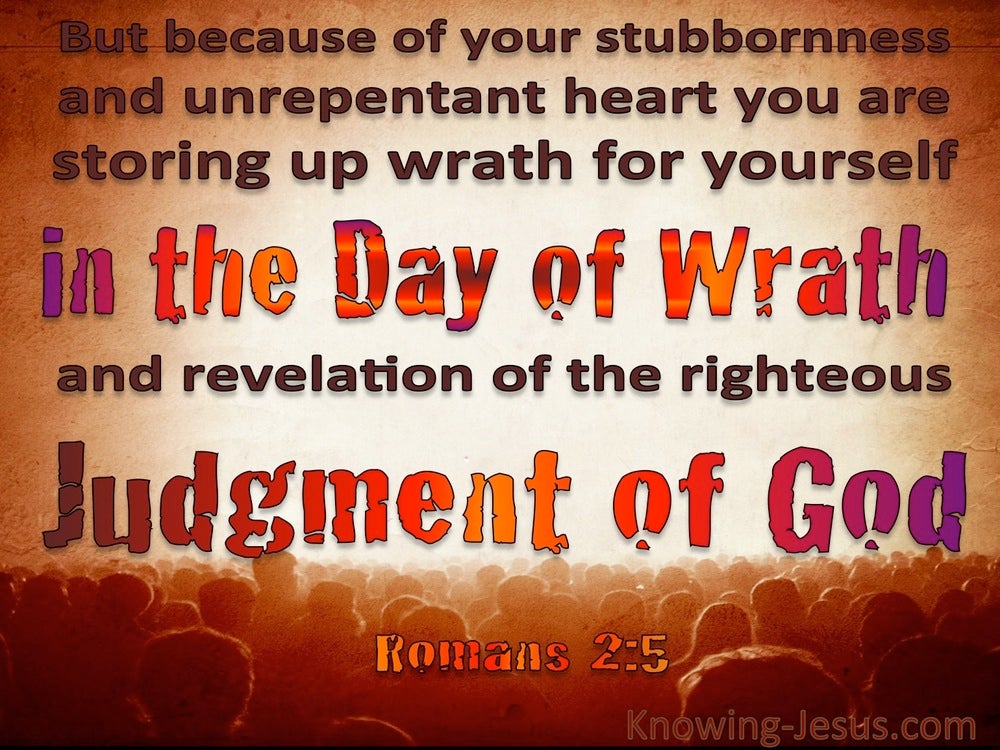 But they will say, ‘It’s hopeless! For we are going to follow our own plans, and each of us will act according to the stubbornness of his evil heart.’

The Lord said to Moses, “When you go back to Egypt see that you perform before Pharaoh all the wonders which I have put in your power; but I will harden his heart so that he will not let the people go.

But I will harden Pharaoh’s heart that I may multiply My signs and My wonders in the land of Egypt. When Pharaoh does not listen to you, then I will lay My hand on Egypt and bring out My hosts, My people the sons of Israel, from the land of Egypt by great judgments. The Egyptians shall know that I am the Lord, when I stretch out My hand on Egypt and bring out the sons of Israel from their midst.”read more.
So Moses and Aaron did it; as the Lord commanded them, thus they did. Moses was eighty years old and Aaron eighty-three, when they spoke to Pharaoh. Now the Lord spoke to Moses and Aaron, saying, “When Pharaoh speaks to you, saying, ‘Work a miracle,’ then you shall say to Aaron, ‘Take your staff and throw it down before Pharaoh, that it may become a serpent.’” So Moses and Aaron came to Pharaoh, and thus they did just as the Lord had commanded; and Aaron threw his staff down before Pharaoh and his servants, and it became a serpent. Then Pharaoh also called for the wise men and the sorcerers, and they also, the magicians of Egypt, did the same with their secret arts. For each one threw down his staff and they turned into serpents. But Aaron’s staff swallowed up their staffs. Yet Pharaoh’s heart was hardened, and he did not listen to them, as the Lord had said. Then the Lord said to Moses, “Pharaoh’s heart is stubborn; he refuses to let the people go.

But when Pharaoh saw that there was relief, he hardened his heart and did not listen to them, as the Lord had said. Then the Lord said to Moses, “Say to Aaron, ‘Stretch out your staff and strike the dust of the earth, that it may become gnats through all the land of Egypt.’” They did so; and Aaron stretched out his hand with his staff, and struck the dust of the earth, and there were gnats on man and beast. All the dust of the earth became gnats through all the land of Egypt.read more.
The magicians tried with their secret arts to bring forth gnats, but they could not; so there were gnats on man and beast. Then the magicians said to Pharaoh, “This is the finger of God.” But Pharaoh’s heart was hardened, and he did not listen to them, as the Lord had said. Now the Lord said to Moses, “Rise early in the morning and present yourself before Pharaoh, as he comes out to the water, and say to him, ‘Thus says the Lord, “Let My people go, that they may serve Me. For if you do not let My people go, behold, I will send swarms of flies on you and on your servants and on your people and into your houses; and the houses of the Egyptians will be full of swarms of flies, and also the ground on which they dwell. But on that day I will set apart the land of Goshen, where My people are living, so that no swarms of flies will be there, in order that you may know that I, the Lord, am in the midst of the land. I will put a division between My people and your people. Tomorrow this sign will occur.”’” Then the Lord did so. And there came great swarms of flies into the house of Pharaoh and the houses of his servants and the land was laid waste because of the swarms of flies in all the land of Egypt. Pharaoh called for Moses and Aaron and said, “Go, sacrifice to your God within the land.” But Moses said, “It is not right to do so, for we will sacrifice to the Lord our God what is an abomination to the Egyptians. If we sacrifice what is an abomination to the Egyptians before their eyes, will they not then stone us? We must go a three days’ journey into the wilderness and sacrifice to the Lord our God as He commands us.” Pharaoh said, “I will let you go, that you may sacrifice to the Lord your God in the wilderness; only you shall not go very far away. Make supplication for me.” Then Moses said, “Behold, I am going out from you, and I shall make supplication to the Lord that the swarms of flies may depart from Pharaoh, from his servants, and from his people tomorrow; only do not let Pharaoh deal deceitfully again in not letting the people go to sacrifice to the Lord.” So Moses went out from Pharaoh and made supplication to the Lord. The Lord did as Moses asked, and removed the swarms of flies from Pharaoh, from his servants and from his people; not one remained. But Pharaoh hardened his heart this time also, and he did not let the people go.

But Sihon king of Heshbon was not willing for us to pass through his land; for the Lord your God hardened his spirit and made his heart obstinate, in order to deliver him into your hand, as he is today.

“Render the hearts of this people insensitive,
Their ears dull,
And their eyes dim,
Otherwise they might see with their eyes,
Hear with their ears,
Understand with their hearts,
And return and be healed.”

So He poured out on him the heat of His anger
And the fierceness of battle;
And it set him aflame all around,
Yet he did not recognize it;
And it burned him, but he paid no attention.

You too have done evil, even more than your forefathers; for behold, you are each one walking according to the stubbornness of his own evil heart, without listening to Me.

But when his heart was lifted up and his spirit became so proud that he behaved arrogantly, he was deposed from his royal throne and his glory was taken away from him.

Men were scorched with fierce heat; and they blasphemed the name of God who has the power over these plagues, and they did not repent so as to give Him glory.