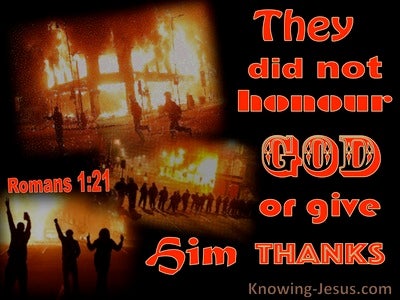 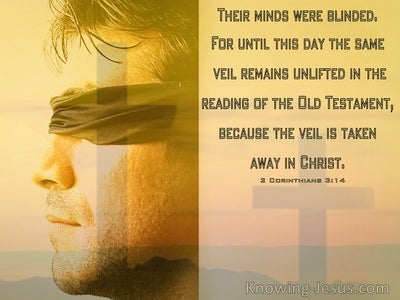 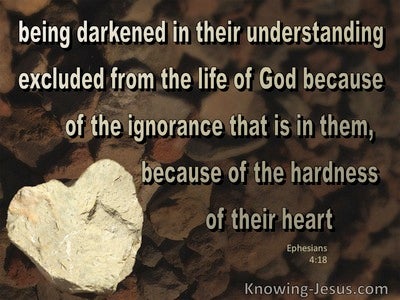 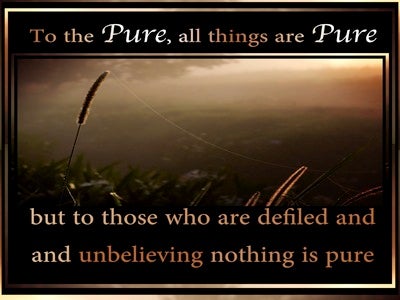 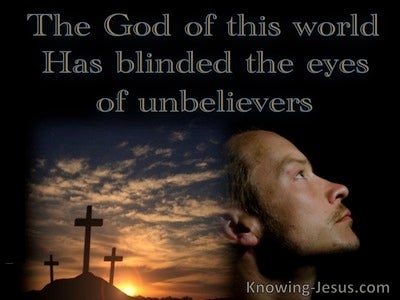 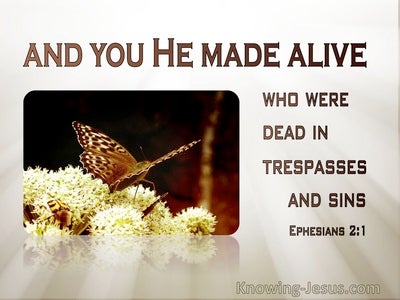 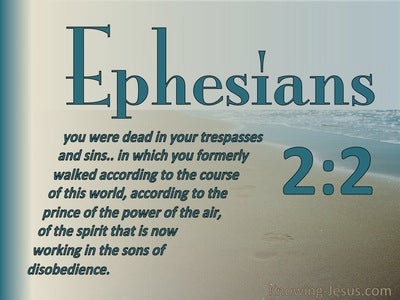 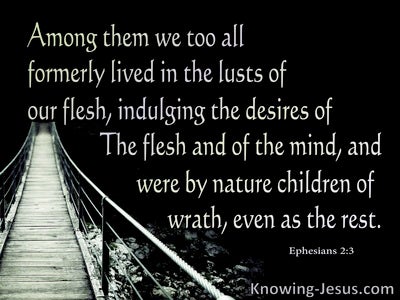 because having known God, they did not glorify him as God, neither were thankful, but became vain in their imaginations, and their foolish heart was darkened.

The wicked in his pride persecutes the poor; let them be taken in the devices that they have imagined. For the wicked boasts of his heart's desire and blesses the covetous, whom the LORD abhors. The wicked, through the pride of his countenance, does not seek after God: God is not in all his thoughts.

(And thus their senses became hardened, for until this day remains the same veil not uncovered in the reading of the old testament, which veil is taken away in Christ.

This I say, therefore, and require in the Lord that from now on ye not walk as the other Gentiles walk in the vanity of their own senses, having the understanding darkened, being alienated from the life of God through the ignorance that is in them because of the blindness of their heart,

For unto the pure all things are pure, but unto those that are defiled and unfaithful, nothing is pure, but even their soul and conscience is defiled.

In whom the god of this age has blinded the understanding of those who do not believe, that the light of the gospel of the glory of the Christ, who is the image of God, should not shine in them.

And he has made you alive, who were dead in trespasses and sins, in which in time past ye walked according to the course of this world, according to the will of the prince of the power of this air, the spirit that now works in the sons of disobedience, among whom also we all had our conversation in times past in the lusts of our flesh, fulfilling the desires of the flesh and of the mind and were by nature the children of wrath, even as all the others.

These six things does the LORD hate: yea, seven are an abomination unto him: A proud look, a lying tongue, and hands that shed innocent blood, a heart that devises wicked imaginations, feet that are swift in running to evil,

And the LORD said, Behold, the people are one, and they all have one language; and they begin to do this, and now nothing will be restrained from them which they have imagined to do.

He devises iniquity upon his bed; he sets himself in a way that is not good; he does not abhor evil.

They encourage themselves in an evil matter; they attempt to hide the snares; they say, Who shall see them? They search out iniquities; they perfect and put into effect that which they have invented in the inward thought of each one of them and that which they have devised in their heart.

there is perversion in his heart; he devises evil continually; he sows discord.

Proverbs 12:20
Verse Concepts
Joy And HappinessPeacemakersEvil Plans
TrapNames And Titles For The Christian