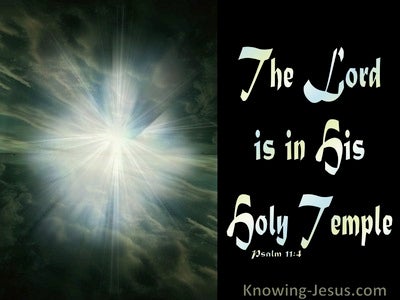 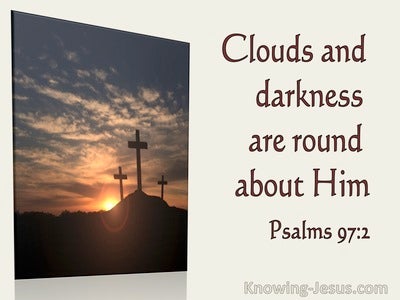 A king sitting on a throne of judgment, Is scattering with his eyes all evil,

Pilate, therefore, having heard this word, brought Jesus without -- and he sat down upon the tribunal -- to a place called, 'Pavement,' and in Hebrew, Gabbatha;

And as he is sitting on the tribunal, his wife sent unto him, saying, 'Nothing -- to thee and to that righteous one, for many things did I suffer to-day in a dream because of him.'

And the porch of the throne where he judgeth -- the porch of judgment -- he hath made, and it is covered with cedar from the floor unto the floor.

For there have sat thrones of judgment, Thrones of the house of David.

Known in the gates is her husband, In his sitting with elders of the land.

and on a set day, Herod having arrayed himself in kingly apparel, and having sat down upon the tribunal, was making an oration unto them,

then Paul said unto him, 'God is about to smite thee, thou whitewashed wall, and thou -- thou dost sit judging me according to the law, and, violating law, dost order me to be smitten!'

on the morrow, therefore -- on the coming of Agrippa and Bernice with much display, and they having entered into the audience chamber, with the chief captains also, and the principal men of the city, and Festus having ordered -- Paul was brought forth.

and ye did dishonour the poor one; do not the rich oppress you and themselves draw you to judgment-seats;

For Thou hast done my judgment and my right. Thou hast sat on a throne, A judge of righteousness. Thou hast rebuked nations, Thou hast destroyed the wicked, Their name Thou hast blotted out to the age and for ever.

And Jehovah to the age abideth, He is preparing for judgment His throne. And He judgeth the world in righteousness, He judgeth the peoples in uprightness.

Jehovah is in his holy temple: Jehovah -- in the heavens is His throne. His eyes see -- His eyelids try the sons of men. Jehovah the righteous doth try. And the wicked and the lover of violence, Hath His soul hated, He poureth on the wicked snares, fire, and brimstone, And a horrible wind is the portion of their cup.read more.
For righteous is Jehovah, Righteousness He hath loved, The upright doth His countenance see!'

Thy throne, O God, is age-during, and for ever, A sceptre of uprightness Is the sceptre of Thy kingdom.

Cloud and darkness are round about Him, Righteousness and judgment the basis of His throne.

and David riseth and goeth, and all the people who are with him, from Baale-Judah, to bring up thence the ark of God, whose name hath been called -- the name of Jehovah of Hosts, inhabiting the cherubs -- upon it.

and David goeth up, and all Israel, to Baalah, unto Kirjath-Jearim that is to Judah, to bring up thence the ark of God Jehovah, inhabiting the cherubs, where the Name is called on.

and I have met with thee there, and have spoken with thee from off the mercy-seat (from between the two cherubs, which are on the ark of the testimony) all that which I command thee concerning the sons of Israel.

2 Kings 19:15
Verse Concepts
The Lord [Yahweh] Is GodEarth, Creation OfHeaven And Earth
KingdomsUniverseNo Other Is God

And Hezekiah prayeth before Jehovah, and saith, 'O Jehovah, God of Israel, inhabiting the cherubs, Thou art God Himself -- Thyself alone -- to all the kingdoms of the earth: Thou hast made the heavens and the earth.

Jehovah of Hosts, God of Israel, inhabiting the cherubs, Thou art God Himself -- Thyself alone -- to all kingdoms of the earth, Thou hast made the heavens and the earth.

To the Overseer. -- 'On the Lilies.' A testimony of Asaph. -- A Psalm. Shepherd of Israel, give ear, Leading Joseph as a flock, Inhabiting the cherubs -- shine forth,

Jehovah hath reigned, peoples tremble, The Inhabitant of the cherubs, the earth shaketh.

And I saw a great white throne, and Him who is sitting upon it, from whose face the earth and the heaven did flee away, and place was not found for them; and I saw the dead, small and great, standing before God, and scrolls were opened, and another scroll was opened, which is that of the life, and the dead were judged out of the things written in the scrolls -- according to their works; and the sea did give up those dead in it, and the death and the hades did give up the dead in them, and they were judged, each one according to their works;

I was seeing till that thrones have been thrown down, and the Ancient of Days is seated, His garment as snow is white, and the hair of his head is as pure wool, His throne flames of fire, its wheels burning fire. A flood of fire is proceeding and coming forth from before Him, a thousand thousands do serve Him, and a myriad of myriads before Him do rise up, the Judge is seated, and the books have been opened.

Wake and come up let the nations unto the valley of Jehoshaphat, For there I sit to judge all the nations around.

'And whenever the Son of Man may come in his glory, and all the holy messengers with him, then he shall sit upon a throne of his glory; and gathered together before him shall be all the nations, and he shall separate them from one another, as the shepherd doth separate the sheep from the goats,

And Jesus said to them, 'Verily I say to you, that ye who did follow me, in the regeneration, when the Son of Man may sit upon a throne of his glory, shall sit -- ye also -- upon twelve thrones, judging the twelve tribes of Israel;

that ye may eat and may drink at my table, in my kingdom, and may sit on thrones, judging the twelve tribes of Israel.'

And I saw thrones, and they sat upon them, and judgment was given to them, and the souls of those who have been beheaded because of the testimony of Jesus, and because of the word of God, and who did not bow before the beast, nor his image, and did not receive the mark upon their forehead and upon their hand, and they did live and reign with Christ the thousand years;