14 Bible Verses about Law, Purpose Of 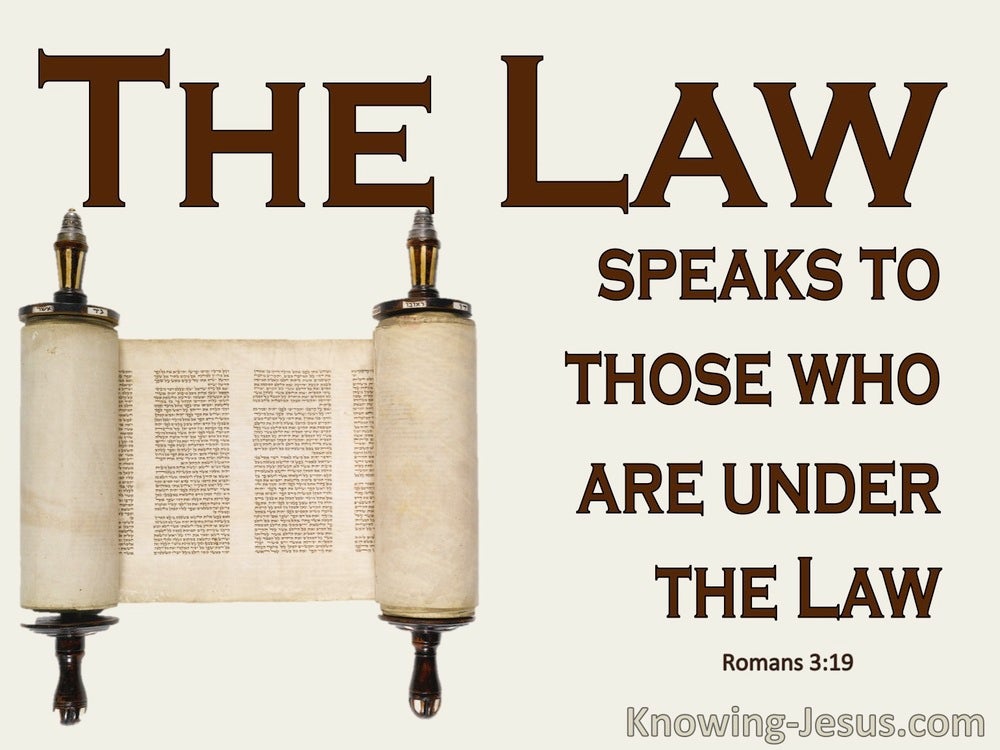 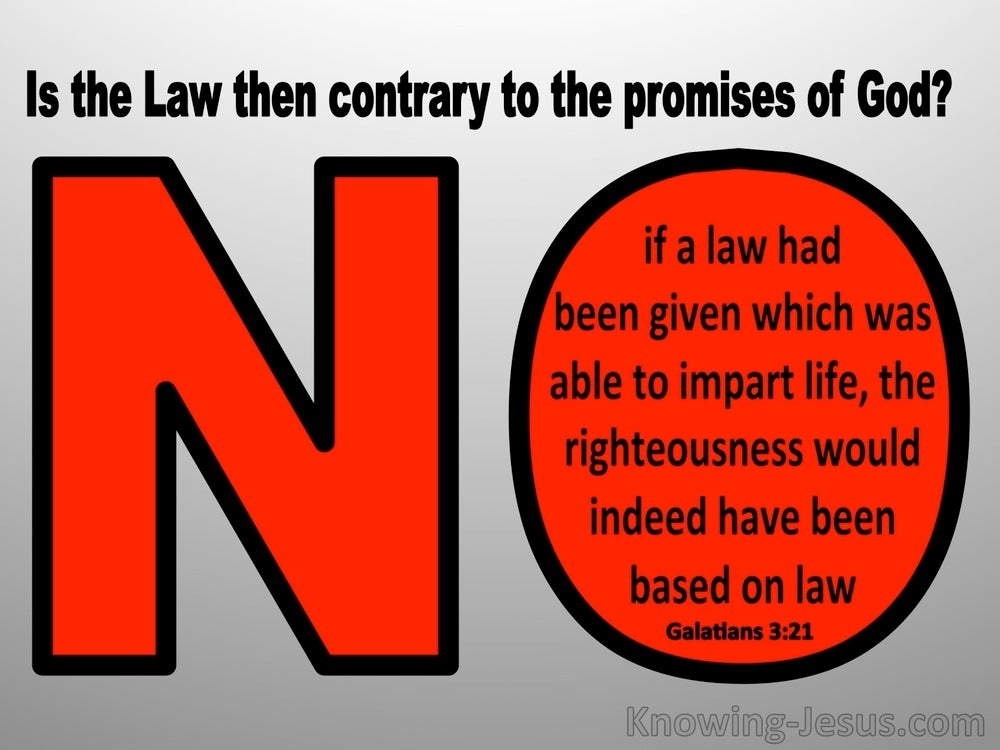 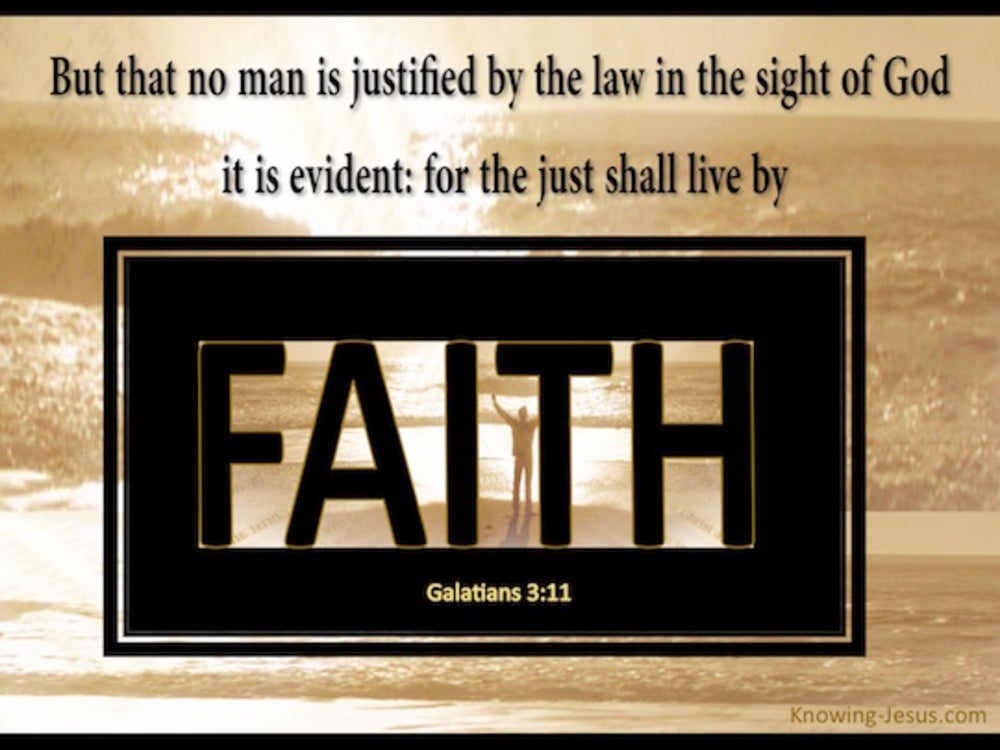 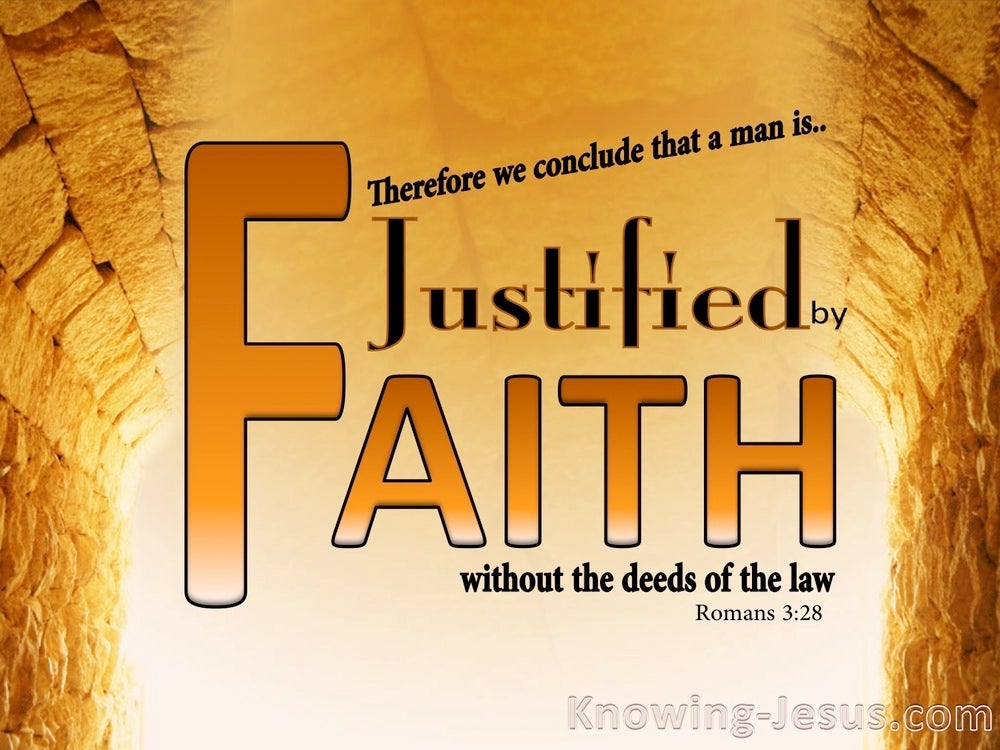 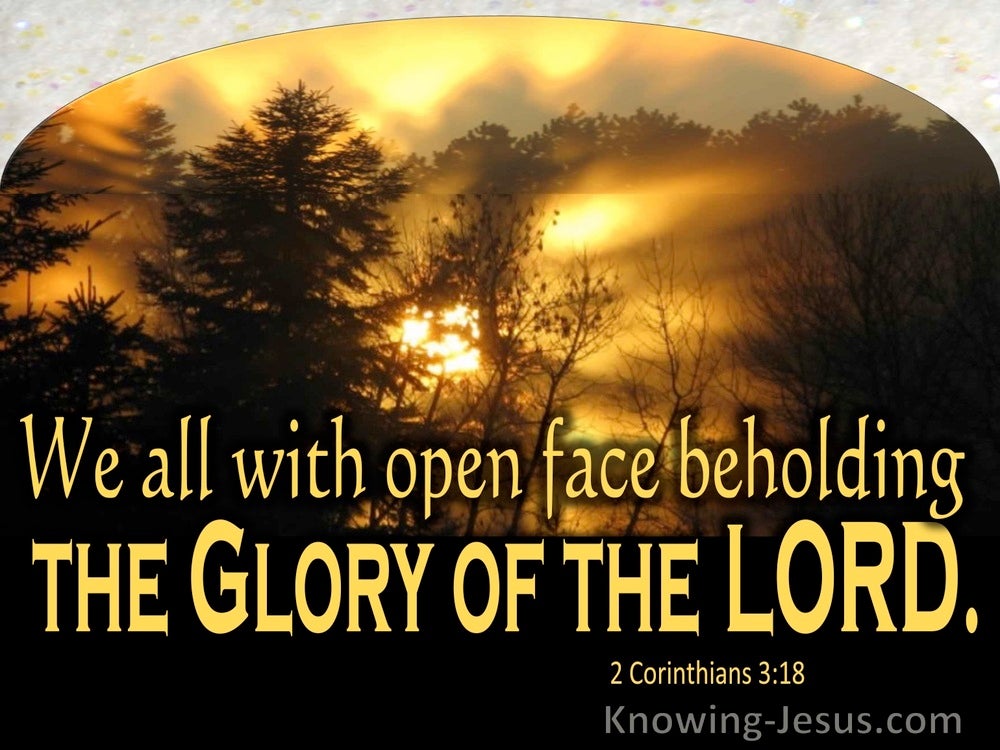 Galatians 3:24
Verse Concepts
Righteous By FaithlawSchoolevil, warnings against
Law, And GospelJustification By FaithSchoolsJustification Is Not By The Law

Therefore the Law has become our tutor to lead us to Christ, so that we may be justified by faith.

Now we know that whatever the Law says, it speaks to those who are under the Law, so that every mouth may be closed and all the world may become accountable to God; because by the works of the Law no flesh will be justified in His sight; for through the Law comes the knowledge of sin.

For what the Law could not do, weak as it was through the flesh, God did: sending His own Son in the likeness of sinful flesh and as an offering for sin, He condemned sin in the flesh, so that the requirement of the Law might be fulfilled in us, who do not walk according to the flesh but according to the Spirit.

For whoever keeps the whole law and yet stumbles in one point, he has become guilty of all.

Galatians 3:21
Verse Concepts
God's Promise To AbrahamJustified By WorksLife Through Keeping The Law
Far Be It!Salvation Not By WorksGod Opposing

Is the Law then contrary to the promises of God? May it never be! For if a law had been given which was able to impart life, then righteousness would indeed have been based on law.

What shall we say then? Is the Law sin? May it never be! On the contrary, I would not have come to know sin except through the Law; for I would not have known about coveting if the Law had not said, “You shall not covet.”

For as many as are of the works of the Law are under a curse; for it is written, “Cursed is everyone who does not abide by all things written in the book of the law, to perform them.” Now that no one is justified by the Law before God is evident; for, “The righteous man shall live by faith.”

For we maintain that a man is justified by faith apart from works of the Law.

I do not nullify the grace of God, for if righteousness comes through the Law, then Christ died needlessly.”

who also made us adequate as servants of a new covenant, not of the letter but of the Spirit; for the letter kills, but the Spirit gives life. But if the ministry of death, in letters engraved on stones, came with glory, so that the sons of Israel could not look intently at the face of Moses because of the glory of his face, fading as it was, how will the ministry of the Spirit fail to be even more with glory?read more.
For if the ministry of condemnation has glory, much more does the ministry of righteousness abound in glory. For indeed what had glory, in this case has no glory because of the glory that surpasses it. For if that which fades away was with glory, much more that which remains is in glory. Therefore having such a hope, we use great boldness in our speech, and are not like Moses, who used to put a veil over his face so that the sons of Israel would not look intently at the end of what was fading away. But their minds were hardened; for until this very day at the reading of the old covenant the same veil remains unlifted, because it is removed in Christ. But to this day whenever Moses is read, a veil lies over their heart; but whenever a person turns to the Lord, the veil is taken away. Now the Lord is the Spirit, and where the Spirit of the Lord is, there is liberty. But we all, with unveiled face, beholding as in a mirror the glory of the Lord, are being transformed into the same image from glory to glory, just as from the Lord, the Spirit.

So then, the Law is holy, and the commandment is holy and righteous and good.