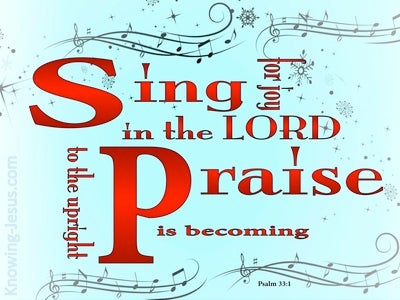 And David arose and went with all the people that were with him from Baale of Judah to bring up from there the ark of God upon which the name of the LORD of the hosts is invoked, who dwells there between the cherubim. And they set the ark of God upon a new cart and brought it out of the house of Abinadab that was in Gibeah, and Uzzah and Ahio, the sons of Abinadab drove the new cart. And when they brought it out of the house of Abinadab, which was at Gibeah, with the ark of God, Ahio went before the ark.read more.
And David and all the house of Israel danced before the LORD with all manner of instruments made of fir wood, even on harps and on psalteries and on timbrels and on cornets and on cymbals.

And David went up with all Israel to Baalah, that is, to Kirjathjearim, which is in Judah, to bring up from there the ark of God the LORD, who dwells between the cherubim, whose name is called on it. And they carried the ark of God in a new cart out of the house of Abinadab, and Uzza and his brother drove the cart. And David and all Israel played before God with all their might, with songs and with harps and with psalteries and with timbrels and with cymbals and with trumpets.

After that thou shalt come to the hill of God where the garrison of the Philistines is, and it shall come to pass when thou art come there to the city, that thou shalt meet a company of prophets coming down from the high place with a psaltery and a tambourine and a pipe and a harp before them; and they shall prophesy.

And at the dedication of the wall of Jerusalem they sought the Levites out of all their places, to bring them to Jerusalem, to keep the dedication with gladness, both with thanksgiving and with singing, with cymbals, psalteries, and with harps.

and the Levite singers, all of those of Asaph, those of Heman, and those of Jeduthun, together with their sons and their brethren, being clothed in white linen, having cymbals and psalteries and harps, stood at the east end of the altar, and with them one hundred and twenty priests sounding with trumpets).

And the king made of the brazil wood banisters for the house of the LORD and for the king's houses, harps also and psalteries for the singers; there never had been such brazil wood, nor was it seen again unto this day.

And the king made of the brazil wood stairs to the house of the LORD and to the king's palace and harps and psalteries for the singers, and such wood had never been seen before in the land of Judah.

And David spoke to the chief of the Levites to appoint of their brethren as singers with instruments of music, with psalteries and harps and cymbals sounding, and to lift up their voice with joy.

Asaph, the chief, and next to him Zechariah, Jeiel, Shemiramoth, Jehiel, Mattithiah, Eliab, Benaiah, Obededom: and Jeiel with psalteries and with harps, but Asaph resounded with cymbals; and Benaiah and Jahaziel, the priests, with trumpets continually before the ark of the covenant of God.

Moreover David and the captains of the host separated unto the ministry the sons of Asaph and of Heman and of Jeduthun, who should prophesy with harps, with psalteries, and with cymbals; and the number of men that were suitable for the work of their respective ministry was,

Psalm 71:22
Verse Concepts
I Will Praise You With MusicinstrumentsGod, Holiness Of
HarpsMusical Instruments, types of

I will also praise thee with an instrument of the psaltery, O my God; unto thee will I sing thy truth with the harp, O thou Holy One of Israel.

Rejoice in the LORD, O ye righteous, for to the upright praise is beautiful. Celebrate unto the LORD with harp; sing unto him with the psaltery and an instrument of ten strings. Sing unto him a new song; play unto excellence with joy.

My heart is ready, O God, my heart is willing; I will sing and give praise. Awake, my glory; awake, psaltery and harp; I myself will arise early.

Sing aloud unto God our strength; make a joyful noise unto the God of Jacob. Take the song and play the timbrel, the harp of joy with the psaltery.

It is a good thing to give thanks unto the LORD and to sing praises unto thy name, O most High: To show forth thy mercy in the morning and thy faithfulness every night upon an instrument of ten strings and upon the psaltery, upon the harp with a pleasant sound.read more.
For thou, O LORD, hast made me glad with thy work; I will delight in the works of thy hands.

O God, my heart is fixed; I will sing and give praise; this is my glory. Awake, psaltery and harp; I will awake the dawn.

I will sing a new song unto thee, O God; upon a psaltery and an instrument of ten strings I will sing praises unto thee.

Therefore, when all the peoples heard the sound of the cornet, flute, harp, sackbut, psaltery, and every musical instrument, all the peoples, nations, and languages, fell down and worshipped the statue of gold that Nebuchadnezzar the king had raised up.

that when ye hear the sound of the cornet, flute, harp, sackbut, psaltery, dulcimer, and of every musical instrument, ye are to fall down and worship the statue of gold that Nebuchadnezzar the king has raised up:

And the harp and the viol, the tambourine and flutes and wine are in their feasts; but they do not regard the work of the LORD, nor consider the work of his hands.

And his brother's name was Jubal; he was the father of all those who play the harp and organ.